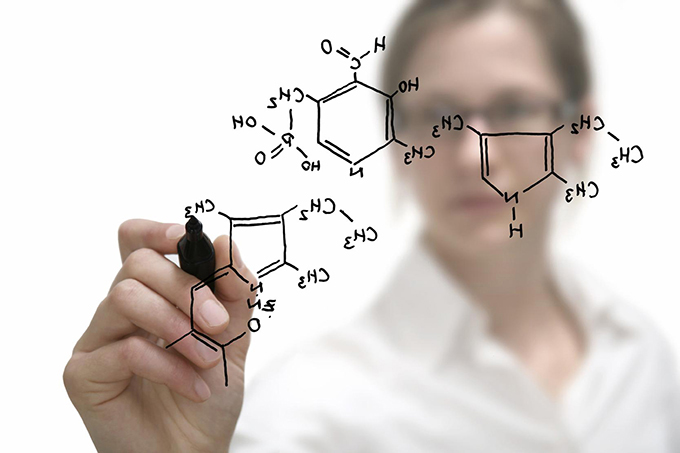 When I first started doing experimental biology, I noticed that we only looked at males.

I was in a fly lab — a very good one — and we could have looked at males or females, or both, but we didn’t. We collected female flies to mate, of course (flies need males and females to reproduce, just like humans), but we ran all of the experiments on males. We weren’t alone.

Many labs I interacted with did the same thing. In fact, most of the labs I talked to only worked with males. Some couldn’t remember when they had last tested a female subject. Maybe coincidentally, maybe not, all of the labs I can remember talking with were run by men.

If pressed for a reason why they only tested males, the usual answer was that biology was biology and what we find in males, we find in females, but females were more variable. I’ve even written a sentence stating this in a paper.

Sample size is almost always an issue in science. More samples allow better resolution, allow us to detect smaller changes and more accurately quantify larger ones, but increase time and cost — and time and money are at a premium. This trade-off leads to a common approach: If females are just hypervariable males, then don’t waste resources on them — instead focus on males.

But what if they’re not? What if females aren’t just wonky males? What if female biology is unique? What if male-dominated labs are focusing on male subjects because at some unconscious level men are basically dicks? Or at least acting like them.

Diversity in flies but not the lab

For the little more than a decade that I’ve had my own lab, I have made a living connecting genetic diversity and biological complexity. My research group essentially asks: How does the amazing amount of variation that we see in DNA at the genome level translate into the phenomenal amount of complexity that we see in biology?

My group does a lot of work with Drosophila melanogaster — the fruit fly that may be buzzing around your fruit bowl as you read this. (Yes, I know how to get rid of them. No, I won’t tell you.)

We work with flies for a number of reasons, but one of the most important is that it’s possible to easily look across many lines of flies, each similar, but each genetically distinct. There are hundreds of fly lines available. We can, and have, even worked with flies we collect from the compost bin in my back yard. 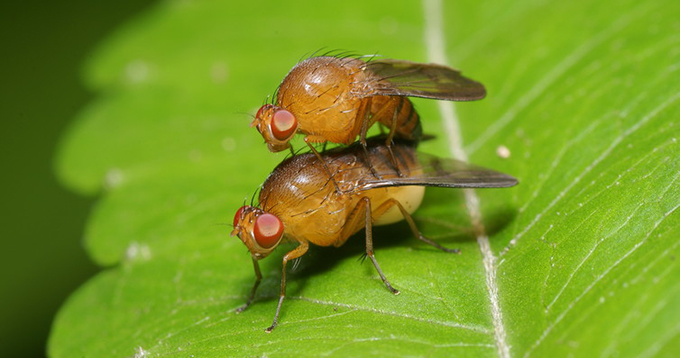 Female fruit flies —like other organisms — are generally used in research only to breed more of the species. Shutterstock

Each line is similar but also distinct. Think of human families or individuals. Each family is very similar, but with unique genetic features that may, or may not, change their biology. Fly lines are similar. They’re often established from a single female fertilized in the wild and then maintained in the lab. By including many fly lines in an experiment, we can ask questions about the biology of flies in general and then, by extrapolation, about biology in general — about us.

Using this approach, we found that genetic diversity is incredibly important. Different lines of flies, all of the same species and often from very similar areas, respond and react differently. We have shown that genetic diversity impacts how a fly reacts to chemical stress, to starvation, to mutations in the genome, even how chromosomes talk to each other.

Given the importance of genetic diversity, why have we continued to focus only on males? There are a series of answers. Maybe the easiest is: Because that’s what we’ve done in the past and we’re continuing to work that way.

Females really are different than males

Recently, a student in my lab, Courtney Lessel, completed a study in which we actually tested whether males and females are similar, and if one or the other were more variable. It essentially asked: Are females just hypervariable males?

Broadly, Courtney was studying how genetic complexity modified biological changes driven by mutation in an enzyme, Superoxide dismutase, used by flies — and humans — to neutralize environmental toxins and harmful byproducts of metabolism. The specific mutation we used, called a “knock-out,” shortens their lifespan and generally makes them unhealthy and unhappy. Courtney tested seven different biological characters (phenotypes), across eight different lines of flies (genotypes), and quantified the effect of the mutation, including the magnitude of the effect, the genetic background, and sex.

Now, given that I’m writing this, you can guess what we found: Females are not simply hypervariable males.

Generally, males and females actually did respond in similar ways. By a large margin, the knockout mutation had the largest effect. We expected this response.

Somewhat to our surprise, genetic background couldn’t overcome mutation. Essentially, we chose the lines to have large effects, but found that even still, the mutation had the largest effect. Unexpected, but sort of cool.

The most striking result, however — and the reason for this article — was that in some cases, males and females were distinctly different. It wasn’t simply that one sex showed a reduced or exaggerated response or behaviour, but that the biology was in fact reversed.

If we had limited our study to only males — as we sometimes have — or only females, not only would we have failed to reach a conclusion, we would have drawn the wrong conclusion.

Equally important, given the variability arguments against including females in studies, females were no more variable than males. Bottom line: Females and males are often similar, but biologically distinct.

I’ve been saying for many years that to understand a system, to really answer a question in biology, you have to incorporate genetic diversity, look across multiple genotypes. This paper, and others like it, mean that I need to say just as forcefully: You have to incorporate both male and female subjects.

Many funding agencies now require the inclusion of both male and female subjects or an explanation of why studies are only done in one sex. Surprisingly, this doesn’t seem to have translated to studies actually doing just that. Of course, more funding for basic research would help us increase those sample sizes and still stay on budget. And this would be a great thing – as long as it didn’t just lead to continuation of the status quo of more male-biased research.