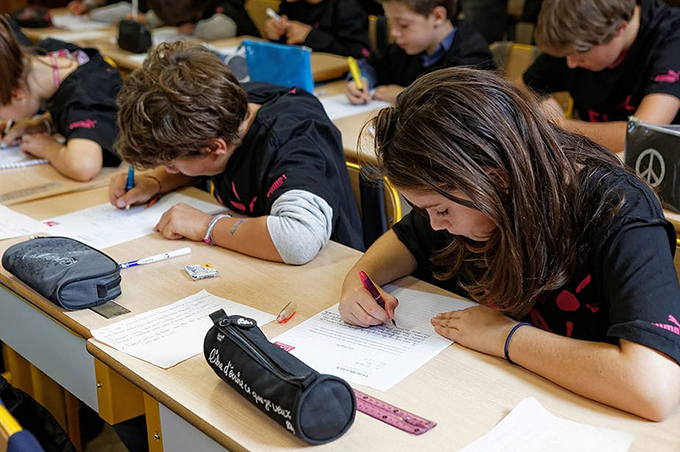 As you begin reading this article, you may be wondering how a mere mortal dares to ask a question like the title. Because you think that the evolution of the rules governing the use of French is the sole responsibility of immortals sheltered under the dome of the French Academy. But, as the Academy rightly recalls in the preface to the first edition of its dictionary, in 1694:

“We must recognize the use of the Spelling Master as well as the choice of words. It is the practice that leads us imperceptibly in a way to describe to the other, and which alone has the power to do so “.

Moreover, since its creation, the Academy makes it a point of honor to remind regularly that it does not create use. This was the case, for example, in 2016 when she took a vigorous stance against spelling corrections:
“The Academy has reaffirmed that it is not up to the political power or the administration to legislate or regulate in terms of language, the use, supreme legislator, only accounting for natural evolutions of the language, which attest its own vitality “.

Moreover, a quick glance at these two quotes from the same illustrious institution shows a clear evolution of the graphic standards between 1694 and 2016. We note, for example, the addition of accents and the disappearance of the letter s changing the pronunciation of e as in writing (to pronounce write). These changes are due in particular to the reading habits, the s of this type having begun to pronounce. This is why today we have doublets such as window / defenester and hospital / hospital. Likewise, where one pronounces è and has evolved to the graphie ai.

The challenge of pronunciation

As we can see here, pronunciation is one of the drivers of graphic change. And that’s good because the results of the research show that the correspondence graphy-pronunciation facilitates the learning of reading and writing. G. Thorstad showed in 1991 that it takes one year for an Italian child to appropriate reading and spelling, where it takes between three and five years for an English child. In Italian, the correspondence between writing and pronunciation is more regular than in English or French.

The two main drivers of evolution would therefore be, on the one hand, the use of speakers and, on the other hand, pronunciation. What about the agreement of past participle in light of these two parameters?

If the agreement of the past participle with the auxiliary being is still alive, it is not the same with the auxiliary to have. There are many studies in contemporary French that attest, both oral and written. First, note that there are few contexts where it is likely to be audible. D. Gaucher, in a 2013 article, found only 330 examples in nearly 6 million oral words (536 hours of recordings). And of these 330 examples, just over half are not granted.

On the writing side, contexts where a chord mark is expected are more common. However, studies show that it is often absent or incorrect. In a study published in 2008, C. Brissaud and D. Cogis propose the following graph: 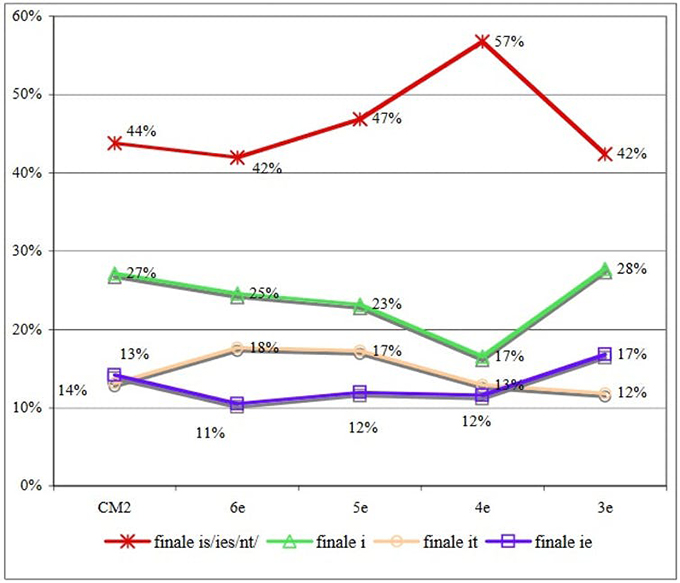 Various final forms made to meet in the dictated sentence: The branches distribute in various channels the sap that the roots had gathered in the trunk. . Source: Catherine Brissaud and Danièle Cogis

It can be seen here that the correct agreement is systematically a minority of CM2 to the third grade. But worse: the rules surrounding the past participle would be confusing, parasitic learning other rules. And we must not underestimate the number of rules to know for the only past participle: about thirty pages in the Good Usage of Mr. Grevisse are dedicated to him!

In French, subject-verb agreement is already difficult to master. But in addition, the speakers must ask themselves if there is not a COD somewhere, this one then controlling the agreement of the verb. And as the graph above perfectly illustrates, it is hypocritical to consider that this agreement is mastered at the end of college.

Moreover, these rules are contrary to the way in which one learns a language, namely by automating operations. However, these rules are almost impossible to automate. This explains why a large number of speakers do not master them (or in a superficial way) and why we spontaneously create other rules that resemble strongly those found in ancient grammars.

At this point in the article, you have to wonder why we did not try to change these rules sooner. In fact, this debate has existed since the agreement of the past participle is used in French. To speak only of attempts more or less recent, in 1900 a decree advocating the absence of agreement when there is the auxiliary have is published. It will be deleted and replaced in 1901.

In 1976, a text, still in force, asks not to count as errors part of the agreements if they are not made. But without reforming its teaching and without this circular being really applied or just known. And the orthographic corrections of 1990 introduce a minor modification. The awareness that the agreement of the past participle poses a problem is therefore old, but like any evolution of the norm to be taught, it comes up against the hostility of a part of the population.

Two former French teachers in Belgium decided to relaunch this debate. Let us hope that the proposals they defend can finally be discussed calmly, taking into account the scientific knowledge on the issue. These proposals are supported by the French Language Council and the Language Policy of the Wallonia Brussels Federation, the International Council for the French Language and the International Federation of French Teachers.

The language evolves. The standard and its teaching must do the same.

Author Bio: Christophe Benzitoun is an Associate Professor of French Linguistics at the University of Lorraine