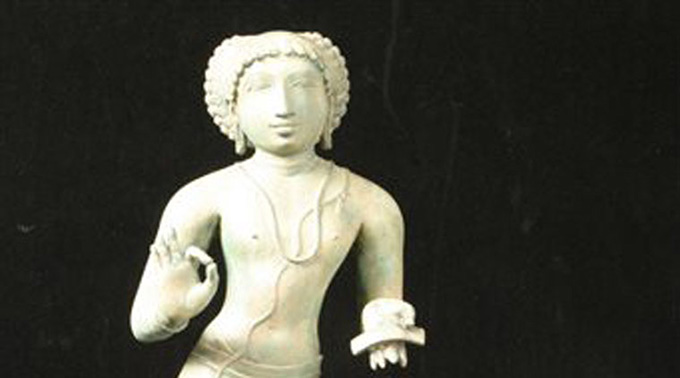 At the Marcia Blaine School for Girls, Miss Jean Brodie’s students are “the crème de la crème”. They keep their own counsel and wear their Panama hats tipped back, ardently clustering, like disciples at Miss Brodie’s feet, under the elm tree in the school garden.

In Muriel Spark’s novel of 1961, set during the 1930s, the superior Miss Brodie, with her casual penchant for the fascisti and a passion for the art teacher, shapes young minds with her clipped Edinburgh accent and arched brow. In her classroom, a poster of prime minister Stanley Baldwin is sternly emblazoned with the slogan “Safety First”, but safety, she explains, icily, to her wards, “does not come first. Goodness, Truth and Beauty come first.”

Some teachers seem hard to resist. They can command a classroom and our character at once, eliciting worship like an ancient idol in a temple. Sometimes it is confidence, charisma, a cutting wit: a sense of minor celebrity or an aura of genius that draws a crowd. Sometimes, it is nothing at all – or, at least, not anything easily apparent to an outsider. It is, instead, a mysteriously self-perpetuating cycle with no discernible beginning, nor end: the torch of youthful adoration passed conscientiously from one generation of students to the next.

Universities are hierarchical spaces even as they claim to be meritocratic. How could they not be when knowledge and power are distributed so unequally? The relationship between staff and student is always implicitly one of mastery and supplication, the authority of one secured by the submission of the other. We call them students, but sometimes they are acolytes, attendants and apprentices, the most fortunate ones granted approbation like a benediction, the anointed inheritors of a tradition.

Why is it, then, that while we despise nepotism in public life and vigilantly squash signs of favouritism in the workplace, patronage remains an unquestioned currency in our profession?

Academic circles are so hazardously criss-crossed with rival allegiances and elbowing schools of thought that you might sabotage your entire career with a stray thought or a critical word. We think our profession a noble one that recognises only brilliance and endeavour, but we are loyal to lineages and call on tribal alliances to secure scholarships, fellowships and jobs. These are the de facto modes of conduct and engagement in our workplace, and we rarely choose to question the status quo. Why would we dare to? Those of us fortunate enough to have secured jobs know that we are its beneficiaries. To discredit professional judgement is to undercut our entitlement, our sense of a deserved validation won.

And yet the question of who it is we seek to take advice from is profoundly serious. Our academic culture of patronage and discipleship is not always innocent. In his 1923 book of fables, The Prophet, Kahlil Gibran famously describes the child as the errant arrow that a parental bow must release. But supervisors and mentors don’t always let go, fashioning their charges in their own image instead, keeping them close and sharpening them to prick their enemies.

Gathering together a cluster of academic devotees is no casual pastime, happily free of sexual, racial or religious politics. Who doesn’t know the charismatic or clever supervisor who collects photogenic graduates like trophies? And haven’t some of us succumbed to this folly ourselves, falling at the feet of some glittering star of the intellectual firmament? We call them “schools of thought” as though they were dignified and intellectualised, but the discomforting truth is that they are not always so different from cults.

Ours is a profession with strange mores and unregulated habits of personal engagement. When we are challenged to examine standards of behaviour or to confront the most awful abuses of power, we can close ranks or cower, citing our critical freedom or our liberal largesse. At its very worst, our culture colludes in lionising and venerating undeserving individuals, indemnifying them from external assault and insulating them with a sense of their own unassailability.

In the 1989 film Dead Poets Society, Robin Williams’ Mr Keating is the inspirational English master at the fictional Welton Academy, an elite Vermont boarding school. He leaps on to tables and energetically exhorts “his boys” to “seize the day” and make their lives “extraordinary”. The US comedy show Saturday Night Live once lampooned the film’s sentimentality with a sketch in which an enthusiastic student clambers on to a desk only to be decapitated by a ceiling fan. Perhaps we ought to follow the satirists’ lead, puncturing the pretensions of those exclusive cliques headed by apparently brilliant academic minds, laughing at their uncritical adherents. And we should, of course, follow the advice of Groucho Marx, who scorned the membership of any club stupid enough to admit him.

At some point in all our careers, we realise that we are no longer the precocious student genuflecting at the temple. But the object at that point should not be to install ourselves in the place of our retiring former idols. It should be to lend whatever limited knowledge, power and understanding we have to the fair and selfless advancement of others. Mentors can be forged from trusted friendships but also found in new places. I asked a new acquaintance recently why she was so inexplicably kind to me, and what I could do in return.  “Remember to send the ladder back down once you’ve climbed up it,” she replied.