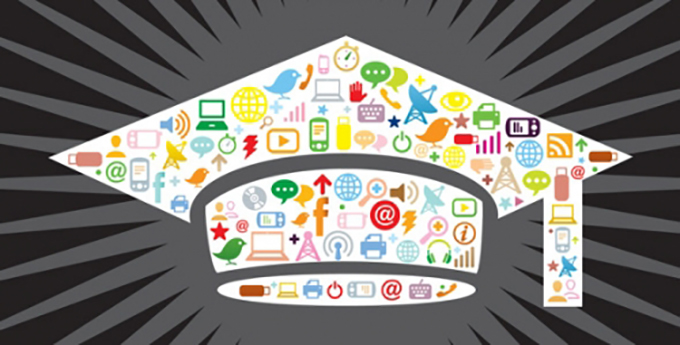 Times Higher Education’s timely and thought-provoking feature article on the ups and downs of social media in academia struck a loud, resonant chord with me. A few years back I deleted my Twitter account, subsequently blitzed my personal YouTube channel, and put my blog on an extended hiatus. This act of social media suicide – as my soon-to-be-teenage daughter likes to refer to it – was prompted by a number of the factors described, or alluded to, in the article: the toxicity, the time-wasting, and the sheer, utter stupidity of indulging in pointless playground spats online.

My personal Twitter nadir came in a 1:00 am exchange with Louise Mensch where her riposte to a carefully crafted tweet was “LOLOLOLOLOLOLOLOL!!!”. Followed by a tweenage meme. Sigh. What was I doing with my life? (On the plus side, I was blocked by the legend-in-his-own-lunchtime that is Milo Yiannopoulos after just two tweets. With Deepak Chopra, one tweet was enough…)

I’m not going to repeat the reasons behind my disconnection and distancing from social media. For those masochistic enough to be interested in all the tedious detail, it’s available at the now resurrected blog. Nor am I going to trot out some trite, patronising, vacuous, TED-esque “Twelve Reasons You Too Should Shut Down Your Social Media Accounts” self-help guff. Not this time, at least. I’m not entirely blameless when it comes to the listicle thing, however.

Social media platforms are just tools for communication. And, as Sara Custer highlighted, not only do most academics like to communicate, communication is our core “business”. We also tend to be a fairly argumentative species. From that perspective, the social media ecosystem is our natural habitat in many ways.

But one aspect of social media engagement that is still not sufficiently recognised by universities in their headlong rush to encourage as many of their academics, and, increasingly, students, to connect online (so as to maximise that all-important impact factor) is just how toxic it can get.

And that toxicity can bleed offline into real life. While Custer’s article highlights how universities consider the potential effects of social media posts and profiles on their brand, both positive and negative, many of those august institutions seem less concerned about highlighting the downsides of a social media profile to their staff. Even more worryingly, they are not always as supportive as they could be when things go wrong. That’s not a veiled criticism of the my own institution, the University of Nottingham, by the way. The school here is very supportive and our HoS is active on a variety of social media platforms and well aware of the risks.

Whitney Phillips, Angela Nagle, and Mike Wendling have each convincingly argued this point in This Is Why We Can’t Have Nice Things, Kill All Normies: Online Culture Wars from 4chan and Tumblr to Trump and the Alt-Right, and Alt-Right: From 4chan to the White House.

And yet when I speak at academic meetings and workshops whose focus is the application and exploitation of social media, I find that there is often a worrying lack of appreciation of just how bad it can get.

Mention of GamerGate and Anita Sarkeesian, for example, draws blank stares and a lack of raised hands when I ask those in attendance if they’re familiar with the torrents of abuse and threats that Sarkeesian and others have received. Here’s just one week of Sarkeesian’s Twitter feed from a few years back. I also strongly recommend this video to any student or academic thinking about posting their research online.

I’m a middle-aged physicist whose research focuses on pushing, poking, and prodding single atoms. And I’m a bloke. As compared to a female PhD student in, oh, let’s say, gender studies, I have it ridiculously easy indeed when it comes to communicating my research online.

But it’s not just gender studies that’s in the firing line. Certain online gurus, including the lobster- and dragon-fixated Jordan B. Peterson, would have it that entire schools of education, sociology, English, and swathes of the humanities are all deeply suspect at best, fundamentally corrupt at worst and, as befits those champions of free speech, should be shut down forthwith. Peterson, for one, has a substantial flock hanging on his every word.

University management and funding bodies need to inform themselves about how toxic it can get on social media. Too often, their perception seems to be that there’s an adoring public “out there” waiting with bated breath to hear about the latest research findings. This is breathtakingly naive. For many, academics and experts are part of the problem, not the solution. Universities need to start thinking beyond the brand.

Author Bio: Philip Moriarty is a professor of physics at the University of Nottingham.