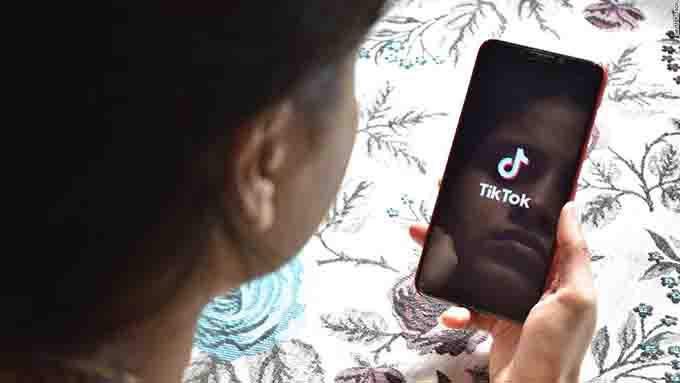 TikTok is the most downloaded application in the world, already with more than 1.6 billion downloads to its credit since the start of the year, according to the firm Sensor Tower . Present in 150 countries, it has around 150 million active daily users. Before winning in Europe, it was very popular in Asia, especially China and Japan.

With more than 2.5 million downloads in recent months in France, TikTok holds a major place today in the smartphones of French adolescents. Specializing in music and dance, it allows them to film themselves singing in playback or performing a choreography.

A taste for challenges

First of all, we must see that the platform constantly offers all “TikTokers” to respond to challenges . The latter arouse a very strong commitment among adolescents.

The type of challenges that adolescents engage in differs by gender. Boys are more attracted to those who invite them to reproduce dangerous actions on video, in particular the “Skull Breaker Challenge”, very dangerous, which is currently circulating (the principle of which is to make a double trip by surprise to a person who jumps in place, to broadcast the video on the network).

For girls, the platform is rather the scene of the expression of an excessive narcissism where the cult of the body takes precedence. For example, the “prettierchallenge” or “the challenge to become pretty” challenge has become popular in the United States, prompting young girls to post videos of themselves in the hope of garnering the most likes and comments. positive about their physical appearance.

Why do adolescents today lend themselves so much to these games? Does being a girl or a boy change the degree of involvement on the platform? Remember that in adolescence, the challenges are understood as means of constructing one’s identity. Adolescents seek to discover the world around them by exploring new experiences; which generally leads to the unforeseeable and the uncontrollable, and therefore to the adoption of risky behaviors in the form of challenges.

Adolescence is also a time when you assert your personality, by transgressing the rules and the limits, while seeking to build a positive image with friends and girlfriends. In summary, there are two spheres of vulnerability, directly linked to the different spheres of identity construction of the subject: the social (peer group pressure and the need for transgression), and the intimate ( self-esteem ). .

The suffering of girls is more likely to internalize while it borrows from boys rather the form of demonstrations of strength, such as behaviors of provocation , defiance, transgression.

TikTok unleashes a new form of creativity in content shared by teens. Indeed, new challenges are put forward daily such as imitating a robot, illustrating his summer, or getting old, and the platform offers to achieve them an integrated, simple and efficient editing software. The other networks would not have 10% of this creative potential. Teens go to TikTok to play, to move around, but also to craft.

Digital technology can help young people develop versatility and creativity. They participate in the process of co-creating products and online communication campaigns. These specificities have not escaped the notice of brands who also want to surf trends and reach younger audiences.

Before we spent two months in confinement last spring, parents and children each had their own social networks: adults were more on Facebook and adolescents on Snapchat and TikTok. The confinement has put families to the test and the lines of demarcation have become more blurred in certain respects: we see the massive arrival of parents and grandparents on the networks of the youngest.

Some have used TikTok for challenges and choreographies creating moments of family bonding. Celebrities like Jessica Alba, Naomi Watts, Laetitia Hallyday or even Christina Milian have lent themselves to the game with their children during confinement. The coronavirus crisis has thus put the accent on a lightness of the network which can appeal to a larger public.