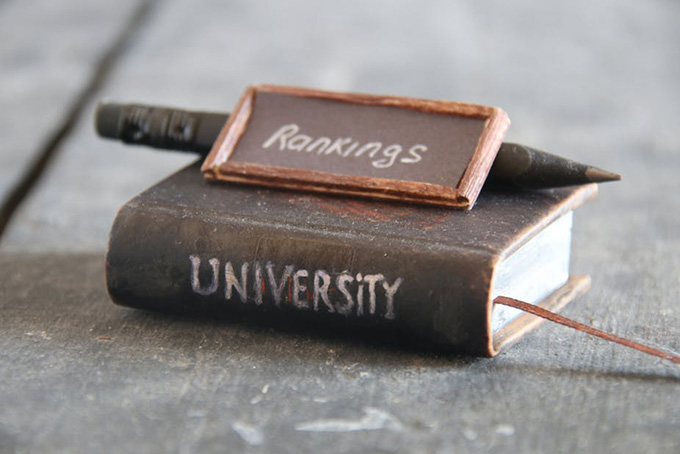 Once again, Times Higher Education’s annual global university rankingshave drawn a lot of attention from the media and in the higher education sector. In South Africa, this has focused on the four institutions from the country that made the top 500 on the 2019 list.

But what does this signify? Has the quality of these universities’ offering improved? Is there a correlation between quality and ranking? Far from it. All it indicates is that in the 2019 rankings, they performed better on either one or all of the criteria used in determining rankings.

For instance, if a university received a major research grant for 2019, its research income increased. That’s one of the criteria used and so it climbs in the rankings. But it tells us nothing about the quality of research at that institution.

The ranking system is based on a snapshot of institutional performance in a given year. It’s a zero-sum game: a gain by one institution is necessarily a loss by another.

And as Chris Brink, a former university Vice-Chancellor, shows, the rankings have no scientific validity. He points out that the different ranking systems – Times Higher Education is just one among many – produce different results based on the criteria used and the weighting assigned to each. A small change in the weighting results in significant changes in an institution’s ranking.

South African universities need to stop playing the game. There is no reason to. The government exerts no pressure on universities around rankings. The problem is that South Africa has a fixation on becoming “world class”. This is indicative of a lack of self-confidence in its own abilities and competence; a hangover from the isolation of the apartheid past and a colonial inheritance.

The wrong priorities</h4>
Rankings have perverse and distorting effects on the role and function of institutions in national higher education systems.

Research is a key criterion for rankings. This discourages institutional diversity. All institutions strive for research-intensive status irrespective of their context, capacity and resources. This has been the main stumbling block to creating the sort of differentiated system that’s needed to address South Africa’s knowledge and skills needs.

Differentiation would be based on a continuum of institutional types: some offering vocational and technical diplomas; others focused on undergraduate formative and professional degrees; and the research-intensive institutions focusing on postgraduate degrees and research.

But a differentiated system remains elusive.

Meanwhile, teaching is undervalued. Meeting research output targets is the key performance indicator. This generates income and boosts rankings. Senior professors, who tend to be more research productive, are often absolved from undergraduate teaching to focus on research. This diminishes the students’ learning experience. They are not exposed to developments at the cutting-edge of their chosen field of study to excite their curiosity and interest.

Finally, the criteria used in all the ranking systems – research outputs and income, staff-student ratios, international staff and students, staff qualifications, Nobel laureates and so on – are biased in favour of institutions in the developed world. And while some developing countries such as China are making inroads into the top 100, this is due to sustained and high levels of economic growth. This has enabled large investments in higher education that’s beyond the reach of developing countries in general.

It’s time for South African universities to remove themselves from this game. But why are they playing in the first place?

The standard institutional response is that the rankings matter to students, parents and employers. It matters because institutions make it matter. They highlight their rankings (and how they compare to other institutions) for competitive reasons, trying to attract the best and brightest.

But quite frankly for the country’s research-intensive universities, this competition is at the margins.

Rankings should not be South African universities’ raison d’etre. They should focus on building a quality higher education system that is responsive to the challenges that face South Africa in the 21st century.

This requires a diverse and differentiated higher education system based on institutional collaboration rather than the market-driven competition that results from participation in global rankings.

Professor Adam Habib, the vice-chancellor of the University of the Witwatersrand, has reportedly suggested that South African universities should withdraw from rankings. This is a step in the right direction. Are his colleagues ready to rise to the challenge?