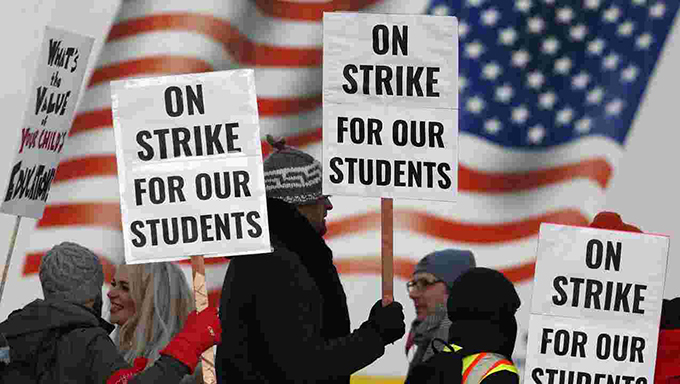 Nathan Favero, an education policy expert at American University, answers three questions about the effectiveness of performance-based pay and how its elimination will impact education in Denver.

How did performance affect teachers’ pay?

While teachers’ base salaries were mostly determined by their education levels and teaching experience, in Denver public schools, teachers also got substantial bonuses based on a number of other factors, including performance.

The main performance-based bonus went to teachers in schools where students performed particularly well on standardized tests. If a school was designated as high-achieving, then all teachers in that school received the bonus that year. The size of bonuses for teachers working in recognized schools varied from year to year, but amounts have been as large as US$5,100 per teacher.

Even after 2015, individual performance pay was still used in one set of schools. Every year, the district identified 30 “highest priority” schools. Teachers in these schools could receive bonuses based on individual performance evaluations. These evaluations rated teachers based on several data sources, including students’ standardized test scores, surveys filled out by students, achievement of student learning goals set by the teacher and classroom observations conducted by school leaders or peers.

How effective is pay-for-performance?

One analysis found that performance incentives caused a tiny increase in math scores, but even these small gains were offset by slight drops in reading and writing scores. Other analyses found no evidence of any effect on standardized test scores.

Despite lackluster results on standardized tests, Denver’s pay-for-performance system may have helped a bit when it comes to retaining teachers. One analysis estimates that the city retained up to 160 teachersper year who otherwise would have quit if it wasn’t for the performance pay system. Given the fact that the district had 3,700 teachers at the time of the study, this means about 4.3 percent of Denver’s teacher workforce was potentially retained because of the pay system. Another analysis indicates that the retained teachers were better-than-average teachers, which makes them particularly important to the district.

The limited success of Denver’s performance pay system may be due in part to its complexity. Researchers found through surveys and interviews of teachers that many of them did not know exactly how bonuses could be earned or even had wrong information. Many teachers also felt that the bonus system was unfair and that the individual performance evaluation could sometimes be manipulated by, for example, setting easily achievable goals to be assessed with an administrator at the end of the year.

So what changes under the new contract?

Under the new labor deal, almost all pay-for-performance is eliminated. Instead of paying bonuses to teachers in schools with impressive standardized test scores, $750 bonuses will be paid to teachers in up to 10 schools selected by a committee for excellence in areas such as health education, counseling services and community engagement. The agreement specifically states that these awards cannot be based on teacher performance evaluation data or school report cards that contain standardized test scores.

Teachers have asked for a pay system that is more predictable. The revised pay system should give them more certainty at the beginning of the year about how much they can expect to make. Students and administrators will have to hope that the district can continue to retain high-quality teachers despite the elimination of performance bonuses that may have helped persuade some of these teachers to stay in the district in the past.

Author Bio:Nathan Favero is an Assistant Professor of Public Administration & Policy at the American University School of Public Affairs