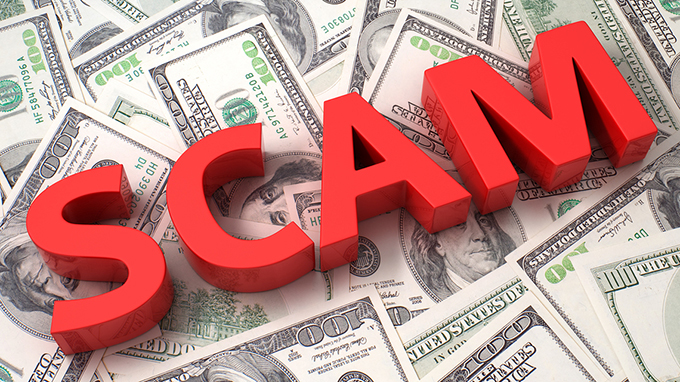 So I’ve been wandering through a Buzzfeed article of all things, which talks about the student loans. We’ve established that 15-20% of the population has these loans, that they’re inescapable, that default rates are steadily rising and, bottom line, these victims won’t be able to pay them off.

The important detail here is the 15-20%, around 50,000,000 people, is concentrated in the 20-35 age group. Yes, there are 155,000 people getting their social security checks garnished from student loans…but what are going to be the consequences of financially obliterating much of the current adult generation?

For many of us, student debt means delaying — if not entirely forgoing — homeownership, marriage, and parenthood.

Student debt forgoing marriage? As bizarre as it sounds, there’s some truth to it. If you want a wife, why pay an extra $35,000 (the average) for one? Yes, it’s possible for a male to overlook it, but some do care about such things. That might sound mercenary, but I assure the gentle reader a male with such debts will be even more hard pressed to find a female marriage partner willing to take such a negative-provider.

Parenthood likewise can be a problem. It can take a decade or two of payments before the victim realizes that he/she will never, ever, pay off the loan, and it’s tough to consider paying for a child when you’re struggling to just barely get by as it is…and still in debt.

Perhaps marriage and parenthood will work out in the end, I rather think so. But what of homeownership? A massive part of our economic system involves real estate, and “the American dream” does indeed involve owning your own home.

Realistically, a person with tens of thousands of inescapable debt will never accumulate enough money for a down payment, and it’s probable we won’t give ourselves another sub-prime mortgage meltdown again. So, housing demand will have to fall off…and now we’re going to have a problem, since falling demand means falling prices, and falling housing prices will bring everything else down with it (see also, the 2008 crisis). I guess our government could step in with another multitrillion dollar bailout, but that still leaves a problem for our student loan victims.

This new form of social stratification — between those who have student debt, and those who do not — will have ramifications for generations to come.

They’re going to be serfs, forever in debt, trapped in a system they can never escape. We could easily devolve into a society where a whole generation would be little more than feudal slaves, vulnerable to ever more financial depredation. I wish Buzzfeed had talked about this a bit more, but they have a poor reputation for a reason, I guess.

…a 28-year-old, now in her first year in the PSLF program, with $110,000 in graduate school debt. Her health insurance with a public service employer doesn’t cover specialist visits to the doctor — so she goes without, because she uses her extra income toward covering her student loans. “I basically can’t have children until I’m at least 38, and who knows if my eggs will be dead by then,” she told me. “I have pretty abysmal views that I’ll save much money at all in the next ten, twenty, THIRTY years.”

This system really is destroying much of a generation, and, insidiously, it’s targeting our brightest, the ones who go on to graduate school. The long term effects here could debilitate our modern civilization.

And if hundreds of thousands of people aren’t even saving for themselves, we’re certainly not saving for our kids’ college tuition, effectively ensuring their future monumental student debt.

Those victims who do manage to reproduce and raise children will have literally nothing to give them (except possibly the debt). I have friends who’ve used the inheritance from their parents’ homes to pay for their own or their kids’ education, so they’ve staved off the trap for a generation. But…what of the next generation? You only get to do that once, after all.

Buzzfeed never really gets to solutions, beyond talking about government forgiveness programs, programs loaded down with so many exclusions and restrictions very few people will ever qualify. A widespread repudiation of these debts would be a simpler and more fairly implemented solution.

And, of course, we need to stop the government “help” of providing student loans. Just end those, and we’ll see tuition fall to more sane levels. Our economic system doesn’t rely on tuition like it does on real estate, so this effect won’t be nearly so devastating.

The cost of education shifted from a societal investment — spread across the tax-paying public, in the name of a thriving society and economy — to an individual one. And no matter how astronomically priced that investment became, we continued to rationalize it as a worthwhile one.

The above hints at another important detail: we established our state schools because, at one point, education was to public benefit. Many of our schools have been warped from education centers to indoctrination centers, instilling an ideology which is causing harm to this country, creating not only debt serfs, not merely debt serfs with no significant kills, but also debt serfs with no skills who’ve been psychologically damaged to the point that they can’t work at a job, because they believe that the government can save them with welfare, a huge minimum wage, and free housing, paid for (if such a mundane notion is addressed at all) by looting those who have earned a living and a place to live…because that’s what our colleges are teaching, to a considerable extent.

The point being that many of our campuses are now public detriments, again paid for by the student loan scam. We really shouldn’t pay for things which hurt us (even as I bought one painful medical treatment after another for six hellish months, with an end result that the cancer is still growing in my lungs, so I concede some hypocrisy here).

Even in a culture that idolizes high-profile college dropouts (Bill Gates, Steve Jobs)…

Gee whiz, Buzzfeed, we don’t idolize those people because they’re dropouts, we idolize them because of what they’ve done for our civilization (for good or ill, I concede). That they can succeed in highly technical fields without college degrees highlights we have a problem here with our higher education system, reinforces the notion that these degrees are overpriced in terms of the skills they supposedly provide.

The article also goes into extensive discussion about students being ripped off by various debt service companies, but all such discussions come to the same conclusion: