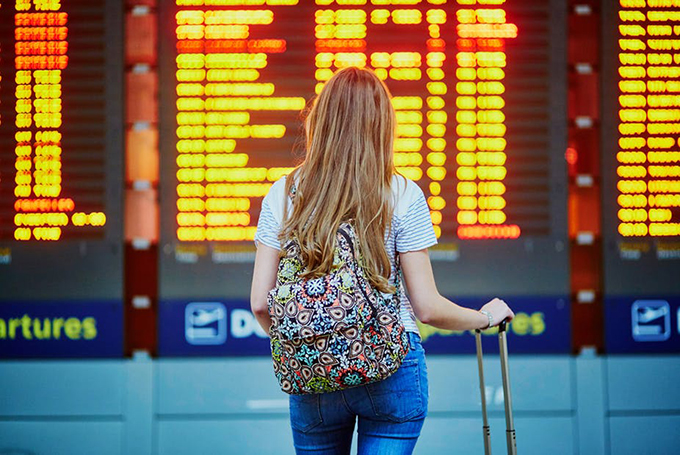 On 21 March 2019, the annual report of the European agency Erasmus + presented the results of the famous European student exchange program showing an increase in the number of beneficiaries (+33% between 2014 and 2017 for outgoing mobility from France ) and a social “democratization” of the system, now open to students in vocational training and internship.

Although since the creation of Erasmus, the number of candidates has steadily increased, the European Union has been showing more and more voluntarist the objective of allowing a greater number of young people to benefit from international mobility during their training. Last May, the European Commission proposed adding to the EU 2019 budget an additional 20 million euros for Erasmus +.

In France, the increase of Erasmus mobility grants was included in the program of almost all the lists credited with more than 5% of voting intentions in the European elections of May 26, 2019: France insubordinates, Republicans, LREM, Socialist Party and Public place. Why does this intra-European mobility remain so important and consensual?

Political objective
Erasmus is the name of a student mobility aid program set up by the European Commission in 1987. It is both the acronym for its official name (“European Community Action Scheme for the Mobility of University Students”). “) and the tribute to a great figure of European humanism of the XVI th  century, Erasmus of Rotterdam, who by his openness, his mastery of language and knowledge, countless study trips was nicknamed ” the preceptor of Europe “ .

At the time of the program’s inception, the goal is eminently political. It is a system of scholarships and a mechanism of equivalence between the courses, to encourage students from an EU member country to go to a university in another member country. Objective: the constitution of a common European identity.

Like Erasmus, the founders of the program rely on the virtues of intercultural encounters and decentering to strengthen the bonds and the capacities of dialogue between young Europeans, thus avoiding intolerance and conflicts. Initially limited to 11 participating countries (Germany, Belgium, Denmark, Spain, France, Greece, Ireland, Italy, the Netherlands, Portugal and the United Kingdom) and gradually extended to universities in 34 countries, this program has made it possible 4.4 million students perform intra-European mobility.

This number, however, represents only a very small percentage of the target group (about 1% of the student population). Because, despite its immense popularity, Erasmus has been disappointing in terms of the expected objectives. Numerous studies carried out among the beneficiaries of the program have demonstrated its elitist character.

Distinction tool
Erasmus is certainly open to all, the award of scholarships, to lift the economic brakes. Research conducted by sociologist Magali Ballatore among students from three universities (Bristol, Turin and Aix-Marseille), however, highlighted that obstacles persist when parents come from the least advantaged and less educated socio-professional categories.

In fact, socio-economic inequalities lead to significant inequalities in schooling at an early age. Linguistic exhibition, the acquisition of skills that Magali Ballatore calls “migratory”, explaining the over-representation among Eramsus students of young people from well-to-do and educated backgrounds. In addition, there are inequalities of access to certain sectors according to their prestige, their ranking and the reputation of the educational system of the country in question.

Thus, Erasmus mobility, conceived and conceived for all, can paradoxically strengthen socio-cultural cleavages when it is the instrument of strategies of distinction of the elites . For young people already endowed with an important socio-cultural capital, the Erasmus experience contributes above all to reinforce what is the order of the know-how in an international context, since the acquisition of the academic or linguistic knowledge has already occurred.

In line with this research, a recent study conducted in French engineering schools, based on annual surveys of international mobility carried out by the Conférence des Grandes Ecoles (CGE), confirmed that inequalities of origin condition international opportunities for engineering students.

Since the international experience has become an essential and distinctive resource in all sectors of activity, the competition for the most rewarding stays (long, graduation, with the most prestigious universities) is played for the benefit of students from privileged backgrounds thus giving them an additional advantage when entering the labor market.

European competitiveness
The discourse on the necessary democratization of mobility emerges and is progressively imposed with the transition from Erasmus to Erasmus + in 2014, symbolically marked by the opening of the program to vocational training, internships and university teaching and administrative staff.

This is a change in the current European context, characterized by a strong social discontent, the loss of confidence of the people in their institutions , the disconnect between the administrative-political elites and voters, the need for “democratization” of all public policies.

But the change of name goes hand in hand with a change of objective because the landscape of higher education has changed significantly in thirty years. The initial goal of forging a European culture and identity by increasing the flow of students between member countries now seems secondary.

Mobility has gradually entered the mores of European youth and all the universities in the world today offer opportunities to stay abroad, often independent of Erasmus scholarships.

The challenge of the XXI th  century institutions of the European area is strengthening their attractiveness facing the competitiveness of other areas. Despite a global geopolitical context that is not conducive to international mobility (restrictive immigration policies, the resurgence of protectionist populist movements, the multiplication of terrorist acts in all countries), the United States continues to be the first destination of international flows. international students.

Taking advantage of economic growth over the past thirty years and favorable demographics, Asia managed to ensure, through massive investments in education and research, the emergence of world-class universities and to develop significant intra-regional mobility, thus depriving Europe of a potential pool of candidates.

The university has become in a few decades the cornerstone of the knowledge economy and innovation. To maintain its place in the global economy, the EU needs to strengthen their international competitiveness, both to attract foreign talent and to stem the flight of young Europeans to other regions of the world.

This is why Erasmus + is closely linked with Horizon 2020 , the EU’s research and innovation program. Together, they seek first and foremost to attract, retain, but also increase, through increased and wider intra-European mobility, the employability of young Europeans by enabling them to acquire valuable skills in the era of globalization.