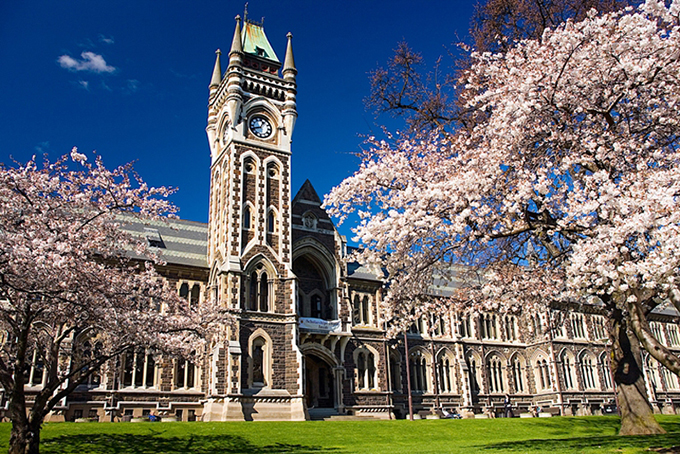 New Zealand’s new Prime Minister, Jacinda Ardern, has asserted that the current tuition fee arrangements for Australian students in New Zealand will end if the policy does not remain reciprocal. In a debate during the general election campaign, Adern stated:

If [Australia] lock us out of tertiary education, we will lock them out of it here.

This “locking out” does not refer to a formal barrier – such as a law impeding enrolments – but would be introduced by creating negative financial consequences for students. In other words, Australians interested in studying on the other side of the ditch could potentially face quadrupling in tuition fees charged by New Zealand education providers.

She recently reiterated that position in an interview, stating movement from the Australian government would have flow-on effects in New Zealand.

Turnbull government has to make the first move

Ardern has emphasised that she is not planning to take the first step. Instead, Australians’ eligibility to subsidised tertiary education in New Zealand will depend on the actions of the Turnbull government, which in May this year announced its Higher Education Reform Package.

The proposed tertiary funding reform suggests a division of students into three tiers: citizens (tier one), permanent residents and NZ special category visa holders (tier two), and international students (tier three). Under the new policy, students in all tiers would see their tuition fee increase. However, the proposed changes would have the largest impact on tier two, including most New Zealanders, who would lose their entitlement to Australian government subsidies (Commonwealth Grant Scheme).

This means that from January 2018 onwards, all new tier two students are required to pay full domestic fees. At the moment, the average public share of course costs in Australia is around 58%. Removing this (i.e. the CGS subsidy) gives an indication of the financial impact of this policy. For instance, in a four-year degree program, NZ students would face average annual fee increases of A$8,000-9,000 compared to the approximately A$2,000-3,600 annual increases proposed for domestic students. The increase is higher in courses attracting more government subsidies, such as medicine, where students would be locked out of more than A$130,000 government funding during the six-year programme.

As a way of compensating for the massive fee increase, the new scheme offers to extend the Higher Education Loan Program (HELP) to New Zealanders and other tier two students, which would provide access to funding to cover the tuition fee costs. This would improve the existing situation, where most NZ students are not able to access the loan scheme in Australia and have to pay upfront fees.

How would Australian students in NZ be effected?

There is also a possibility that Australian students could be charged international tuition fees, fees for most of them would quadruple. A Bachelor of Arts degree could go up from about NZ$5,800 (at two universities in Auckland), to at about NZ$28,000 a year. This is approximately what international students pay.

In addition, the existing rules in New Zealand provide other entitlements for Australian students. This includes access to student allowances and loans (with lesser restrictions than applied to New Zealanders in Australia) that could be at risk.

The proposed changes would have a potential impact on at around 15,000 students (around 4,600 Australian and 12,000 NZ students), making up at around 1% of all domestic enrolments in both countries.

Though these changes would involve a fairly small group of people, the impacts on the individuals affected would be significant. It would limit the study opportunities for Australians and New Zealanders interested in studying outside their country of citizenship.

Currently, the tertiary funding plan is on hold. The Turnbull Government’s reforms were rejected by the Senate. However, if the policy was enacted and implemented as planned starting in January 2018, this would bring one aspect of the existing ANZAC relationship to an end.

Squabble over students is part of a bigger problem

Even in the late 1980s/early 1990s, with significant tuition fee reforms for both Australia and New Zealand, this entitlement to equal access to government tuition fee subsidies was not removed.

The tuition fee policy change is only a minor element in the wider context of reciprocity arrangements between Australia and New Zealand. The rights of New Zealanders living in Australia have been erodedsignificantly since 2001. So far, New Zealand has continued to provide fairly generous rights to Australians without retaliation.

In the larger context, the one-sided decision making can have a damaging impact on the trust between the two countries. There is also a concern that similar retaliation motivated policy responses could be forthcoming in other areas, further fracturing the existing trans-Tasman arrangements. This is why the Australian government should consult with its New Zealand counterpart when making decisions affecting both countries.