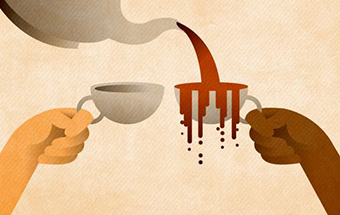 In some ways, Sweden’s education system embodies the egalitarian, democratic and meritocratic values for which the country is famous. Most students, for instance, receive both free tuition and a monthly stipend. However, in a nation consistently ranked among the five least corrupt in the world, it is an open secret among academics that their sector suffers from an entrenched culture of cronyism and academic inbreeding.

Swedish higher education is almost exclusively state-funded and state-run, accounting for 30 per cent of public sector employment. Yet a startling proportion of academic jobs are never advertised externally. This is not merely illegal. The pervasive hiring of insiders who could not have got the job in open competition is also a serious threat to the quality of teaching and research.

According to our calculations, 80 per cent of employees in one of the University of Gothenburg’s largest departments received their PhDs there. And, in 2014, two philosophy lecturers at the university – including one of the authors of this article, Jan Almäng – discovered that four recent positions in the history of philosophy department – which the Swedish Research Council had classified as academically poor – had gone unadvertised. In an extended investigation, the lecturers uncovered a total of 95 cases of illegal appointments at the university, and, amid much press interest, they submitted a report to the country’s Higher Education Authority in 2015.

Just last week, the authority published its final report, upholding the allegations and pledging to monitor Gothenburg’s hiring in 2018. The university had already admitted wrongdoing. But according to its internal investigation, which was published last year, those responsible for the hiring decisions were acting in accordance with an established culture of cronyism and should, therefore, be exonerated. For example, there was an official process in place to handle requests from heads of departments to hire people without advertising the position. In response to the public scrutiny, the university declared an end to illegal hiring. Yet since then, it has hired several more academics illegally, according to an independent watchdog, Academic Rights Watch, set up by two professors at Lund University– including another author of this article, Erik J. Olsson.

On its home page, the watchdog lists more than 40 violations of hiring law during recent years across the Swedish sector, backing up the assertions of those academics who told the newspapers that there was nothing unusual about Gothenburg’s hiring practices. Indeed, statistics show that more than 60 per cent of Swedish academics work at their doctoral alma maters. A PhD thesis from 2015 claimed that 85 per cent of new hires at Uppsala University never had to compete for employment. And all 10 of the universities informally surveyed by the Swedish Association of University Teachers and Researchers (Sulf) in May 2016 admitted that they were not following the law on advertising positions.

Sulf also claims that many advertisements are written with a specific candidate in mind. Moreover, it estimates that more than 30 per cent of current academic employees are on short-term contracts that were never openly advertised. The law mandates that individuals who have been on a temporary contract for more than two years during a five-year period must be given a permanent post: universities are using this as a legal loophole to permanently employ the favoured, local candidate.

A defender of such practices might argue that academic inbreeding minimises recruitment costs and fosters organisational identity, loyalty and stability. Faculty members may also reason that their extensive knowledge of the internal candidate guarantees the hiring of a high-calibre colleague. But multiple studies show that academic inbreeding tends to lower morale, diversity and research output. Those who work at their doctoral alma maters tend to produce fewer research papers, and those papers tend to be published in lower-quality journals, and to be cited less. Teaching quality is more difficult to measure objectively, but if an institution really wants to hire the best lecturers, surely it must let them apply?

Ingrained practices are difficult to change. Academic inbreeding is reportedlycommon in many countries around the world, and studies reveal that many of those who have had a single-university career see no harm in it. After all, why would those who have benefited from inbreeding be critical of it – perhaps especially those who have attained positions of power?

In Sweden, defenders of the status quo will also note that many of the country’s universities do well in international rankings. However, as a 2016 study pointed out, Swedish researchers are less productive than those in countries with lower rates of internal hiring, such as Singapore, Switzerland, Denmark, the US and the UK.

Sweden spends more than 7 per cent of its gross national product on higher education and research: the highest rate among members of the Organisation for Economic Cooperation and Development. Imagine how much further that money would go, how much higher Swedish universities would rank, if only institutions would obey the law and appoint the best people for the job.

Author Bios: Johan A. Warodell is a postdoctoral research fellow at the School of Advanced Study, University of London. Erik J. Olsson is a professor in the department of philosophy at Lund University. Jan Almäng is a senior lecturer at the Faculty of Humanities and Social Sciences at Karlstad University.