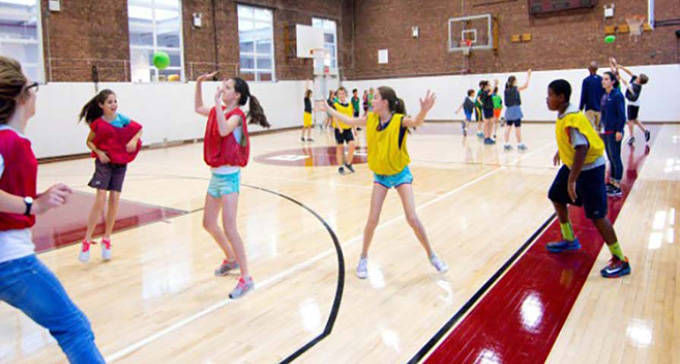 At the end of November 2020, the Ministry of National Education launched the 30 minutes of sport per day operation at school in order to fight against children’s sedentary lifestyle. An important problem already before the Covid-19 epidemic, and that the periods of generalized confinement made even more glaring, as first scientific studies have shown .

Beyond this measure, and the awareness that it implies, the role of the body in learning remains unclear. Isn’t he one of the great forgotten ones in French school history? How today can we envisage an education which takes into account the child as a whole, in order to promote the development and emancipation of all?

The ministry’s proposal to develop students’ physical activity is in line with the international Daily Mile initiative . Created in Scotland in 2012, this operation consists of making children from all schools run a mile every day, or more than 1,500 m.

The stated objective in France is to fight against the consequences of a sedentary lifestyle, and bodily activity is limited to motor skills. In France, the Finnish Schools on the Move school project is much larger and aims to integrate physical activity into the organization of the school day, without limiting it to an activity.

On a voluntary basis, more than 90% of Finnish schools participate. Recess is scheduled regularly so that children do not sit for more than two hours, while relaxation exercises prepare students to concentrate on all school activities.

In France, physical education has certainly been integrated into school for a long time, and the Third Republic has even assigned it civic, patriotic, hygienic and economic purposes. Gradually, the sporting dimension was taken into account – especially under the Popular Front with Jean Zay, who saw it as a measure of social justice and equality. But it was not until 1962 that the institutional birth of the discipline was official.

Nevertheless, physical and sports education remains a subject which must constantly reaffirm its legitimacy in the face of so-called “intellectual” disciplines. This turbulent history of the links between physical and intellectual education partly explains why PE teachers were not fully integrated administratively into National Education until 1981 – they previously depended on the Ministry of Youth and Sports.

The pioneering works of Pierre Arnaud , Georges Vigarello , Jacqueline Descarpentries and Bernard Andrieu have underlined this hierarchy of cognitive learning over that of the body for largely religious and political reasons. The body, perceived as an obstacle and an object of disturbance, is excluded from the school environment. It is an obedient, domesticated, and standardized body that the French school has modeled through the centuries-old form of the classroom where children sit all day.

There is a real historical taboo of the body at school, its knowledge and the taking into account of the biological rhythm of the child in learning.

The recurring question is whether the body is part of the being to be educated or if it simply accompanies it to school. The science and life of the earth (SVT) programs demonstrate this knowledge of the body, education in health, hygiene and sexuality . But it is a body that remains discussed, unrecognized and carries many stereotypes .

In a file from the French Institute for Education, Marie Gaussel clearly underlines the multiple educational and political aspects of the place of the body at school, but above all its still marginal position.

The body / mind dualism marks the French school through the dichotomy between cognitive learning and bodily, manual and emotional learning. However, this hierarchization of body and mind is a misunderstanding of the mechanisms of learning, motivation and interest of children highlighted by the psychology of the child and the pedagogy of new education since the end of the 19th century. th  century.

Specific activities, such as yoga , are starting to be integrated into school curricula. However, it would also be a question of offering activities that help the development of the different facets of a personality.

taking the body into account in understanding well-being at school but also motivation. It is also a key point of alternative pedagogies, whether it is Freinet, Decroly, Montessori Steiner pedagogy, which reminds us that the notion of integral education – that is to say of taking into account of the different facets of the human being and of the refusal to compartmentalize cognitive, bodily and psychological development – is old. As early as 1869, the anarchist pedagogue Paul Robin had made it an issue of individual and collective emancipation.

Can integral education be the future of the French public education system? The body cannot be reduced to program elements: it is an inherent part of any overall reflection on our education . The current debates highlight the need to transform the practices and purposes of our French education system and the need to break away from compartmentalization into school disciplines . It is one step among others to rethink a new education that respects the personality of learners.

Author Bios: Sylvain Wagnon is a University Professor in Educational Sciences, Faculty of Education and Fabien Groeninger is ab Associate Researcher at Lirdef (Interdisciplinary Research Laboratory in Didactics, Education and Training) both at the University of Montpellier

Tags: role of the body