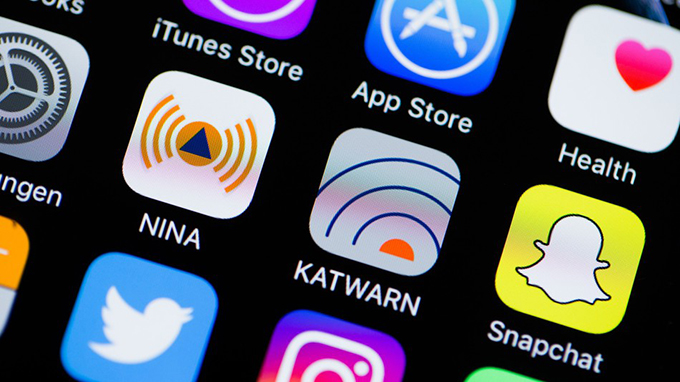 This July marks the tenth birthday of the iOS App Store.

The App Store originally launched alongside the release of the 3G model– 12 months after the original iPhone. The store gave developers the opportunity to write third party native apps for the iPhone, as long as they paid the 30% commission to Apple.

Unlike competing android devices, however, you can’t load apps onto an iPhone unless you get them from the official App Store. Installing apps from unofficial sources is known as “sideloading”.

This might be about to change. A recent court case has the potential to require Apple to open their device to sideloading of apps from outside of the App Store, overturning 10 years of precedent.

Could Apple finally be losing their control over the way apps are installed on their platform? And was it ethical to have such a closed “ecosystem” in the first place?

Shifting from an open to a closed ecosystem

When Apple first launched the App Store, the model they presented was quite unique. In contrast to the Macintosh platform that allowed anyone to download apps from anywhere and run them on their Mac, the iPhone store limited the apps that could be used.

Developers were required to submit apps to the App Store for review. Apple could then check the security was up to the standards of its App Store Review Guidelines. This ensured no unintended functionality was introduced, and malware was kept to a minimum.

Apple was often lauded for this decision. Known for higher quality and safer apps, they have built on this over the years by introducing stronger remote app deletion measures and developer signing requirements.

But hanging over it all was the fact this process ensured Apple secured 30% of any app sales revenue – a figure that has surely propped up their services income. At the most recent worldwide developer conference (WWDC), Apple claimed they had paid over $100 billion to developers over the years, which means Apple would have made around $30 billion of their own.

On top of this, the limitations on the App Store means some apps are not eligible. This has led to a continuing desire for some users to hack their phones through jailbreaking – a practice that allows users to run apps that aren’t available in the store.

So, in spite of the security benefits, this limitation has caused some problems. And it’s clear some users questioned the ethics of this closed approach.

Why does this matter so much?

The sandbox is fun, but sometimes we prefer the grass

Something not often talked about in relation to the App Store is Apple’s inability to bring this closed model to the Mac.

Buoyed by the success of the iOS App Store, Apple eventually introduced a Mac variant in 2011. But they struggled to reach a critical mass of apps in that store – partly because developers weren’t used to these restrictions on the Mac.

In particular, a feature called “sandboxing” – which prevents particular apps from accessing other parts of your operating system – meant many of the most popular apps couldn’t be added to the Mac App Storewithout extensive modifications.

Although Apple appears to have reversed this decision at the most recent WWDC, the damage is clear. The Mac App Store is nowhere near as popular as the iOS equivalent, in part due to this lack of flexibility.

The closed ecosystem has also led to some other problems for Apple.

For instance, the restriction that all purchases needed to be made in the app so Apple gets their 30% cut has caused a headache for services such as Spotify, which already have a service customers pay for outside the app. The issue reportedly led to an investigation by US antitrust regulators in 2015.

Should Apple be salty about the Pepper lawsuit?

Which leads us back to the recent lawsuit, brought by Robert Pepper et al– a group of iPhone users suing over anti competitive behaviour. The class action suit seeks to change the way Apple runs the App Store. Despite being dismissed several times since originally being brought in 2011, the suit has made it to the Supreme Court and will now be heard over a nine month window starting in October.

In what might turn out to be a landmark case, Pepper is asking to be allowed to sideload apps and avoid the Apple cut on their purchases. This presents a problem for Apple, because it means they lose control of the system.

On the positive side, this could mean more exciting apps for consumers, but it also might mean more malware. Either way, it will mean big changes for Apple, who seem to genuinely believe the closed model is best.

The bigger question is what this might mean for Apple’s culture. The company is famous for controlling all aspects of their vertical integration. What happens if they’re forced to become more flexible? Will they buck against this, or will we see a more open, adaptive Apple in the future?

Only time will tell, but it’s clear that after 10 years of the App Store, this case could mark a change that makes the future quite different from the past.

Author Bios: Michael Cowling is a Senior Lecturer in Educational Technology at CQUniversity Australia and James Birt is an Associate Professor of Information and Computing Sciences, Bond University