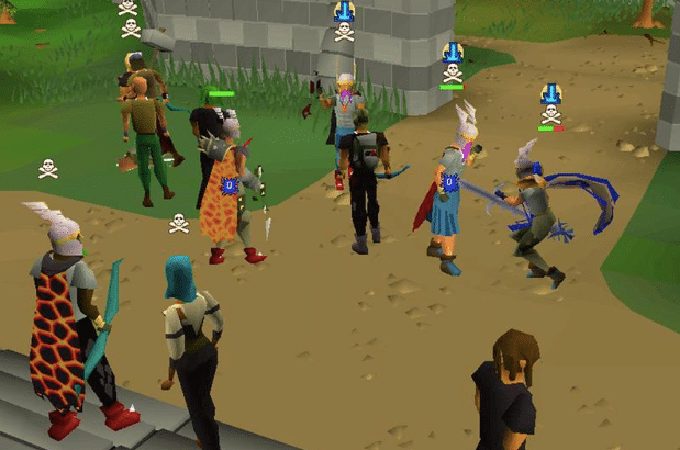 Player opinion may not match

OSRS quests tell different stories. Some are short and sweet, others are as long as an epic. Then there are whole questlines, such as the one for the elves. Each one is rated for difficulty with Grandmaster being the hardest. These are the most difficult and longest quests of all. In exchange, brave adventurers who complete them are rewarded handsomely, though not always with OSRS gold.

Here are the quests noted for their difficulty, in no particular order.

This quest is notorious for that one section during the quest. You’ll have to navigate through four platforms to make bombs and plant them. It seems easy enough on paper, but you have to navigate through obstacles to avoid detection from the guards. If they do, they’ll throw your character off the platform, rendering any bombs on you ineffective. It tests your patience and can be a frustrating experience to those trying to rush it.

There are also many difficult battles during this quest, though sufficiently leveled characters can handle it well. After the quest, you have access to a good training spot for splashing and chinning.

Song for the Elves

The most recent entry in this list, as the devs, implemented it about two years ago. It concludes the elven quest line, following Mourning’s End II (which is also an entry to this list). In it, you have to assist the elves in stirring a revolution against their deceitful leaders, Lord Iorwerth and King Lathas. More than collecting the supplies they need you also have to go through grueling battles. You’ll have to go through puzzles a little similar to the ones on Mourning’s End, as well.

It is the third Grandmaster rated quest, after Monkey Madness II and Dragon Slayer II. As the conclusion for the eight-quests long storyline for the elves, it certainly deserves that much. The quest also unlocks several features, such as the ability to move your house to Prifddinas and the ability to create divine potions.

Despite being only a Master rated quest, Mourning’s End deserves a spot in this list for its difficult puzzle sequence. Setting up mirrors so light can shine on specific portions of the temple is simple enough. Add having to change the light’s colors with crystals and mid-level monsters attacking you and the difficulty ramps a few steps up. Doesn’t help that you have to go through several stages of it to progress the quest.

Still, it’s worth doing for the access to the Death Altar. Plus you need to complete this to start Song of the Elves. With it, you may also complete the challenges in the Ardougne Hard Diary.

One of the three Grandmaster-rated quests in OSRS, Dragon Slayer II earned its spot in this list. Though players well versed in combat can clear it easily, it is harder for more casual players. It doesn’t help that many OSRS bosses during this quest have 1-hit KO attacks, and some of them are in unsafe areas. You’re going to be starting fights over many times if you’re unprepared. Be sure to read up and take when doing this quest!

This quest is necessary for any Ranged user, as you need Vorkath’s Head from one of its OSRS boss battles to create Ava’s Assembler. It will keep you from having to buy OSRS gold to keep your stock of ammo. It also unlocks other useful features such as Catspeak without an amulet and access to the Pool of Dreams and Lithkren Vault.

Don’t be misled by the name, this small favor snowballs to something that spans Gielinor. It’s a chain of favors that can be difficult without a guide. You’re going to start from Yanni in Shiloh Village to Gnormadium Avlafrim near the Feldip Hills and back. Individually, each favor can be simple, but roll them up together and it’s a complicated affair.

It’s still a good quest to do for the ability to make Guthix Rest Tea, something that can save you some potions. Doing this quest also unlocks a glider route to Feldip Hills, and more transportation routes are always good.

Even if you disagree with this list, at least you can understand why other people have trouble with these quests. These quests can also end up being a money sink, causing you to buy cheap OSRS gold from those selling OSRS gold. Especially so if you end up losing OSRS items to unsafe Old School Runescape bosses. Still, some people love a challenge, and these quests are the perfect test.