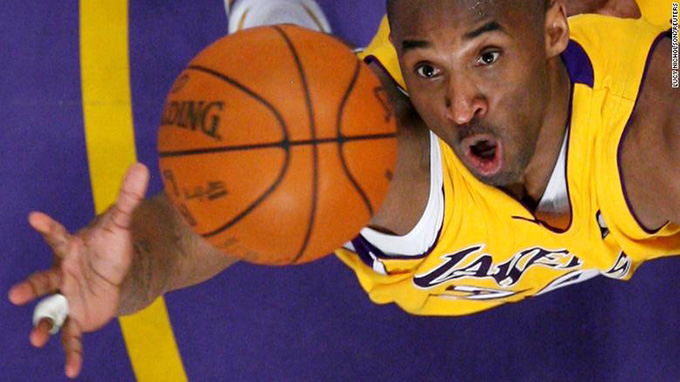 Less than a decade after 18-year-old Kobe Bryant got drafted into the NBA in 1996, the league made all players spend at least one year in college or playing overseas before they could enter the professional basketball league.

That rule may be about to be rescinded, paving the way for today’s star high school players to follow in Kobe’s footsteps. I have seen both professional and college athletics up close, first working for the Philadelphia 76ers in the mid-1980s, then as a sportswriter, and now as a professor of sports media and the director of Ohio State’s Sports and Society Initiative. Each summer I teach a course to help prepare freshmen for the demands of college, so I see both opportunities and challenges associated with the NBA’s collegiate attendance requirement.

When the National Basketball Association first formed in 1946, it didn’t let anyone join a team until four years after their high school class graduated. That restriction lasted until a player named Spencer Hayward sued the NBA in 1971.

Ultimately, the U.S. Supreme Court struck down the rule in 1971. The league soon welcomed Moses Malone in 1974. Malone proved the poster child for skipping college and heading to the pros as he led the Houston Rockets and then the Philadelphia 76ers to NBA titles. He ultimately earned a spot as one of the top 50 basketball players of all time.

The league also welcomed high schoolers Darryl Dawkins and Bill Willoughby, star players whose lack of maturity on and off the court indicated they may have benefited from a bit more development before their pro careers.

In 2005, Amir Johnson, of Westchester High School in California, became the 40th player to get drafted into the NBA without playing in college.

Then-NBA-Commissioner David Stern successfully lobbied for a stipulation in the league’s 1995 collective bargaining agreement, known as Article X. It limited draft eligibility to players who were at least 19 years old and stated that an NBA season had to elapse following their graduation from high school.

The new rule was intended to give all players a chance to experience college basketball. The league, according to this line of thinking, would become more professional and feature higher-quality performances by players who were more physically mature and had built up a fan based during collegiate play This change, the NBA hoped, would also cut down on the scouting that it was then doing in high school and even middle school gyms.

Aspects of the rule worked.

There is no doubt some players who may have been compelled to make the leap instead gained much-needed experience – and education – in college that enabled them to handle the physical and emotional demands of professional sports. As collegiate student-athletes, players take classes, which can give them career options later.

But it also led to many “one-and-done” players – that is, players who spend one year in college and then seek to get drafted into the NBA. Examples include Ben Simmons, who left Louisiana State to join the Philadelphia 76ers, D’Angelo Russell, who left Ohio State to play with the LA Lakers, Andrew Wiggins, who went from the University of Kansas to the Cleveland Cavaliers and Jabari Parker, who departed Duke for the Milwaukee Bucks.

This arrangement enabled universities to capitalize on these incredible athletes, who developed a strong and loyal collegiate fan base before going pro. That fan base buys jerseys and clamors for television access to those stars, resulting in significant revenue. College teams aiming for single-season success have been built around one-and-done players.

They can even win championships, as was proven by Kentucky and Duke, who each had three one-and-done players  when they won championships 2012 and 2015, respectively.

The NBA in February 2019 proposed lowering the minimum age for playing professional basketball from 19 to 18. The change could come soon.

The rationale is that the difference between 18 and 19 is not significant enough to curtail career potential. Injuries are an all-too-real possibility for top collegiate players who put their bodies – and potential livelihoods – on the line while gaining no financial security.

Education as a fallback

Meanwhile, the NBA’s G League – an official minor league – is also offering US$125,000 contracts, plus health care and employment benefits, to prospects who are at least 18. By way of comparison, the vast majority of NBA players command salaries of at least $1 million or more.

The change seems to satisfy opponents of the NBA rule that requires NBA draftees to be 19 and a year out of high school. Critics of the rule include Haywood, who has decried the rule as “very racist.” Haywood also said the rule has a “tinge of slavery” because it forces talented college Division I basketball players to play for free in college while at the same time generating wealth for college sports. Although blacks represent only about 13% of the U.S. population, black Division I basketball players outnumber their white counterparts by a ratio of more than 2 to 1.

Less obvious, however, is the impact of allowing players to forgo education when their professional reality does not match their dream. Not everyone who makes the NBA will win a championship. Some may not even play a game. There is a benefit to the education afforded student-athletes, whether it is appreciated at the time or not.

One of the clearest examples of how education can be significant to the development of a student not as an athlete but as person can be seen in Greg Oden, whose place in history is both cautionary tale and an inspiration.

In 2005, Oden was a 7-foot star weighing a stopover in college or a leap straight to the pros. The NBA made the decision for him in his senior year of high school when it enacted the rule that makes players spend at least a year in college. He enrolled at Ohio State University for a spectacular freshman season that helped lead the Buckeyes to the Final Four – the last two games to decide who will go on to play for the National Collegiate Athletic Association’s Divison I championship.

Oden was drafted No. 1 in 2007 by Portland Trail Blazers. But Oden’s future was filled with surgeries, not championships; knee braces, not rings. The Blazers let him go in 2012.

To find his future, he came to his past, back to Ohio State. The university promises all former student-athletes the opportunity to return to finish their degree when they are ready.

Oden graduated from the university with a bachelor’s degree in sport industry in 2019.