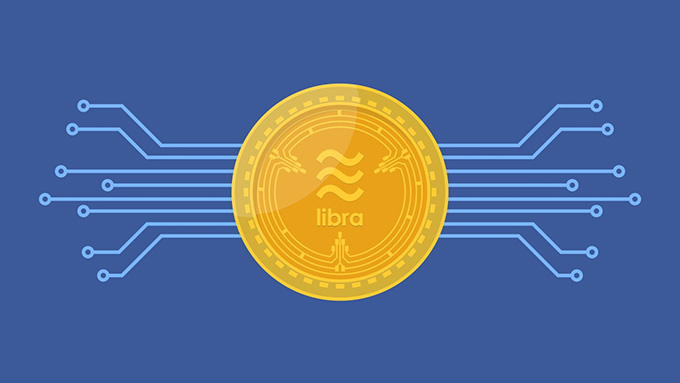 Cryptocurrencies have become a global phenomenon in the past few years. Now Facebook is launching it’s own cryptocurrency, in association with Visa, MasterCard, Uber and others. The stated aim of Libra is to “enable a simple global currency and financial infrastructure that empowers billions of people”.

The announcement has sparked fears that Libra could be a threat to traditional banks, warnings to be cautious, and sceptical commentary of claims that it will help developing countries.

But let’s go back to the basics and look at what Libra is, how it compares to other cryptocurrencies and whether you should be concerned about using it when it eventually arrives.

What is a cryptocurrency?

Currency is a system of money that is commonly used in exchange for goods and services and, as a result, holds value. Cryptocurrencies are digital currencies that are secured using cryptography.

The more popular recent cryptocurrencies are based on blockchain technology which uses a cryptographic structure that is difficult to change. One of the key properties of this structure is a distributed ledger that keeps account of financial transactions, which anyone can access.

Libra is a new currency that is being proposed by Facebook. It’s considered a cryptocurrency because cryptography will be used to help protect the value of the currency from tampering – such as double spending – and to protect the payment process.

Libra has the potential to become successful because of the backing from the Libra Association, which is made up of large international corporations such as Facebook, Uber and Vodafone. MasterCard and Visa have also thrown their hats in the ring, but no traditional banks are on the list.

What’s different about Libra compared with other cryptocurrencies like Bitcoin?

Cryptocurrencies like Bitcoin and Ethereum are quite egalitarian in nature. That’s because there is no single authority that verifies transactions between parties, so anyone could potentially do it.

To authorise a Bitcoin transaction you would have to prove that you have done the work, known as a “proof of work”. For Bitcoin, the proof of work is to solve a mathematical puzzle. People who successfully solve the puzzle (proving they have done some work), can add transactions to the blockchain distributed ledger and are rewarded with Bitcoins. The process is known as mining.

The good thing about this is that it reduces fraud. Since anyone can potentially mine Bitcoins, it’s harder to collude as you wouldn’t know who the next person to mine a coin would be. And it’s simple to verify that the person is authorised because anyone can check that the puzzle has been solved correctly.

Based on the initial descriptions of the currency, it sounds like the difference with Libra is that it will verify transactions using a consensus system known as “proof of stake”, or a variation of this method. Under this system, transactions would be authorised by a group of people who have a stake or ownership in the currency.

This makes it easier to predict who the next person to authorise a transaction might be (since there are a relatively small number of authorising group members), and then collude to launder funds without other group members knowing.

It appears the criteria to become a founding member of the Libra Association is to contribute a minimum of US$10 million entrance fee, have a large amount of money in the bank and be able to influence a large number of people.

What are banks and regulators worried about?

While Libra is open source – meaning the source code is available for all to view, use and modify – it’s the members of the association who will be overseeing the currency. Libra could herald a shift away from traditional government taxes and banking fees to a new international monetary system controlled by corporate entities like Facebook and Uber. That’s a concern because of the lack of oversight from regulatory bodies.

What should everyday people expect from Libra?

The backing of software giants means it’s likely that the user interface for Libra coins would be smooth and simple to use.

Low transaction costs would benefit users and the Libra Association promises to control the value of the currency so that it does not fluctuate as much as other cryptocurrencies. It’s unclear how they plan to do this. But value stability would be a great advantage in times of uncertainty.

What are the risks?

Recent cybersecurity breaches have contributed to a growing awareness of the vulnerabilities of IT systems. As with all software, the Libra implementation and management could be vulnerable to attack, which in turn could mean users could lose their money. But that is a risk that all cryptocurrency users face, whether they are aware of it or not.

What steps could consumers take to protect themselves?

No matter what cryptocurrency you choose to use, your funds are still accessible through the same interfaces: a web page or a mobile app. And the way you control access to your personal funds is by authenticating with a password.

Make sure you keep your password safe by making sure it is complicated and hard to guess. Look for applications that allow you to use two-factor authentication and make sure it’s turned on.

Libra is yet to prove its claims of making financial transactions safe and convenient. Only time will tell if its uptake will become widespread following its expected launch next year.