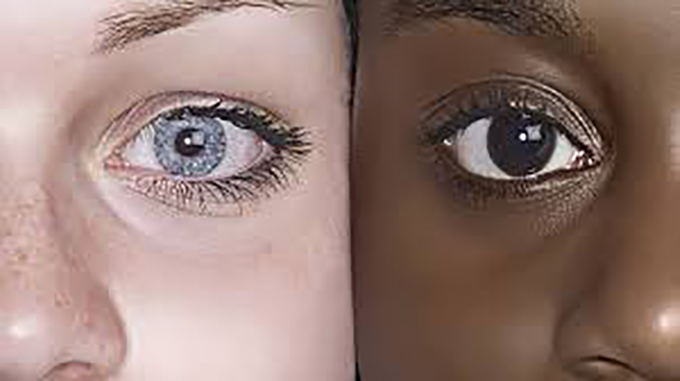 In my book I detail how academic fraud is systemic in higher education, detailing how our corrupted accreditation system and corrupt “leadership” have allowed what used to be the greatest university system into the world to debase into predominantly a massive scan to indebt and enslave our kids.

That was over 5 years ago, and things have changed. I’m strongly considering writing a new addition, with at least one new chapter discussing how corruption of the system has led to a fresh debasement: our campuses are turning into indoctrination centers, engulfing students into a self-destructive and academically irrelevant system of belief.

It used to be every college course was designed with an academic, or at least professional, purpose in mind. No course could exist unless it had a good answer to the question of “what future improvement does this course prepare you for?” With ideology now trumping academics, this question is no longer relevant, and the only question that now matters seems to be “does this reinforce our ideology and indoctrination?” A recently highlighted course demonstrates what I say:

One might hope from the title that perhaps this course would look at how “whiteness” is being falsely demonized and misrepresented in our media narrative, to prepare students to fight the constant lies being forced on them every day. Such hopes are quickly dashed:

In March, I wrote on the “American Political Thought” course offered by the political science department at the University of Colorado Denver that deliberately removed all white males and their contributions from the curriculum,..

Wow, imagine trying to remove all black males from the curriculum…the shrieking in protest could be (rightfully) heard from orbit. Why is this type of racism so tolerated? This course indoctrinates students, often white students, into hating themselves and the majority population. How could this possibly prepare them for anything more?

One of the commenters immediately spells out what a disaster it is for students to be taking this course:

As an employer I will start to require transcripts to see if the applicant chose any of these courses as an elective. That applicant will be promptly eliminated from consideration. Too great a risk.

So apparently this course will be preparing students for complete unemployability. Whether the employer is black or white, he’s still making a sound business decision, as you simply can’t have employees who have been trained to hate and disrespect a broad swath of the customer base. Of course, if the employer is white, he can’t hire people trained like this because they’re very like to hurt him in some way because of his skin color.

A college course is supposed to have college work and college material in it. A look at the syllabus will tell us what we really are going to learn in this course. Before going on, I want to emphasize anyone who wants a college education can do so without going into debt, as many colleges put their entire curriculum and syllabi for courses on line. Both teacher and grader of this course are almost certainly not white males, incidentally.

Critical Whiteness Studies provides a deeper analysis of race that accounts for both sides of the race coin: the plight of people of color AND how Whites are complicit.

Um…citation needed? “People of color” in the United States are much, much, better off than the “people of color” in Africa, where whites are far fewer in number. In light of this empirical and easily observed evidence, I’m having a tough time accepting the premise of the course, and I don’t see how this could be approved in any legitimate academic setting.

The course comes with a warning:

No permission to record any lecture or discussion without my written approval first.

And yet again I see reason to disallow this course on campus. Granted, such recordings should be made with permission as a matter of politeness, but I worry that the un-truths discussed here would cause problems if the people paying for the teaching (i.e., taxpayers) knew the kind of “stuff” they were being forced to pay for.

This is, incidentally, a 4000 level, senior level course, and does have a number of books assigned. That’s promising, at least, though I certainly have some concerns over the kind of ideological material in those books (to judge by the titles).

There don’t appear to be any actual assignments, however, so (thankfully?) the students can do well in the course even if they don’t read the books. For the most part, students will sit in the classroom and talk about their feelings.

What are the objectives here?

I respect that this topic is so blatantly fake that their “academic language” (aka “newspeak”) is so dense that it needs to be translated to “everyday speak” for anyone to make sense of it. That said, this is a senior level course intended for students who’ve been studying this stuff for 3 years. 3 years of training, enough to become quite conversational in any language on Earth, is not enough to learn even the rudiments of a discipline which obviously has worked quite hard to make itself as vague as possible.

Again I wonder what these courses are for, if after three years the courses don’t even prepare students for the courses. What?

Theme 2: How Does One Become White And Uphold Whiteness? Psychoanalytics and Dialectics Of Whiteness?

Wait…you can become white? If that’s all there is to it, then why not just declare everyone white and call it a day? The “oppression” would end overnight and then we wouldn’t need these courses.

Ultimately, the issue remains: how does this material prepare anyone for anything but ideological servitude?