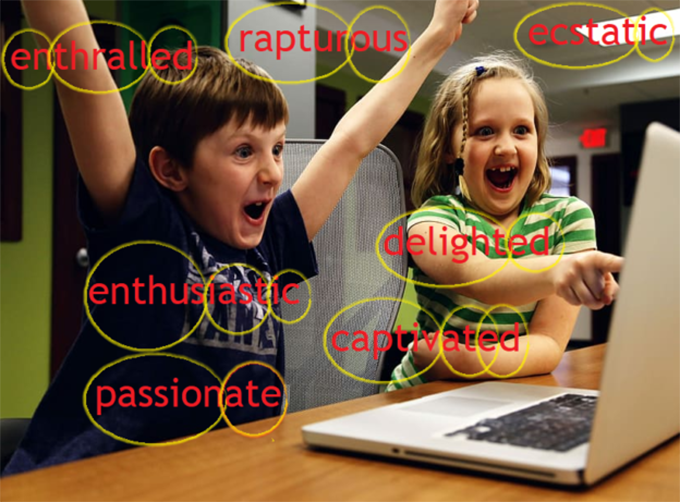 In these days when a new educational reform looms over us (and it doesn’t matter when you read this), linguists, physicists, biologists, mathematicians and other scientists wonder if this time those who design the content will stop think about what children really need to learn and how they learn.

This article presents some ideas about what is taught, what science says should be taught, and how it should be taught. We have chosen the field of morphology , in the subject of Spanish Language and Literature (hereinafter, LCL), but it can probably be applied to many other disciplines.

The claim of educational laws

The different educational laws modify, to a greater or lesser extent, the objectives proposed in the teaching of the different subjects; The current LOMCE indicates the following as a specific objective of the LCL subject: “The teaching of the area of ​​Spanish Language and Literature throughout the stage of Primary Education has the objective of developing the communicative competence of the students, understood its aspects: pragmatic, linguistic, sociolinguistic and literary ”.

Such an ambitious goal deserves an adequate development of the curriculum that is reflected in the textbooks. However, the reality is quite another; Elementary LCL books repeat content over and over without even increasing complexity.

As an example, Carrasco (2018) shows how grammatical categories are presented in all elementary grades without changing explanations, proposing different activities or establishing new connections as the courses progress; The exercises that are proposed to learn the contents can be carried out in a systematic way without requiring the slightest reflection on the concepts that are being worked on.

The bleak panorama produces boredom in children, who do not understand what they are studying or what all these disjointed definitions are for. The proof is that, although the LCL subject is, by far, the one to which the most hours are devoted in pre-university education, university degrees related to the study of Linguistics have serious problems filling their places.

What does science say?

We must therefore ask ourselves if the study of morphology (and by extension of syntax or lexicon) in Primary Education can contribute to the development of the communicative competence of students, as proposed by law. The answer from the theories of language acquisition is resoundingly yes.

Thus, in the compulsory training stage, the child / adolescent learns about 46,000 words, which is an average of more than 11 words per day. It seems, however, that this learning is not linear, but increases progressively with age: a three-year-old learns more words than a two-year-old and a nine-year-old learns more than an eight-year-old.

Learning the vocabulary continues throughout life. However, it seems to be a consensual fact that there is a decrease in the number of new words that are acquired in adulthood. According to Bloom (2002), the reason why we adults do not increase, in general, our vocabulary is the lack of exposure to new words: a 5-year-old child is exposed to a large number of new words that he learns.

This number increases with age due to, among other reasons, increased perceptual abilities, new interests or contact with reading, but there comes a time when this growth slows down because exposure to new words disappears or is limited. considerably.

It seems, therefore, that the ages covered by Primary Education are optimal to enhance the learning of new words; Nobody is aware that an adequate command of the vocabulary directly results in any linguistic production, both oral and written, and improves receptive skills (written comprehension and reading competence).

The question we must ask ourselves is how the study of morphology contributes to the acquisition of new words. There are several theories but we assume here the one that proposes that the information about the words is stored in different interconnected lexical subcomponents; These subcomponents contain respectively (at least) phonological, spelling, semantic and syntactic information (grammatical category) of the vocabulary pieces. Experimental work with patients with language disorders seems to corroborate this hypothesis.

The storage of vocabulary in our mind

In this second option, which proposes an economic and generative lexicon, it is suggested that in the acquisition of complex words, decomposition processes occur that isolate the morphemes from the complete form and later processes of reintegration of those morphemes with the representation (syntactic and semantic ) of the whole word.

In accessing the polymorphematic lexicon, both routes are possible, so that we access the most frequent words through the first route (complete representation) and we leave the second (through the morphemes) for infrequent words and for new words , which we do not have stored in our lexicon.

If this is so, we can affirm, as Hernández Muñoz (2015: 260) does, that “the greater the metalinguistic knowledge of the internal mechanisms of word formation, the better the storage and retrieval capacities of words from memory semantics”.

Also in the field of teaching Spanish as a foreign language, the idea that “morphological training” contributes to improving access to the terms stored in the mental lexicon, the establishment of formal and semantic networks between these terms and of lexical inference skills, which allow understanding the meaning of unknown terms; It also increases lexical productivity and, as shown by different experimental works, improves reading and writing competence.

How do we teach morphology?

If, as it seems, reflection on the internal structure of words contributes to the improvement of the child’s communicative competence, it seems clear that morphology should be part of the LCL curriculum.

If, as we mentioned at the beginning of this article, current content does not contribute to this improvement, we will have to rethink how it should be approached. The GrOC (Competency Oriented Grammar) group has been working on this for several years. Roughly speaking , his proposal on the teaching of language at pre-university levels advocates presenting grammar contents in a similar way to how science is worked, betting on reflection on language, conceived as an internal object to the speaker himself and not as a set of instructions that we must know to speak well.

With the ability to speak, the child has in his head an experimental laboratory for which large facilities are not needed; A pencil and a notebook are enough to write down the generalizations that they are able to establish.

We will thus unite the necessary development of communicative competence with the knowledge of the scientific method, surely fostering interest in the child, who must discover, create, investigate, and not simply reproduce. Hopefully those who are in charge of writing education laws have time to think about this.