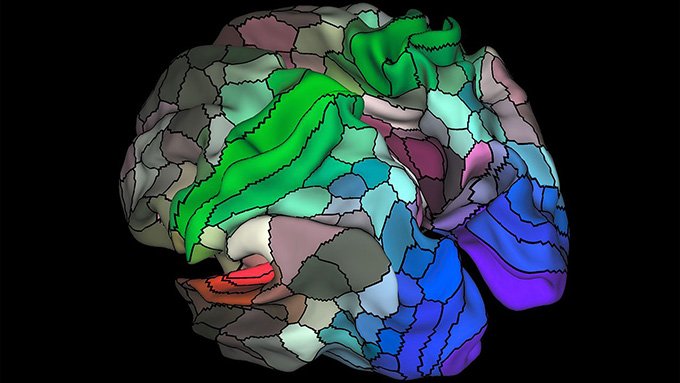 The brain has a geography that matters. The cerebral cortex (the grey outer layer of the brain) is folded into our skulls in such a way as to reduce the wiring length of our neurons and improve cognitive function. Needless to say, this folding is incredibly complex. In order to examine and make sense of this structure, neuroscientists are increasingly turning to maps to represent its complexity. Much like the towns, cities, countries and continents represented on a typical geographic map, areas of the brain are similarly being spatially defined, labelled and understood through a process of mapping.

Mapping the brain is key to understanding how it works. The population is ageing and one in three seniors will die with Alzheimer’s or another dementia. Mapping brain areas could help in the early identification of such generative disorders. An improved ability to chart the loss of brain volume with advancing age could help in the routine diagnosis of individuals with possible cognitive problems, by indicating if their brain is within normal limits for their age and establishing a “brain Body Mass Index (BMI)”.

Eventually, there may even be efforts to train and medicate flagged individuals, stimulating specific brain areas that appear to deviate from the norm curves. In this respect, mapping the brain takes on an important role in keeping track of brain structure and identifying degenerative health.

The emergence of this “neuro cartography” has been welcomed as a novel way to examine and understand the complexity of the brain. But it has received very little critical attention from scholars interested in deconstructing the power of maps, a long-established field in geography. And there are a few reasons why we should remain critical of the manner in which we map the brain.

1. Maps are not neutral

Maps are not neutral representations of the world: they are social and political constructions. Country borders represented on maps, for example, produce and maintain the authority of the state over its territory. This has a powerful effect on the geographical imaginations of citizens using maps.

The manner in which the world’s three-dimensional geography is flattened onto a two-dimensional map is also often political – the Mercator Projection, the most commonly used map of the globe inflates the size of countries in the global north, for example, giving a skewed view of reality. There is no perfect world map. 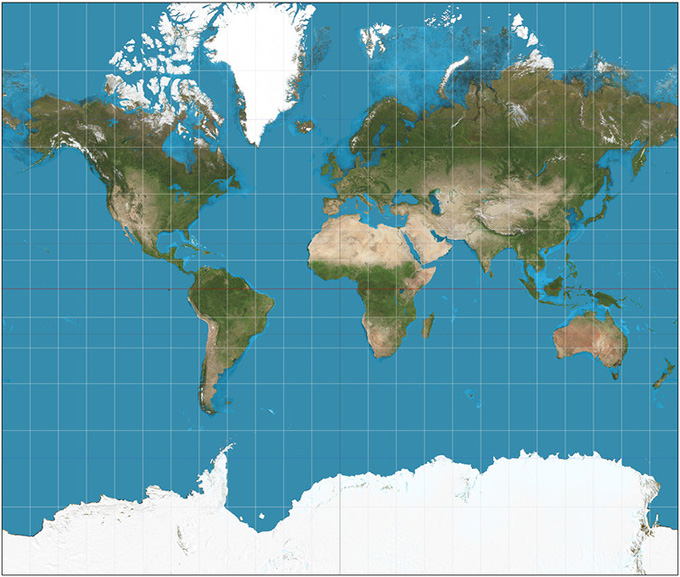 Maps are useful tools for simplifying the complexities into accurate and practical representations. They are tools to draw and maintain boundaries, to win arguments and pursue agendas, to tell stories, to represent incomplete truths and to act as aesthetic objects. As such, all maps are embedded with a social and political power that matters. This is particularly important to consider when maps are used as tools of scientific authority.

Maps – whether geographical or neurological – need to be critically assessed because they have an innate power to produce certain knowledge. As such, in these early days of brain mapping, we need to be conscious of any similar assumptions that may influence or taint how the field develops. We should examine how, why and where brain maps are produced and used.

2. One size does not fit all

Acting as scientific tools of authority, brain maps go out into the world and produce perspectives on the brain that are taken seriously. But the perfect average brain does not exist, and so nor does the perfect brain map. Variance in brain volume, shape and thickness between individuals is immense. Global and regional brain volumes reflect the lifelong additive and interactive influence of multiple genetic, environmental and experiential factors.

The common one size fits all brain map does not reflect the diversity of brains, something which is vital to consider when using such maps to understand the brains of large populations. It is therefore crucial to remain critical of brain maps, for as the history of cartography shows, representing scientific knowledge through the map can lead us to a place where the authority of maps goes unquestioned, sidelining other possible interpretations of issues.

For example, there is no one perfect example of a schizophrenic brain. Every patient is unique and each schizophrenic’s current brain health needs to be assessed in conjunction with other factors. The plan should start with a doctor visit and extensive testing, including among other things, family/health history, blood exams, cognitive tests and an MRI. Authoritative brain maps may serve to detract from this more personalised approach.

3. Ownership has changed in the digital era

Examining advances in digital technology is also central to understanding the ways that the brain is mapped. Brain mapping has been revolutionised by technological advances in the last 30 years through technologies such as magnetic resonance imaging (MRI) scanners. It is also now possible to distribute and publish the content of brain maps much more freely, enabling a positive interactivity between researchers and a wider public. Projects such as ENIGMA, the Human Brain Project, and the BRAIN Initiative already offer a platform for contribution and wider collaboration in brain mapping. 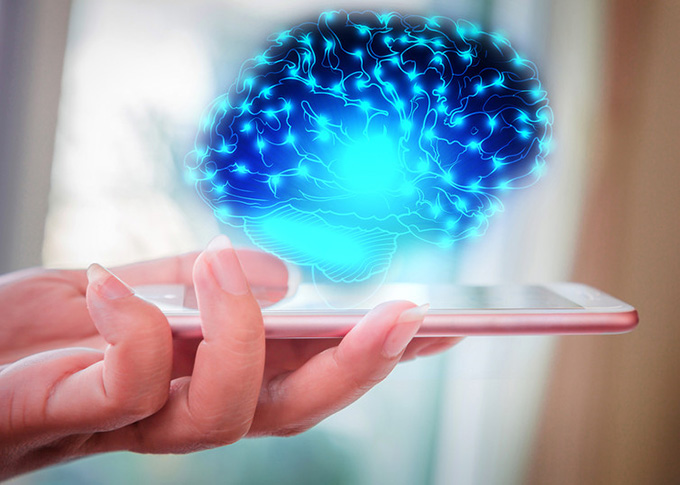 Like the map itself, such technology has implicit social and cultural biases that need to be unpacked in order to properly understand how, why and where brain maps are produced and used.

The scientific community is as rigorous as ever, but brain mapping has not yet changed everyday life. Google Earth and Google Maps have changed the way we interact with our everyday environments in ways that did not seem probable when the technology was first introduced. Let’s speculate a little – what if you could navigate your own brain in the same way that you navigate around the city you live in or visit on holiday?

Or, to take things even further, what are the potential benefits and pitfalls of VR technologies for brain mapping; how might we visualise and experience brain maps in the future? And could we have more ownership and authorship of the mapping process of the brain as non-professionals?

These and other questions need to be interrogated. Brain mapping is evolving, fast, and it is crucial that we incorporate a more critical approach to understanding its processes.

Author Bios: Danai Dima is a Lecturer in Cognitive Neuroscience, City, at the University of London, Dot Young is a Lecturer in BATP Prop Making at the Royal Central School of Speech & Drama and Mike Duggan is a Cultural Geographer at Royal Holloway