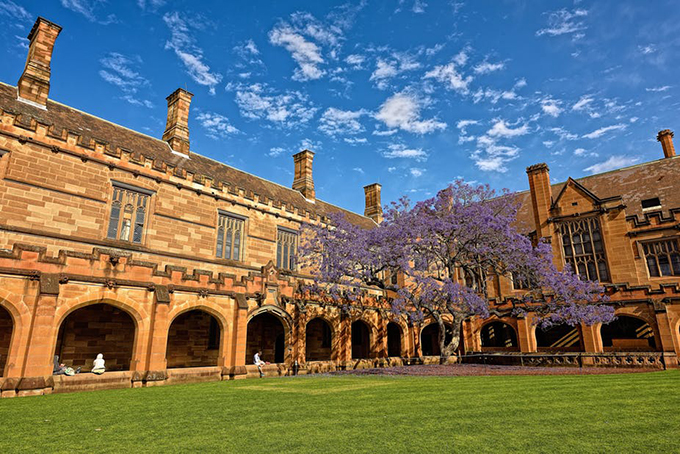 The successive releases of the rankings of the universities of Times Higher Education and Shanghai Jiaotong University have, as every year, been accompanied by their lots of comments, and other nonsense.

Beyond their rigor and their qualities, it is their underlying logic – the very idea of ​​being able to classify – that poses a problem. It is a carrier of a very economic-managerial ideology that leads to see institutions of higher education and their actors from the angle of their performance, or rather of “underperformance” for the first and “anxiety” For the second.

This idea of ​​classifying universities should be questioned, and in its first issue, the journal Academy of Management Learning and Education offered a tribune to Dennis Gioia and Kevin Corley entitled “Being Good Versus Looking Good: Business School Rankings. and the Circean Transformation from Substance to Image “. While focusing primarily on business schools, their analysis of rankings and their impacts on higher education institutions is worth recalling.

For these authors, over the last 30 years, higher education institutions have gradually opened up to the international level (in Europe, we will think of the Erasmus program, the ECTS credits and the LMD system of the Bologna agreements, semesters of exchange abroad, etc.). This process has led to greater legibility and comparability of curricula, but also to a decrease in pedagogical and academic specificities, and thus to a form of standardization. The differences between the institutions are now more and more “at the margins”, in a context of increased “competition” on what we tend now to call too often without hindsight or analysis the “market of higher education” .

When Circe hypnotizes the universities

This situation is one of the results of a slow process of commodification in which rankings play a major role. Indeed, Gioia and Corley see in them a modern equivalent of Circe’s songs that casts a spell on institutions of higher education, hypnotizing them to better impose their desires. With the exception that we are far from being really blinded … But despite an awareness of their limits, the multiple stakeholders of these institutions now seem to give them a very great importance. And universities have to create internal services dedicated to “communication” and “quality” whose only job is to make visible and facilitate the accounting of the activity.

The risk is then to value only what is measurable and measured by rankings (with an emphasis on high weighted items) and to forget, ignore or even abandon the rest.

“Today, this means that business schools often face a choice between being good or looking good, so much so that the competition between them may turn into a beauty contest with disastrous consequences because they must spend already scarce funds for image problems rather than allocate these resources to improve educational programs. (Gioia & Corley, 2002, 109)

A common liberal justification for this situation in which rankings participate is that it stimulates competition, and that competition drives companies to always improve. It is certainly clear that rankings lead to transparency and are vectors of a certain amount of information previously difficult to access. But they also facilitate optimization strategies, imitation, best practices and benchmark without necessarily stimulating any quest for excellence, quality, intrinsic motivation or even definition of an identity. However, if “being good” and “being well ranked” are not necessarily aligned, they are not mutually exclusive either.

Gioia and Corley see the Circean songs of the rankings as a number of dangers. First, the fact that they are based on a set of criteria, items and weights more or less legitimate, and more or less arbitrary. But above all, ranking is basically a translation of educational qualities into measurable criteria, a process of accounting that is far from neutral from an epistemological point of view as ideological (see article by Dillard & Tinker in 1996: “Commodifying Business and Accounting Education “).

Gradually, the stories, styles and cultures of different schools and universities are likely to disappear because the rankings are struggling to report. There is also a tendency to focus on what is measured where it is measured, and therefore on the “flagship” programs that are masters and MBAs, often at the expense of licenses, bachelors and other undergrads, or PhDs still seemingly of little interest to rank producers.

Research is then only seen as an expensive activity that must produce measurable results in Nobels and stars, which evacuates any question of substance or interest and makes the works forgetful (often far ahead of articles in quotation rates), chapters, textbooks or case studies. In this accounting process, most stakeholders and stakeholders are aware of its limits as well as its dangers, thus falling into a general cynicism about these major devices in the structuring of the academic field.

And the students in all this?

Far from simply portraying a situation in which we would be passive victims, Gioia and Corley remind us that this obsession for Circenian songs requires some collaboration on our part. We are often very aware of their effects, and some develop strategic adaptation behaviors, even optimization through image management practices (Argenti, 2000: “Branding B-Schools: Reputation Management for MBA Programs“) and misuse of criteria. But even the most strategists find themselves little by little caught up in the short-term concerns of the next classification and sometimes forget the self-fulfilling effects: the better-ranked ones get more resources (financial, human, etc.) which enables them to reinforce their position in the field. In these spirals, students often take second place (pedagogy being mostly secondary, if not absent, rankings) and are then considered as resources, or even as clients to be seduced, rather than beings. humans to educate.

Gioia and Corley warned us already in 2002:

« In a perverse way, then, the classroom doesn’t matter very much. What matters is our number, so we devote resources to the things that will maintain or boost that number. »

Rankings make universities in different countries comparable, thus laying the foundations for a higher education market – Kornberger and Carter demonstrated this perfectly in 2010 in their work on city rankings: “Manufacturing Competition: How Accounting Practices Shape Strategy-Making in Cities“. We then move from competition (stimulating confrontation of some organizations with others) to competition (illusion that all universities would be like-minded organizations that would seek to conquer parts of a hypothetical market).

Gioia and Corley note with irony that there is even today competition between the rankings themselves … Nevertheless, their current omnipresence – and their effects in terms of academic, administrative and policies – makes us think collectively about the mission of our institutions of higher education, absolutely essential today as we have to reinvent them at the level of France and the European Union, to an obsession with the image that our universities give through a series of arbitrary and especially reductive criteria.

Author Bio: Yoann Bazin is a Research Professor in Management Sciences at the Normandy School of Management – UGEI