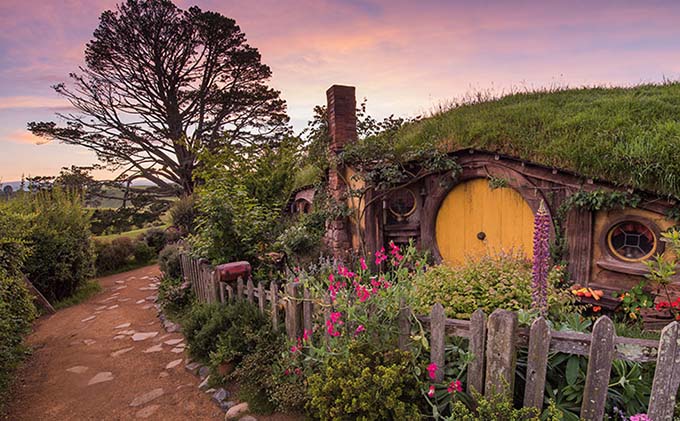 What are the similarities between JRR Tolkien’s The Hobbit , and Snow White and Walt Disney’s Seven Dwarfs ? None, except that the two works for young audiences were born a few months apart – the novel in September 1937, the cartoon at Christmas – and they both feature a group of dwarves. Tolkien discovered those of Disney at the beginning of 1939, in a cinema where he had mischievously trained his colleague and friend CS Lewis , the future author of the Chronicles of Narnia, who had previously seen the movie with his brother. The two austere professors of Oxford University came out revolted. The reaction of Bilbo’s father to Prof, Dormeur, Grincheux or Simplet is a symptom of a cultural cleavage that was then put in place in the fiction of youth and is still very much alive.

In the 1930s, when mass culture emerged on the ruins of popular culture, Disney and Tolkien were two antagonistic ways to revitalize the old folklore.

The humanities against the show

For Tolkien, a specialist in Old English and Scandinavian philology, the marvelous is a serious affair that touches the sacred through the myth. Before even conceiving The Hobbit for his son Christopher, he came to literary invention to prolong the intellectual pleasure of his studies.

Thus he creates various imaginary languages ​​as well as The Silmarillion , a set of legends that opens to a musical cosmogony and retraces the first ages of his imaginary universe, Middle-earth. For young readers, The Hobbit transfers this poetic vein into the realm of adventure, without compromising on its demiurgic dimension.

For Walt Disney, fairy tales are first and foremost entertainment, and even a show. It is known that he determined to produce Snow White in memory of the pleasure he had as a child, to see the film adaptation that Winthrop Ames , aka Jessie Braham White, had taken from his play in 1916. It is to this former director of Broadway’s Little Theater that we owe the Shakespearian accents of the cartoon.

Disney went very early to the marvelous. From 1922, he transposed in America at the time “Little Red Riding Hood”, “Puss in Boots” or “Cinderella”; as many cartoon shorts that chained gags on the model of silent cinema. From 1929, with the “Silly Symphonies” , he perfected the aesthetic that we know him by pushing his teams to draw inspiration from the great European illustrators – Gustave Doré, Honoré Daumier, Beatrix Potter, etc. – as well as Pre-Raphaelite painters and German Expressionism. Humor remains present, but poetry and artistic ambition are added.

But the result of this curious graphical alchemy inspires Tolkien only with “sincere disgust”. In 1937, he rebels against any idea of ​​an American illustration of the Hobbit in the Disney style. On leaving Snow White , CS Lewis does not hesitate to treat Walt Disney as a “poor fool”. While recognizing some merit in the terrifying scenes of the film, he adds, “What could it have been if this man had been educated – or even if he had grown up in a decent society? A letter sent by Tolkien in 1964 to an unidentified correspondent shows him on the same wavelength:

“I recognize his talent, but he always seemed hopelessly corrupted. Although in most of the “films” produced by his studios there are admirable or charming passages, the effect of each of them is disgust for me. Some people gave me nausea … “

The revulsion of 1937 against the “Silly Symphonies” is explained by an unworthy treatment of the fairy, in other words a betrayal of its essence. The cause is heard: in the eyes of the two most famous members of the literary circle of Oxford Inklings , Walt Disney is above all an uneducated and rude Yankee.

Instead of being interpreted as the result of carefully thought-out choices, its successes are attributed to a lack of competence or even intelligence, at least knowledge and reflection. Tolkien and CS Lewis pose as defenders of art against an essentially commercial enterprise, as suggested in English by the use of “corrupted”.

On the one hand, we would have Art – the one to whom we put a great A -, recognizable by its fidelity to an academic tradition; on the other, a shameless cultural industry, which would format its merchandise so that it is immediately accessible to the greatest number. On one side refinement, on the other vulgarity. This prejudice still determines, today, the bad reputation that Disney suffers in educational circles.

Tolkien’s judgment corresponds to a still dominant conception of youth literature as a path to legitimate culture. We remember the application documents of the literature programs for Cycle 3 , evoking a corpus that “makes the short scale for the youngest to introduce them to the infinite universe of readings to come. ”

Disney, on the other hand, speaks to the child for himself. It is at the forefront of the movement that would engender, in the aftermath of the Second World War, a youth culture independent of that of adults, and free from all educational concerns. Before the birth of Superman in June 1938 and that of Batman in May 39, the release of Snow White marks the start of a phenomenon that geopolitics was to stop: the advent of recreational drama .

For Tolkien as for Lewis, the child is an adult in the making; for Disney, it’s an individual in its own right. When Tolkien and Lewis speak to their readers about the edifying mode of allegory – even if the latter denies it – Disney claims nothing to offer his audience more than an antidote to the brutality of the world. For some, the fairy is an end in itself; for the other it is a means, as well as adventure, western or science fiction.

In Niggle’s Feuille, a novel probably written in 1942 but dated by Tolkien from 1938-39 and published in 1945, the novelist tells the story of an amateur painter who gives life to a tree before leaving to retire in the landscape born of his painting. Tom Shippey , one of Britain’s best Tolkien scholars, has identified the autobiographical scope of the story. Tolkien transcribes his fussy work – nigglein English – on the text. Disney is just as meticulous, but he cares less about imitating or pasting the magical heritage, say, graft on him, than to regenerate it for the children of his time. The cartoony aesthetic that repels both Inklings is the result of this modernization of an inheritance that he considers to be that of children, not learned elites.

Tolkien and Lewis’s lawsuit against Walt Disney anticipates debates about the flooding of English popular culture with American mass culture that led to the creation in 1964 of the Center for Contemporary Cultural Studies at the University of Birmingham.

Tolkien and CS Lewis, as well as Walt Disney, work to save the magical material of the sinking. But the first, both medievalists, conceive of achieving this only by maintaining a solid link with the history of the genre. Walt Disney, meanwhile, does not hesitate to shake the old codes. Moreover, references, models, hardly back at XIX th  century. The only art that is worth it is that of the storyteller who captivates his audience. We also know that in the preparation phase of Snow Whitehe excelled in embodying each of the dwarves. There is a mountebank in him, as long as there is a professor at Tolkien’s. If we can talk about the spirit of fairy tales in terms of heritage conservation, say that Tolkien is working to restore it while Disney rehabilitates it.

What sustains Tolkien’s prestige with teachers is that he writes almost as much for his peers as for youth. Disney remains confined to playgrounds. It should not be mistaken, however, it is at home that we could better understand what it means to create for childhood and youth.

Today, Tolkien is a “mainstream” author, having been for a long time the preserve of hippies and role-players. This notoriety that he acquired from Peter Jackson’s films, he nearly failed the duty to the Walt Disney Company through Miramax. If Disney’s CEO, Michael Eisner, had not refused the necessary budget extension for his subsidiary to produce The Lord of the Rings , it was under his label that the film would be released. New Line pocketed Time Warner, but not without ensuring its rival 5% of the gross income of the trilogy.

CS Lewis was not so fortunate, since the first two parts of the Chronicles of Narnia were produced by Walt Disney Pictures and the third by 20th Century Fox, now owned by Disney. Mass culture is a sport refereed by the public and, in the end, Mickey wins.

Author Bio: Christian Chelebourg is a Professor of French Literature and Youth Literature at the University of Lorraine