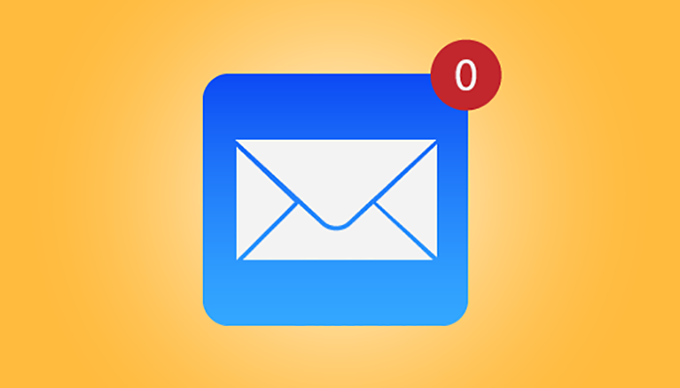 We’re running all sorts of experiments on the human race nowadays. Widespread vaccination, widespread exposure to wireless fields, widespread exposure to pornography, and constant tests to see just how often the public will believe highly convenient suicides, among many other experiments…maybe it’s all safe and harmless, maybe, but I completely understand how some people can worry about such things.

The list is long, but today I want to talk about one that annoys me, if not necessarily worries me: instant communication. Ten years ago, when I walked into a classroom, I would be greeted with the sound of students talking—not something to annoy me, as I rather encourage kids at college to talk to each other, make friends, form study groups, that sort of thing…just not while I’m talking at the board, of course. Sure, I’d have to spend a few seconds getting them to quiet down, but that comes with the territory.

Nowadays, the rooms are silent when I walk in. Oh, there are still plenty of students, but now they’re all hunched over their little communication devices, texting away, and it doesn’t stop when I start class. It’s not just on campus, either, time and again I’ll be talking to a friend and I have to shut up, as the friend responds to a chirp or buzz from a phone. Too many people respond far too quickly to every little text on the phone, but I respect some altruism there: too many people stress far too much when their texts aren’t replied to, quickly.

A precursor to the texting experiment is e-mail—same principle, and I’ve experienced many students to write e-mails to me in “txt” language…and get upset when I don’t respond in a few minutes. I’ve had days where I have 4 e-mails from the same student over the course of a half hour, wondering why I haven’t responded.

One of the giants of computer science is Donald Knuth; his book series The Art of Computer Programming is on the bookshelf of most everyone interested in such things. How does he feel about e-mail?

Given Knuth’s renown, many people seek him out. If you’re one of those people, however, you’ll end up disappointed. On arriving at Knuth’s homemade Stanford homepage, you’ll notice that no email address is provided. If you dig deeper, you’ll eventually find a page named email.html which opens with the following statement:

“I have been a happy man ever since January 1, 1990, when I no longer had an email address. I’d used email since about 1975, and it seems to me that 15 years of email is plenty for one lifetime.”

Now, I grant he had little choice, he was probably receiving thousands of e-mails a day even in 1990 (I get over a hundred, not counting those to my campus account). I use the delete key often and “cut and paste” to deal with those requiring a response, while he has minions to organize his “snail mail” correspondence (it may take 3 months to get a response).

But the fact remains: he realized that all the near-instant communication was sucking up too much of his time, and walked away from it nearly 30 years ago. Of course, he can walk away from it…it’s not an option for most of us.

…. In 2014, the Boise State anthropologist John Ziker released the results of a faculty time-use study, which found that the average professor spent a little over 60 hours a week working, with 30 percent of that time dedicated to email and meetings. Anecdotal reports hint that this allocation has only gotten worse over the past five years. “The days of the ivory tower are a distant memory,” concludes Ziker, and many burnt-out professors agree.

Wow, 18 hours a week on “e-mails and meetings.” I’ve had my share of “e-mail meetings” so I can accept these two time-suckers being lumped together. It can get quite onerous: at the community college of less than a thousand students, I had 4 people above me in the chain of command (and 4 more off campus), and so every day I’d get “important” e-mails from on high. Mostly it was my bosses congratulating each other on awarding each other trips or Excellence Awards, and I could safely ignore those, but when it came time for a student complaint? I’d easily get three different e-mails from three different bosses asking me to explain myself.

While I’m a very fast writer, my replies to such would take forever to compose: every word or stray punctuation mark might be used against me, so I had to be curt (but not too curt!) and informative (but not too informative!). E-mails are a permanent record, you see, leaving a paper trail (heh) which could easily be incriminatory.

I sure think we need to be less communication-intensive in general. I know the corporate world thinks otherwise, but the article I cited above makes a case for campus to be different.

First, universities have more freedom to experiment than a business struggling in a competitive market. Georgetown University, where I work, has been around since the time of George Washington (you can still see the steps where this founding father once gave a speech on campus): It’s unlikely that after two centuries our downfall will be experimenting with email norms. The academy should leverage this durability to take the lead in exploring how to preserve the value of focused thought in a society overwhelmed by distraction.

Constantly having to respond to e-mail, and respond quickly, makes it impossible to focus thought, at least for some. Scholars are supposed to be all about the thinking…I think this is a little overblown and bottom line, if severely curtailing e-mail is a good thing for academics, it’s almost certainly a good thing for everyone else. We’re not that weird, after all.

Second, by prioritizing deep work universities would get better at their primary tasks of research and pedagogy. Producing and organizing complex knowledge requires uninterrupted concentration — the more time you have to focus, the better the work you produce. Switching from Task A (say, preparing a course lecture) to Task B (say, responding to “urgent” emails) can significantly reduce your cognitive capacity — essentially making you artificially dumber. Professors are increasingly buffeted by a relentless tide of digital disruptions and onerous administrative demands.

Again, I think the author missing something here. We could curtail e-mail by thinning the herd of the administrative caste; we have considerably more administrators and support for admin than we have faculty on campus. Cull the admin and I bet those onerous administrative demands will reduce as well.

Finally, a reorganization of academic life to support careful thought and sustained attention would produce benefits that extend well beyond the campus. It would allow higher education to proudly present itself as the last bastion of focus in a distracted world…

While the author is lecturing us from his high horse, he’s neglected to realize an important obstacle here. At the end of the year, admin presents all those e-mails they send as part of their justification for their job, so I suspect there’d be some pushback.

Ignoring the legion of $150,000 a year administrators blocking the way, he does describe how we might restructure our campus for less e-mail:

What concrete changes are needed to create a Donald Knuth-style academic culture? I propose two starting points: a return to intellectual specialization, and an overhaul of the way we structure faculty service obligations.

By intellectual specialization, he means letting faculty focus on teaching and research (hey, I’ve proposed as much, myself), and less on jumping through administrative hoops like indoctrination camp. So, yes, that’s a good idea. About that legion…

Imagine if when you first arrive on campus, instead of being shown how to configure your email inbox or access the university IT systems, you’re introduced to the assistant who will handle most of that for you.

The author points out Knuth has a full time assistant to handle all the other stuff, and actually proposes all faculty get the same. I have to laugh—the counter to faculty spending too much time dealing with the excessive administrators and staff is to give faculty their own staff to deal with the surplus staff already on campus! Brilliant! I suppose it might work but I still think decimating that legion at least nine times over would be a better solution.

In short, we’re already paying a price for the proliferation of ceaseless communication and administrative busywork. The question is whether we’re finally ready to admit it and have an honest discussion about whether it’s worth it.

Dude’s a little out of touch here, as our soaring tuition and slow exodus of students from campus to, well, anything else, says what we’re currently doing isn’t worth it. He’s clearly a bit behind the times.

And that’s rather the message: scholars picked up years ago that “instant communication” via e-mail was a deadly time-consuming trap. Now that “instant” is now even faster on our phones, I do advise the gentle reader:

Put down the phones, you don’t need to read those texts the instant they come in…and you certainly don’t have to respond. And for God’s sake, if someone’s talking to you in person, let that communication take top priority over anything the electronic device has to say.