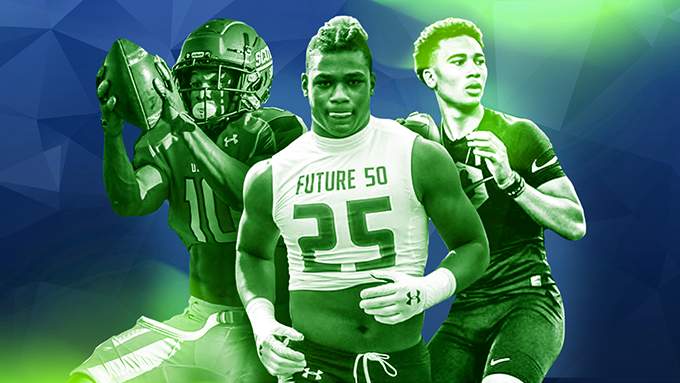 Colleges and universities are spending more than ever to land the nation’s top football recruits, with some schools having boosted their recruiting budgets by more than 300% in the last five years.

These budgets can surpass US$2 million for schools like the University of Tennessee. Is it worth it?

I study economics. Research I recently did shows just how big the payoff for spending money to recruit the best players can be. 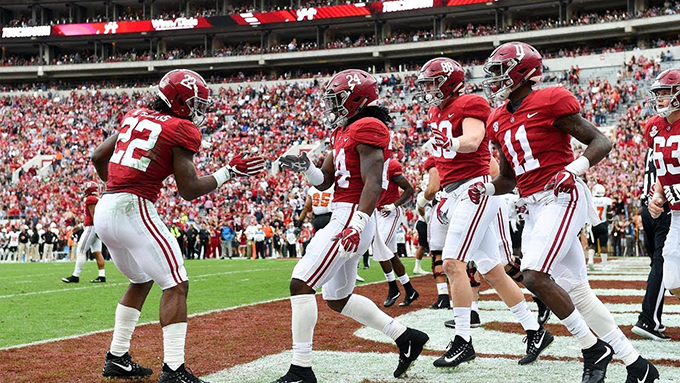 Half a million dollars

The schools that secure five-star recruits – the 30 or so players judged to be in the top one-hundredth of the top 1% of high school football players – can increase total revenue by over $500,000 for a university’s athletic department. Most football teams never secure a five-star recruit. Others, such as the University of Alabama and Louisiana State University, recruit three or four every year.

My research team came to this $500,000 figure by linking 10 years’ worth of football recruiting information from Rivals.com and Scout.com, two of the top recruiting services for prospective college football players, with federal data on how much colleges take in and spend on athletics, win-loss records for individual schools and post-season bowl appearances.

The data shows revenue and expenditures for each sport separately, which made it possible to determine what a football recruit added to football revenue at each university.

Schools like the University of Oklahoma, the University of Michigan and Notre Dame, which on average bring in over a dozen four- or five-star recruits every year, bring in millions of dollars more in revenue when they land more of the top recruits in a given year.

For instance, my estimates suggests that Clemson University’s five-star recruits, of which there were five, and 12 four-star recruits – also in top one-quarter of 1% of all players – in the 2020 recruiting class will increase the school’s football revenue by well over $3 million, well above its $1.8 million recruiting budget.

Since a top recruit correlates strongly with increases in the number of victories, they help determine the type of post-season play. Five-star recruits are not the deciding factor in whetehr a school gets to a bowl game, the mark of a winning season – the big-time programs will have winning records every year without fail.

But they do push them to the upper echelon of post-season play – the College Football Playoffs or its forerunner, the Bowl Championship Series. Reaching the championship level in college football contributes to lucrative broadcast contracts, corporate partnerships and even more successful recruiting.

Very few schools are consistently successful in the race to recruit top football talent and win at the highest levels. Just as nine schools have been responsible for 20% of all players drafted into the NFL over the past two decades, only six schools have made it to the College Football Playoff championship game.

There is more than hoisting football trophies at stake.

In fact, some critics argue that big-time college sports, which feature rosters made up primarily of black student-athletes, pay for the sports programs that include overwhelmingly white student-athletes, such as lacrosse and swimming, which receive far less media attention but are the bulk of athletes in major collegiate sports programs. Sixty-one percent of all student athletes are white.

Football revenue also helps finance athletic recruiting efforts and amenities, such as state-of-the-art facilities. All of that takes money, which takes recruits, which takes money. Every recruiting video, campus visit and hosted meal is a line item on an athletic department’s budget.

The possibility of there being no college football season in the fall of 2020 is making athletics departments fear big budget cuts.

Already, some schools are dropping sports that were subsidized by college football revenues, like men’s soccer and wrestling. Smaller schools that depend on a few $1 million paydays in September from the major programs, may be left with gaping holes in their athletic budgets, threatening all sports.

There is little doubt that changes are coming to the current model of athletic department operations through a variety of converging forces. COVID-19 is unleashing widespread job losses, business closures and declining consumer spending that will limit what fans and advertisers can spend on football.

Another factor could be a change by the National Collegiate Athletic Association – which governs college athletics – that could allow student-athletes to get paid from their name, image and likeness.

While schools rich with talent may continue to get richer, those schools further down the recruiting pecking order will be left to wonder how they can survive at all.

Author Bio: Trevon Logan is a Professor of Economics at The Ohio State University