But in countries where English is the majority language, boys and men tend to drop out of foreign language study as soon as it is not mandatory. As well, in a host of global countries such as Turkey, Japan, China and Hungary, researchers have found boys to be less motivated in language learning than girls.

My colleagues and I at the University of Alberta conducted a study to investigate whether men’s beliefs about appropriate masculine behaviour might play a role in their educational choices. We wondered whether stereotypes that language learning is “for girls” (but math is “for boys”) might lead men to avoid language classes.

For our study, an initial cohort of students enrolled in psychology courses filled out a questionnaire at the start of the semester that included questions about their views on masculinity.

The surveyed students rated their agreement or disagreement with traditional masculine ideals — that is, the belief that men need to be physically tough, respected by others and seek high-paying work.

Later in the semester, we gave 182 of the male participants false feedback about the questionnaire they had taken. Half of these men received a report saying that they had scored in the feminine range on a personality measure. The other half of the men saw feedback showing a highly masculine score. 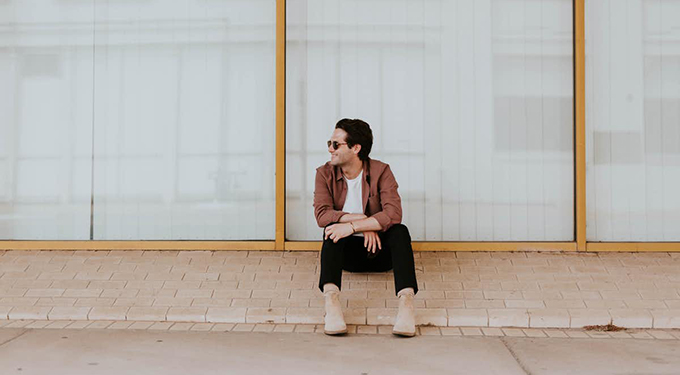 Then, we surveyed the participants about their perceptions of academic subjects. We were interested in how two factors might influence men’s attitude to subjects: firstly, how strongly men believe in traditional masculinity and secondly, a suggestion that their masculinity is threatened.

We observed that men who reported that they valued traditional masculinity and who were told their masculinity score was near the feminine average were more likely to respond with a lower interest in language study. Having their traditional masculinity threatened also led to more negative attitudes about the value of language learning and less confidence in the ability to succeed in a language class. These findings were statistically significant.

All participants were native English speakers. Of those, 79 per cent were monolingual and 20 per cent had an additional language other than English they learned as children. There were 11 speakers of Chinese languages (six said Cantonese, three said Mandarin and 2 said Chinese); 16 speakers of South Asian languages; one speaker each of Filipino, German, Malay and Ukranian; two Arabic speakers; one French speaker and one person who spoke both Arabic and French natively.

The importance of gendered beliefs

This research shows gender stereotypes and traditional gender role beliefs hurt English-speaking men by limiting the educational choices and options they consider. It also highlights the fact that gender equality is not only a women’s issue; men are affected by stereotypes and beliefs about gender-appropriate behaviour, too.

Most of us are aware of stereotypes that one gender has more natural talent in certain domains, or a natural preference for certain tasks. We also know that there are societal expectations about what roles are appropriate for men and women. Both of these types of gendered ideas can influence our choices for our educations and our lives.

Gendered beliefs can influence what we come to value as important, and what we think we are good at. Research shows that stereotypes that language is for girls lead boys to devalue language and to feel less able to succeed in language arts. This in turn reduces boys’ interest in language careers and their performance in language arts classes.

And, we know that when some men’s masculinity is questioned, they try to re-assert their manliness by acting in hyper-masculine ways: for example, this can include acting aggressive or exaggerating their height.

Part of the male gender role involves trying to avoid appearing feminine. One study found that after their masculinity was questioned, men responded with disinterest in items considered to be feminine by a group of students, from gift certificates to clothing to event tickets.

Men are overrepresented in fields that are high-paying and prestigious. Why, then, is it important to study how gender roles and stereotypes affect men as well as women?

Sociologists have found that as more women enter an occupation, it becomes devalued and its pay decreases. Encouraging more men into female-dominated fields, then, might eventually improve the pay and prestige of these occupations.

Top employers say that the most valuable employee skills are the “soft skills” that come from an education in the (female-dominated) humanities. This makes it economically important to understand why men are hesitant to go into these fields.

Looking at how gender stereotypes limit men could be good for gender equality in society. When we talk about gender equality as something that affects both men and women, men become more willing to take action to promote it.

Speaking a foreign language is a useful skill that opens the door to new cultures and communication with new people. However, traditional gender roles are holding men back from language learning. Adopting more flexible gender roles could open up broader opportunities for men.

Author Bio: Kathryn Everhart Chaffee is a Postdoctoral Researcher, Department of Psychology at the University of Alberta