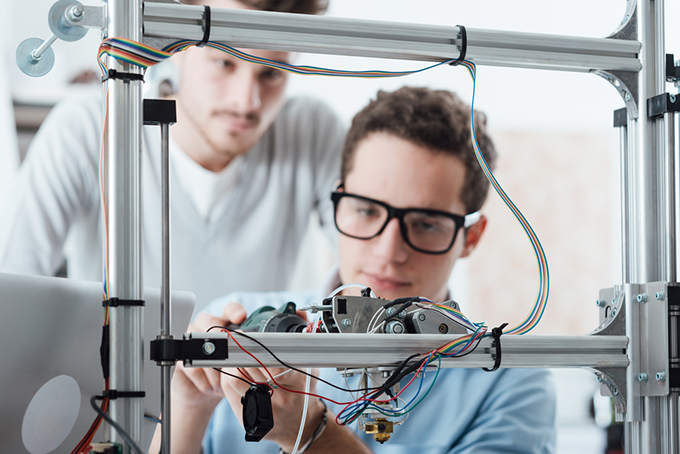 The Trump administration has some ambitious goals that include trillions in tax cuts, a significant military buildup and a fresh investment in infrastructure.

The White House released details of how it plans to pay for it all in its full budget request for fiscal year 2018: by slashing spending on pretty much everything else, but also by boosting economic growth enough to generate more than US$2 trillion in new revenue over a decade.

What the president’s team is failing to consider is that many of its spending cuts, such as reduced investment in welfare and education, will actually impede the administration’s ability to achieve its target growth rate of 3 percent, up from about 2 percent today.

My own research focuses on how career and technical education (CTE) has implications for growth by promoting educational attainment, training and productivity. Trump’s proposed cuts to CTE offer an illustrative example of the economic consequences of reducing social spending. 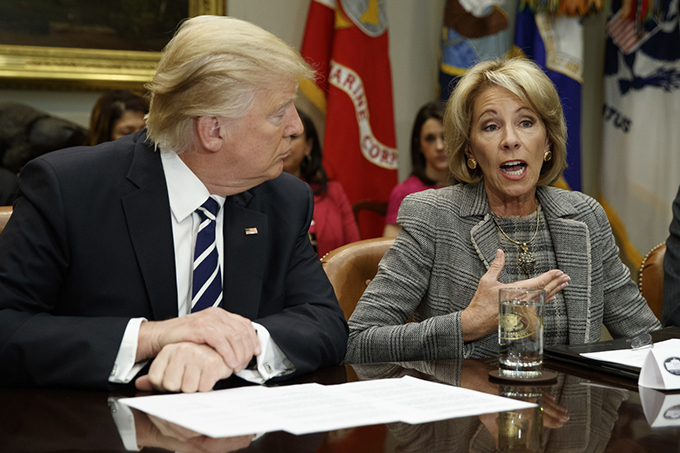 Secretary DeVos and President Trump want to put more money toward ‘school choice,’ but less in CTE and other areas that evidence shows bolster the economy.

Taking an ax to education

The administration’s budget seeks to slash spending on the Education Department by $9.2 billion, or 13.5 percent, which is the biggest proposed cut since President Ronald Reagan unsuccessfully tried to gut the agency in the 1980s.

In K-12 education, the administration would like to eliminate at least four distinct programs – including Title II grants for teacher and principal training and programs designed to help lower-income students transition to college – and make significant reductions to many others. On the other hand, there’s a big investment in a few programs to support school choice and vouchers, an articulated priority of Trump and Education Secretary Betsy DeVos.

The higher education budget faces severe cuts as well. Trump wants to eliminate subsidized student loans as well as a loan forgiveness program, and slash federal work study spending in half. These changes would substantially undermine efforts to help lower-income Americans attain a college degree, which would be a further drag on economic and productivity growth.

Of particular concern to me, however, is the $168 million, or 15 percent, reduction in block grants to states, called Perkins funding, which are used to support career and technical education in high schools and community college. Given the administration’s preference for funding programs that promote economic growth, the cut to CTE – which disproportionately benefits Trump’s base of largely white working-class voters – is bewildering.

By supporting these kinds of career paths, CTE tends to train students for positions that could support small business growth, and that fill demand in the high growth fields of health services, information technology and advanced manufacturing.

How CTE helps the economy

Though CTE is on Trump’s list of cuts, it is the area of education spending that my research suggests has the most potential to boost economic growth. These benefits would be realized through better-paying jobs and fewer dropouts, which also help achieve other positive economic and social outcomes.

Career Academies, which began about 35 years ago, are one such approach to providing CTE in high school by integrating career pathways into the school curriculum. They boast some of the best evidence on the effectiveness of CTE. A 2008 report on the program suggests it can help students earn 11 percent more in wages compared with their peers.

Evidence from Massachusetts shows similar educational benefits of CTE. Specifically, I found that students enrolled in vocational programs were significantly more likely to graduate from high school and attain industry-recognized certificates in specialized fields like IT.

Studies show that a high school graduate will earn 50 percent to 100 percent more in lifetime earnings than high school dropouts and will be less likely to draw on welfare or get tangled up in the criminal justice system. The graduate’s higher earnings also mean she’ll pay more in taxes.

Beyond improving individual outcomes, investment in education and training fuels broader economic growth by bolstering productivity. The decreased demand for social services and welfare also frees up more state and federal resources to be invested in other areas of the economy.

The Trump administration has claimed the high price tag of its tax cuts will pay for themselves through higher economic growth. A budget that aims to gut important social programs – which not only improve individual lives directly but also boost the economy – would make that a lot less achievable.

In the end, the Trump budget, it seems, is motivated more by ideology than sound, evidence-based policy. In education, the administration is clearly prioritizing school choice at the expense of bedrock areas like CTE that are known to promote achievement and a variety of economic benefits.

As a result, education development will suffer, as will the administration’s rosy economic growth projections.

Author Bio:Shaun M. Dougherty is an Assistant Professor of Education & Public Policy at the University of Connecticut