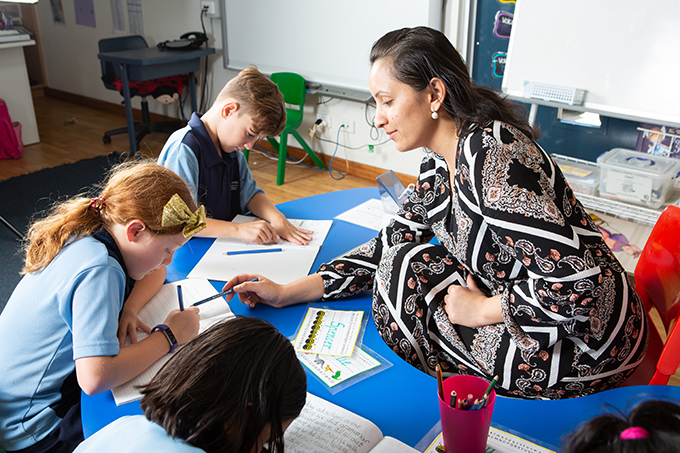 Many relatively well-off parents drive their kids to special activities after school. On top of trips to soccer practices and games or piano lessons and recitals, they increasingly make one more stop: a trip to their local after-school tutoring center.

In most cases these children don’t attend underfunded schools or need help competing with those in affluent districts. Nor are they high school students looking to boost their SAT or ACT scores before applying to college. They are typically doing just fine at their schools or are ahead of their classmates. And yet they get private, long-term tutoring on a regular basis.

I’ve been researching this intensive after-school tutoring, which I call “hyper education,” for eight years. It’s becoming a more common extracurricular activity for children of all ages.

Even if public schools provided the same quality of education for all, which is demonstrably not the case, I fear that this trend is increasing the advantages that the children of affluent families already have over their peers.

Tutoring, of course, has long been commonplace within and outside of American schools to help kids who are struggling to keep up in class. While for-profit tutoring businesses have been in the United States for decades, they have grown over the past two decades in urban and suburban communities alike.

Franchised chains of after-school learning centers, such as Kumon, Sylvan, Kaplan and Mathnasium, operate in over 50 countries. Parents pay these multinational corporations around US$200 per month for each child to get math, reading and other kinds of lessons once or twice a week with their own curriculum and homework assignments intended to be more challenging than what is offered by the schools.

While researching for my book “Hyper Education: Why Good Schools, Good Grades, and Good Behavior Are Not Enough,” I interviewed more than 100 Asian American and white families with children in elementary or middle school whose kids go to after-school tutoring centers or participate in academic competitions, or do both.

Most live in Boston suburbs, but some reside elsewhere in the United States. Nearly all of these children attend high-performing public schools. I also spent time in after-school learning franchises and interviewed around 30 educators inside and outside the public school system.

No longer reserved for Manhattan families angling to get their toddlers and preschoolers into elite kindergartens, more and more families from a wide array of backgrounds enroll their kids in tutoring centers. While there is no hard data yet available regarding exactly how many children are getting this type of instruction, I believe it is safe to say the number is growing as parents with disposable income spend increasing amounts of money on their children to give them ever more advantages.

These educational franchises advertise as serving students not only struggling in academics but also those who are “already ahead in math.”

Business is booming for Kumon, which has seen its revenue grow 60% in the past decade. Mathnasium, one of its top competitors, is one of North America’s fastest-growing franchises.

A mother of children attending public schools in the Boston suburbs observed that one tutoring center is so popular that the town “had to change traffic patterns” to accommodate during drop-off and pickup times.

One center director told me that her growth plan was to open in areas that already have highly ranked school districts, since those families have shown a commitment to education and have the means to pay for more. Another director targeted his advertising efforts to families making at least $125,000 a year in his affluent Boston suburb.

No child is too young to start, it seems. Junior Kumon targets children starting at age three. They teach these little kids how to recognize letters, numbers, patterns and shapes. I even saw a child in diapers who was enrolled at a Kumon center.

Parents are keeping their kids enrolled in nonremedial tutoring for years if they feel like it’s getting results.

“We just kind of kept her in the program, because it was working,” the mother of a fifth grader told me. “It seemed like the public school math program just wasn’t anywhere near stretching her capability to do math. So, it felt, like let’s keep doing this.”

Children enrolled in after-school academics can get confused about which kind of learning matters more. For instance, a fourth-grade student mentioned that her regular teacher counted her private math center assignments as satisfying her school homework. That raises good questions about which curriculum was more relevant and conducive to her learning.

Despite this industry’s growth and what parents may believe, the effects of tutoring generally are mixed.

Troublingly, educators believe that the growth of private tutoring is contributing to a sense of academic pressure that can contribute to emotional problems, even for kids who aren’t getting this extra instruction. The students who take classes outside of school “make other kids feel bad, because they’re brighter, more capable, and they do more, and they can do it faster,” a Boston-area elementary school principal told me.

As a result, I’m seeing a growing education arms race, of families feeling pressured to ensure their kids learn enough to be above their grade level and ranked at or near the top of their classes. This is starting at younger and younger ages. Many parents told me they enroll their elementary school children in hyper education simply to “keep up” with those who do.

In 2016, Mathnasium teamed up with the National Parent Teachers Association to help boost student performance in mathematics by hosting math games inside and outside of schools – a step that further embeds for-profit businesses into the public schools. Hyper education is growing. And as it does, it’s seriously changing what it means to go to school and be a child.