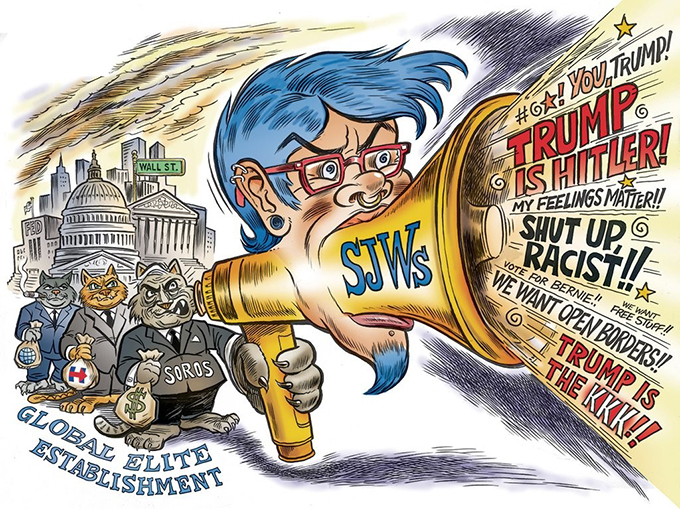 Watching the Democratic debates really highlights the flaw of degeneracy1 within an organization. To even get on the stage, they all needed to have the same fairly narrow set of views. Not only does this make a debate pretty difficult to have, it also makes it easy to expose how far off the rails things are in this party, with 100% of them raising their hands in wanting to offer free health care to illegal aliens—what citizen could vote for this? If by some inconceivable turn of events any of these contenders got elected, there should be widespread forswearing of citizenship in this county, since this, apparently, would be the way to get free health care.

In any event, we’re seeing much the same structural flaws in our higher education system, which is likewise ruled by a likewise degenerate pack of “leaders” all believing the same things to the exclusion of all others. What used to be done with a wink and a nod is now out in the open—there’s no need to surreptitiously corrupt the system when everyone is in favor of corrupting the system.

I’ve highlighted some of these “open frauds” before, such as the openly discriminatory hiring of a physics professor—whites need not apply—in Kentucky of all places. Such hiring practices have been going on for a long, long time, particularly with respect to political beliefs. It’s now quite common for a student to go his entire “education” without being exposed to a conservative…even though half the country holds such beliefs.

39% of colleges have n0 Republican professors

Fairly consistently, around half the country votes Republican, and professors tend to keep their jobs a long time. You can’t get a result like the above unless there’s a longstanding policy of not hiring Republicans.

Thing was, that policy was unwritten. But now that the Democrat (more accurately, Leftist) stranglehold over higher education is complete, there’s no need for secrecy anymore.

And so California, almost unarguably our most converged state in the union, will openly admit and write into policy, political bias in their hiring practices:

I can’t even imagine the outrage if a school attempted open political degeneracy like this even 20 years ago…but now it’s hardly a blip on the scholastic or political or civil rights radar. In fact, it was understood, decades ago, that doing this sort of thing was wrong enough to lose your job over it while waiting for the Supreme Court to verify it was against the laws of our country to do this:

California had its own version of McCarthyism, as it came to be known. The Legislature created a Committee on Un-American Activities and in 1950 enacted the Levering Act, requiring all state employees to sign “loyalty oaths.”

It was specifically aimed at the University of California’s faculty, and 31 tenured professors were fired for refusing to sign it.

The state was unconstitutionally imposing “a political test for employment,” as the California State Federation of Teachers said at the time. And after much legal wrangling, the state Supreme Court voted 6-1 in 1967 to declare the Levering Act unconstitutional.

I’m against Communism (and racism) in all its forms, but I still respect people can have such views, for what it’s worth. I’ve been forced to sign loyalty oaths as a college professor…but those oaths were what they said they were, and not a forswearing of a set of beliefs.

The fact remains: forcing faculty to hold political views is illegal. But in a degenerate system, there’s nobody to point out common sense flaws, and so here we go again:

As part of its “commitment to diversity and excellence,” UC’s administrators are telling recruiters for faculty positions, as one directive puts it, to take “pro-active steps to seek out candidates committed to diversity, equity and inclusion.”

The above sounds harmless enough from a certain point of view I suppose, but I assure the gentle reader things get sinister fast:

To enforce that dictum, UC also requires applicants for new faculty employment and promotions to submit “diversity statements” that will be scored “with rubrics provided by Academic Affairs and require applicants to achieve a scoring cutoff to be considered.”

You don’t merely have to nod your head and agree with the pabulum, you have to put in writing that you wholeheartedly believe in this stuff, with determination of your sincerity made by Commissars. A scoring cutoff! If you don’t believe hard enough, no job for you!

The academic affairs department at UC-Davis says that diversity statements from tenure-track faculty applicants should have “an accomplished track record…of teaching, research or service activities addressing the needs of African-American, Latino, Chicano, Hispanic and Native American students or communities.” Their statements must “indicate awareness” of those communities and “the negative consequences of underutilization” and “provide a clearly articulated vision” of how their work at UC-Davis would advance diversity policies.

God (more accurately, The State) have mercy on your soul if you’ve been caught helping human beings in general, instead of focusing on Approved Minority groups which are solely deserving of attention.

I grant that UC isn’t completely degenerate, and one person speaks up, after making the requisite virtue signals:

“As a supporter of the original goals of diversity, equity and inclusion initiatives, my skepticism toward this policy surprised a number of friends and colleagues,” Flier wrote this year in the Chronicle of Higher Education.

“But it is entirely inappropriate to require diversity statements in the process of appointment and promotion. Such requirements risk introducing a political litmus test into faculty hiring and reviews.”

While the above is correct, it’s not as clear as it should be. The litmus test has been there for years, the only difference is now the school is so degenerate in its political beliefs that they now can be open in their political bias.