Four years ago, the Hunting Ground documentary explored the failure of university administrations to adequately respond to sexual assault on college campuses in the United States. Universities in Australia and elsewhere also came under the spotlight. Reports from advocacy groups and journalists detailed the shocking rates of sexual violence in Australian university settings and poor university responses to them.

With funding from the Hunting Ground Australia project, the Australian Human Rights Commission (AHRC) conducted a national survey on the prevalence and nature of sexual assault and sexual harassment at Australian universities. Almost 31,000 students participated. The landmark AHRC report, Change the Course, was released in August 2017.

The report highlighted high rates of sexual violence against university students in Australia, massive under-reporting, and a lack of adequate university policies and practices to address the problem. The message was clear: universities need to do more.

Sexual violence and sexual harassment are not unique to university settings. These behaviours are also widely reported in other institutions such as the military, detention centres, workplaces, schools, the legal profession, politics, the medical profession, the media, religious institutions and the entertainment industry. 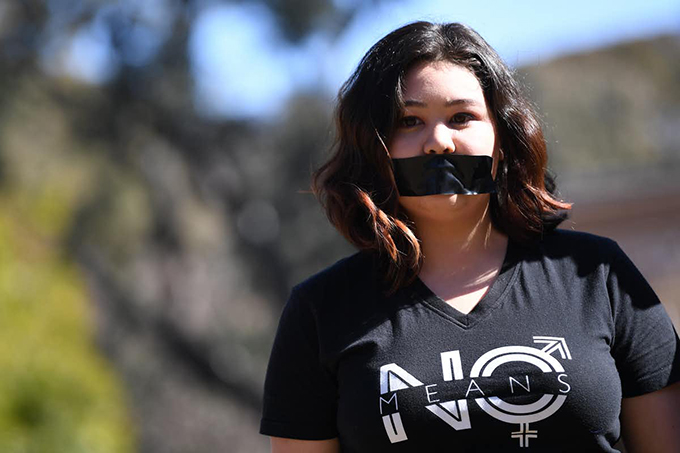 A student from ANU participates in a protest after the release of the AHRC survey in Canberra, August 2017. Lukas Coch/AAP

We don’t yet know whether the efforts and actions to improve university responses have helped to reduce rates of sexual assault and sexual harassment.

There have been a number of investigations and reports following the release of the AHRC findings. These reports suggest sexual violence continues to be rife in Australian universities. The AHRC survey will be repeated every three years and the next survey will provide insight into how things have changed.

But survey results must be interpreted cautiously. Some participants may not label their experiences as “sexual assault” or “sexual harassment”. Also, surveys conducted in English might not adequately capture the experiences of international students because of cultural and language barriers.

Overall, only 4% of students thought their university was doing enough to provide clear and accessible information on sexual assault procedures, policies and support services.

How far have universities come? 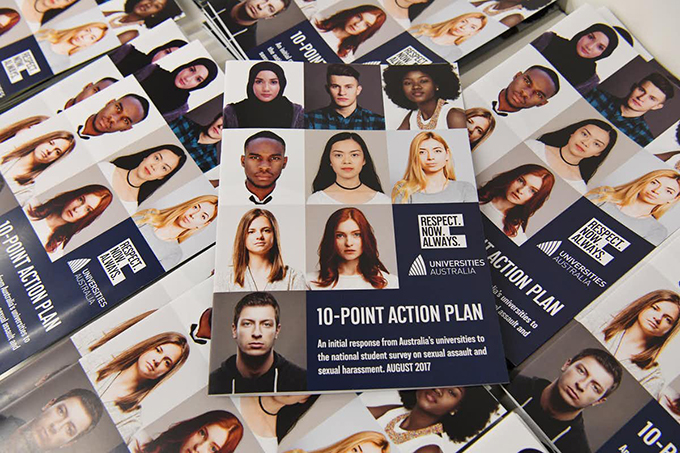 As part of the campaign, Universities Australia also developed a ten-point action plan. This includes initiatives such as respectful relationships education and specialist training for university staff and counsellors.

In July 2018, Universities Australia introduced a set of non-binding guidelines for universities. These guidelines refer to recording data, timeframes for reporting, resolutions and criminal investigations – among other things.

The AHRC has conducted two audits of the actions taken by Australian universities in response to the Change the Course report. One in December 2017, and the other in August 2018. The audits are based on information submitted to the federal Sex Discrimination Commissioner, Kate Jenkins, by 39 vice chancellors about how their universities have responded to the nine recommendations of the AHRC report.

As of July 2018, the majority of universities have implemented the following measures, or are committed to doing so in the future:

The 2017 and 2018 audits also provide examples of the practical measures put in place by some universities. They include providing students with access to specialist sexual assault and trauma counsellors on campus, independent evaluations or audits, anonymous reporting tools and education and awareness campaigns.

Responses showcasing how individual universities have responded to each of the AHRC’s nine recommendations can be found on the AHRC website.

In January this year, the Tertiary Education Quality and Standards Agency (TEQSA) released their report to the federal minister of education on higher education provider responses to sexual assault and harassment. Overall, TEQSA found the majority of universities have done the following:

Only some universities report their incident data publicly and/or have conducted reviews of their counselling services and student accommodation.

TEQSA also reported on the responses and actions of 126 independent and TAFE higher education providers. TESQA found independent and TAFE higher education providers have taken far less action. For instance, only 58% reported having a policy in relation to this issue. Only 13% had completed a review of sexual assault and harassment policy and practice.

This month, it was announced that Our Watch has partnered with universities and the Victorian government to develop a new evidence-informed respectful relationships education course. The online module will be trialled with students over the next 18 months.

The initiatives and actions taken to date by the majority of Australian universities are commendable. But so much more needs to be done within and beyond universities.

The biggest challenge we face in addressing sexual assault and harassment is much bigger than the university sector. It involves massive cultural change across our entire society. But Australian universities have the opportunity to show leadership on this issue. Let’s not waste that opportunity.

The National Sexual Assault, Family & Domestic Violence Counselling Line – 1800 RESPECT (1800 737 732) – is available 24 hours a day, seven days a week for any Australian who has experienced, or is at risk of, family and domestic violence and/or sexual assault.

This article has been updated since publication to avoid conflating gotafe with the TAFEs registered by TEQSA.