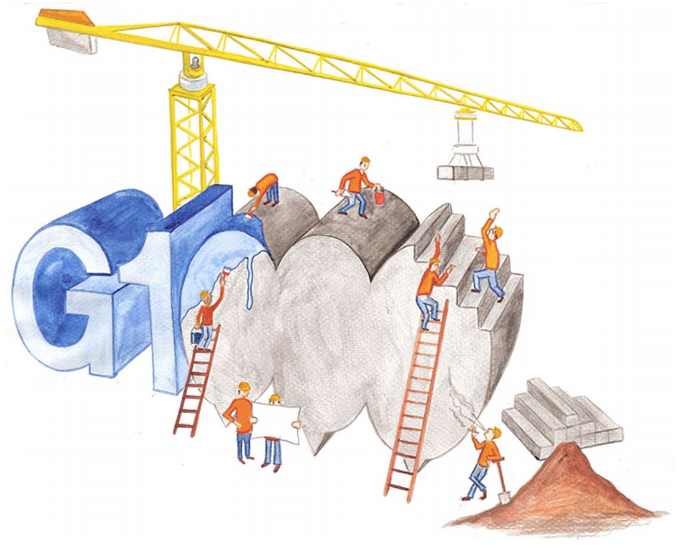 Amid the failures of traditional politics, the world has seen the emergence of a“deliberative wave”.Ordinary people are being selected by lottery to take part in citizens’ assemblies, citizens’ juries and other “mini-publics”. The Irish Citizens’ Assembly in 2018, which led to liberalisation in the constitutional status of abortion, is one prominent example, although a variety of other “mini-publics” have enabled randomly selected citizens to learn, deliberate and come up with recommendations on challenging policy issues. The evidence is clear: given the right structures, ordinary people are willing and able to reach sound decisions on highly complex and controversial issues. At a time of populism, polarisation and pessimism, innovations such as deliberative mini-publics offer an alternative way of doing politics.

There is also a real need for democratic innovation in higher education. For one thing, universities aspire to be spaces for cultivating the kinds of citizen who shape our societies. To realise this aspiration, however, they must teach for the kind of democracy we want. Crucially, this means creating environments where the full range of students can develop their civic and leadership capacities through constructive participation in governing university communities. A commitment to “widening” participation should go beyond getting students into universities and extend to involving them in the decision-making that affects them.

University communities are also facing significant challenges. In the UK, working conditions, casualisation and inequalities around gender and race have seen staff in 74 universities taking significant industrial action. Students pay three times the tuition fees they did a decade ago and expect “value for money” for the debt they take on. A mental health crisis, among both students and staff, is increasingly well documented. Brexit adds further and yet-to-be-seen challenges, while the changes introduced in response to the Covid-19 virus may continue beyond the current academic year. These and other issues cannot, and should not, be addressed without meaningful participation from students. Not only should they have an informed say on the issues that affect them, but universities cannot afford to ignore their untapped problem-solving potential.

Yet institutions largely fail to offer real opportunities for students to shape their universities (and so be shaped in return). Elections – for student unions, societies or class representatives – privilege the popular, confident, charismatic and ambitious. This provides developmental opportunities to the few who need it least and propels a socially unrepresentative class of students into leadership positions. Meanwhile, non-participation beyond casting the occasional vote is normalised for the majority. High-profile surveys offer wider opportunities for input, but only collect superficial views.

Universities are capable of developing better ways to involve students and to cultivate engaged, informed and reflective citizens. They are, after all, spaces not just for reflecting on what is, but on what might be. Instead of replicating the ills of contemporary politics, then, universities should be at the forefront of democratic experimentation, encouraging students to think critically and creatively about what democracy might be and how to get there.

Recognising the potential of mini-publics, some innovators are already at work in educational contexts. Leeds University Union, for instance, has been using randomly selected panels of students to determine policy in its “Better Forums” initiative. Democracy In Practice (a “nonprofit that focuses on reinventing student government”) has been challenging the orthodoxy of elections, helping schools reinvent student governments by using lotteries to select their members.

The resulting experiences, expressed at a recent event at Queen Mary University of London, are compelling: innovation can provide effective ways to address issues while expanding avenues for student participation. Lotteries give every student an equal opportunity to be involved, increasing participation among those otherwise excluded and ensuring that decision-making bodies reflect the breadth of the student population. In contrast with competitive elections, those who participate bring with them not a sense of personal achievement but the humility needed for more deliberative and collaborative approaches. As a result of their experience, they not only increase their capacities but are more likely to continue to be engaged politically in their educational communities.

By all accounts, students endorse change. Leeds eschewed conventional approaches to “engagement” because students wanted something different. Peer-reviewed research on Democracy In Practice’s projects has also shown that students prefer random selection over elections, finding the process to be fairer, more participatory and leading to student governments that are more representative and deliberative.

It is encouraging, then, that other mini-public initiatives are in the works. QMUL’s School of Law has recently approved a pilot project that will see a randomly selected panel of students given the time, information and support to deliberate and make recommendations on challenges in legal education. The University of Victoria has been consulting with student associations around the idea of establishing a campus-based citizens’ assembly to meet and deliberate on topics including democratic engagement.

Developments such as these are promising, but we need to go much further to systematise the use of democratic innovations in higher education, both within existing structures and by creating new spaces for participation. Students are capable of more, and it is our task to empower them and design for their best contributions. If experimentation is required, that is what universities are for.