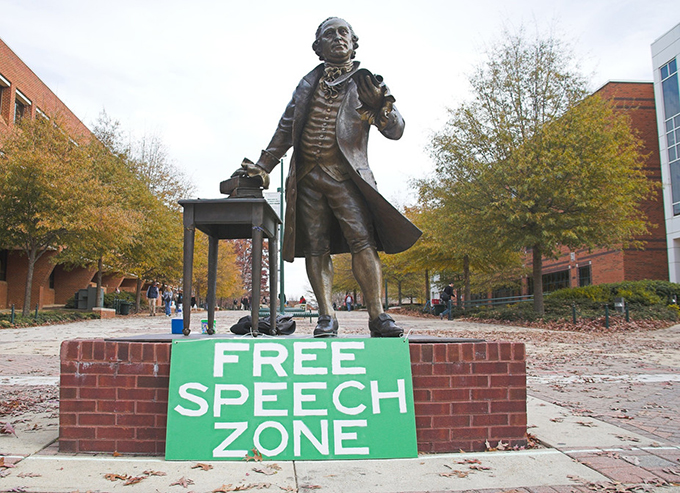 The maelstrom that erupted last month at Wilfrid Laurier University has since spread far beyond the campus ground — a teaching assistant opened up a vitriolic free speech debate across Canada by showing a video of a conservative professor who opposes Bill C-16 and refuses to use gender-neutral pronouns.

The incident became a national story when the mainstream media uncritically amplified the debate by publishing unnuanced arguments about free speech and academic freedom.

But by failing to carefully examine the issue, and ignoring social inequalities, the media managed to legitimize views that are hostile to the basic human rights of marginalized people.

In the process, teaching assistant Lindsay Shepherd has become a darling mascot for extreme right-wing followers. She now has more than 29,000 Twitter followers, including those who use free speech as an excuse to promote hate against marginalized people that is often veiled as subtext.

The subtext of free speech advocacy often nuzzles up with white supremacy, transphobia and sexism. And notions of free speech become even more complicated once we understand our identities are not treated equally.

As a PhD student in sociology and a trans woman who writes about surveillance issues in technology, media, and politics, I am closely aligned with these issues.

The community that’s developed around Shepherd’s Twitter presence has revealed the political goals beyond free speech. It signals the next popular saga of the far right in Canadian politics.

Many of the responses to Shepherd’s tweets are focused on labelling critics “snowflakes” and “social justice warriors.” This is common language in the far-right lexicon that regularly discount the feelings of vulnerable populations in favour of “preparing” students for the “real world.”

In Shepherd’s secretly recorded disciplinary meeting, she said: “I don’t see how I am doing a disservice by exposing them to ideas that are already out there.” As a transgender student myself, I can attest that we are very aware that cissexist discrimination is “out there,” as we suffer from them everyday.

Biologist and cultural critic Julia Serano defines cissexism as “the belief or assumption that cis people’s gender identities, expressions and embodiments are more natural and legitimate than those of trans people.” Cissexism represents the culmination of micro-interactions that serve to delegitimize our identities as unnatural and inauthentic. 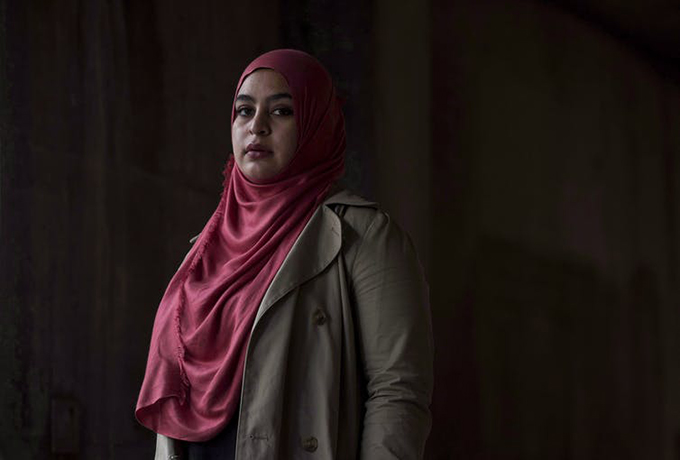 Masuma Khan of Dalhousie University was criticized for speaking out about ‘white fragility,’ but so-called free speech advocates have not come to her defence like they have for Laurier teaching assistant Lindsay Shepherd. THE CANADIAN PRESS/Darren Calabrese.

The creation of knowledge
Those who say the Laurier controversy is a freedom-of-speech issue ignore the complexities of the scholarly community. The university has a careful system of assessment in which free speech is deployed in scholarly knowledge production.

The production of knowledge in the academic world is laden with formal and informal processes that shape how knowledge is constructed, debated, disseminated and taught. Sociologist John Law draws our attention to the messiness of the world in practice; how human emotions, scientific methods, institutional priorities and the power and process of places like ethics boards, committees, class syllabi and codes of conduct become entangled when we go about the business of saying or writing something.

When we talk about free speech, these constraints are made opaque despite their centrality in shaping how we talk, write and debate as scholars.

For instance, academic journals use a peer-review process – which means a committee of scholars assess the quality, reliability and credibility of academic work and reject any that doesn’t meet academic standards. A lot of work is rejected for not meeting the criteria of the peer reviewers. Some work, even though peer reviewed, can still be problematic.

But questions about these processes are all swept away in popular debates around free speech. Arguments for unfettered free speech are far too easy because they ignore how academia functions as a complex institution and community.

These formal restrictions on how knowledge is produced are complemented with informal occupational codes that are enforced by students, faculty and administration.

These are the everyday restraints on knowledge of the academic world. And regardless of free speech policies at an institution, these restraints underlie the production of all knowledge in an academic setting.

These restraints are also underscored by power dynamics that shape scholarly priorities. The university has traditionally been dominated by white, cisgender men — and this arguably still impacts who gets funding, who gets published in high-impact journals and who sit as senior administrators. Those in academia who are not situated in male-centric privilege have to work through many more barriers in order to achieve success.

None of these processes or practices are immune from criticism. But that is an entirely different discussion than the one being advocated by the supporters of Lindsay Shepherd.

Academic freedom is certainly important, but so are the ways in which it can and cannot be practised. Teaching assistants do not have the freedom to supersede the class syllabus and classrooms aren’t spaces of unrestrained debate.

University administration, faculty associations and student and labour unions are constantly in friction over how these limits should take shape and what rights should be protected and how. These are discussions that are always happening and they do not get the same media attention that Shepherd’s controversy has attracted.

If Canadian universities are in crisis, their critics are focusing on the wrong issues. We need to focus on whose knowledge gets marginalized, and judging by Lindsay Shepherd’s mainstream popularity, it’s not hers.

Author Bio: Abigail Curlew is a PhD student in Sociology at Carleton University