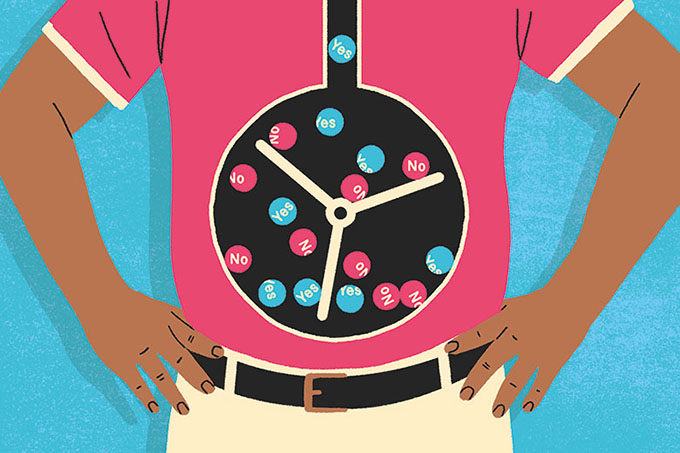 When Donald Trump won the US presidency in 2016 despite the myriad doubts about his character and personal affairs, his victory was attributed at least in part to his opponent’s unpopularity. Surely, many voters lamented, a country of 320 million people ought to be able to produce two better candidates than Trump and Hillary Clinton.

Indeed it ought. And while Joe Biden is a less divisive figure than Clinton was, and while the coronavirus has prevented much of the campaigning marathon that typifies a normal election year, there remains a sense that democracy can be a dispiriting spectacle. At its worst, the contest remains an exercise in ego-driven, money-backed candidates trading slurs and misrepresentations in an attempt to appeal to the lowest common denominator of the electorate.

Is there a better way? One idea that has occasionally been suggested – by the Japanese philosopher Kojin Karatani, for instance, and, more recently, by Malcolm Gladwell – is to choose national leaders by lottery. The idea is that a more random selection of plausible contenders would provide multidimensional representation and perhaps instil a greater humility and sense of public service in the eventual winner.

Of course, such an egalitarian suggestion is more utopian flight of fancy than an exercise in realpolitik – especially when Donald Trump seems set on clinging to power regardless of what the electorate might decide. But, in a higher education context, introducing the random selection of university presidents is a more durable proposition.

You might contend that, whatever state of chaos the White House might be in, most higher education institutions are well run. But failures abound, and the average public university president now lasts barely five years in office. Nor has the current generation of university leadership been cast in a favourable light by the recent admissions scandal at some of the most prestigious US institutions or the lemming-like insistence on bringing students back to campus in pursuit of their tuition dollars, rather than take a stand against the dangerous and politicised advice of government officials.

Some might worry that a lottery could produce a university president with little to no background in academic administration. But that already happens. As early as 2002, ex-CIA director Robert Gates became president of Texas A&M University, while, last year, former West Point Military Academy director Robert Caslen Jr. was appointed president of the University of South Carolina despite not even having a doctoral degree.

Academic faculty do have doctorates. And if university leaders were chosen at random from among them – with their tenure in the presidential mansion limited to a single term – a number of salubrious effects would transpire.

First, a considerable amount of money would be saved by not running presidential searches or negotiating special severance packages for the previous incumbent (such as the multimillion-dollar one likely to head to Jerry Falwell from Liberty University). Cutting off the snake’s head is the way the boards, regents, and other administrators preserve their power and avoid responsibility for having placed the snake among sheep in the first place, but such pay-offs would be much better repurposed as “transformative” funding for scholarships, classroom equipment or building repairs.

Second, a lottery system would entirely remove the influence of governing board members and regents: a very good outcome since most of them have political agendas that bear scant relation to the proper functioning of higher education. Meanwhile, no one would ever have to cringe at press releases from major universities announcing the “sole finalist” of their presidential search: the fait accompli that means the powers that be cannot be bothered to pretend to offer the institution’s community a choice.

The chances are that the winner of a lottery would also be a better candidate than the search committee’s sole finalist. Bad administrators would no longer be able to make a career of covering up their mismanagement and misconduct, moving on to one highly paid post after another. Nor would they leave behind them the cancerous circles of sycophantic and incompetent enablers, with whom they typically replace any competent administrators inclined to challenge them – and from among whose faux-victimised ranks their interim replacement is often appointed.

Selecting a university leader via a lottery would at least force those plucked from the academic crowd to focus on the fundamentals of higher education. They would not see their appointment as a sign of their superior ability, to bolster their CVs. Ego and careerism would be removed as motivating factors: presidents would simply be temporary custodians of their institutions, in whose best interests they would have every reason to act given that they would soon return to their former place in its faculty. They would probably hand more autonomy to the academics responsible for learning.

As in a military draft, not everyone selected will want the job at all – but having such a president would be no worse than being led by one who does want the job – but for all the wrong reasons. As Trump’s first term has illustrated, corruption, ineffectiveness, poor judgment and lack of enthusiasm are by no means restricted to non-volunteers. And at least if a drafted president went bad, the system would work to limit the bad apple’s corrosive effect rather than perpetuate it.

Author Bio: Bruce Krajewski is a writer and translator who retired as a professor in the University of Texas at Arlington’s department of English in 2018.