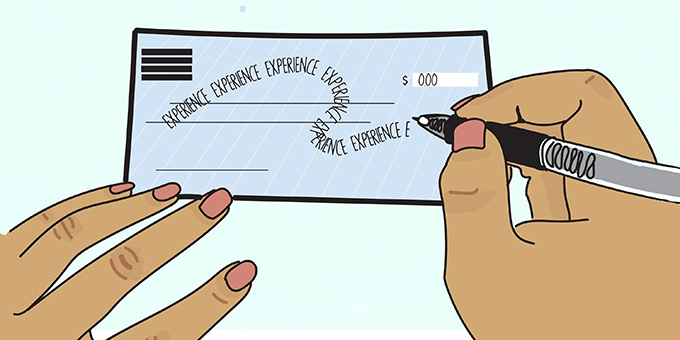 Unpaid internships are finally receiving much-needed scrutiny in the UK, with the prime minister welcoming efforts to close loopholes that allow people to work for free for prolonged periods.

The Unpaid Work Experience (Prohibition) Bill, currently going through parliament, seeks to restrict unpaid placements to four weeks, on the grounds that – as the 2017 Taylor review of modern working practices put it – “unpaid internships are an abuse of power by employers and extremely damaging to social mobility”.

I heartily agree with that sentiment. But I was surprised to hear that student placements are excluded from the proposed legislation.

I am certainly not against students getting work experience while at university, and I accept the case for unpaid placements of up to a month. But longer-term placements should always be paid, whether they are in the UK or abroad. And I say that as a tutor for a work placement module who is obliged to oversee long-term placements (sometimes unpaid) as part of his professional responsibilities.

Exploitation is notoriously difficult to define, as I discovered when I wrote a book on it. However, many readers will be aware of the International Labour Organization’s 11 well-established indicators of forced labour. Three of these – withholding wages, debt bondage and abuse of vulnerability – could arguably be applied to heavily indebted students working for free for 12 months in the hope this might give them a leg-up on to the career ladder. Unpaid placements, in this light, look exploitative.

Of course, UK students can still access income-contingent maintenance loans while engaged in long-term unpaid work experience, but many still struggle financially. Educational charity the Sutton Trust estimates, for example, that the cost of taking up an unpaid internship is £1,093 per month in London; in the current academic year, students can borrow up to £11,672 in maintenance.

In addition, students still pay (albeit reduced) fees while they are on their placement years. Many universities attempt to cushion this financial precarity by offering partial bursaries through hardship funds: a laudable action but one illustrative of a wider problem.

I have seen no convincing case for long-term periods of unpaid work beyond the argument that students should be free to choose undertake them. That position, however, falls down because the choice is often made within the context of constrained financial and personal circumstances. As the Taylor report made abundantly clear, offering such an option is unfair when not everyone can afford to take it.

Interestingly, and frustratingly, I have been unable to find any recent data or opinion articles about long-term unpaid student placements from either the National Union of Students or Office for Students. Nor do work-focused blogs and journals have much to say about the matter: a case of missing something right under one’s nose, perhaps?

In times of unprecedented economic crisis, in particular, there is a danger that more employers will resort to asking students to work for free, and others will follow. It is important that universities do not facilitate such a race to the bottom and that only those offering paid placements are promoted and supported. Meanwhile, those firms offering long-term unpaid placements must, at least, be asked to think again for the reasons outlined above – or, better still, collectively be excluded from participation in university programmes.

After all, the economic crisis wrought by the pandemic will also sharpen the spotlight on the government’s levelling up agenda, which is all about boosting social mobility, particularly in deprived regions. In that context, long-term, unpaid, widely unaffordable placements look increasingly anachronistic. Now is the time to work purposefully towards their elimination.

Author Bio: Sam Scott is Senior Lecturer in Human Geography at the University of Gloucestershire, and author of Labour Exploitation and Work-Based Harm, published by Polity Press in 2017.