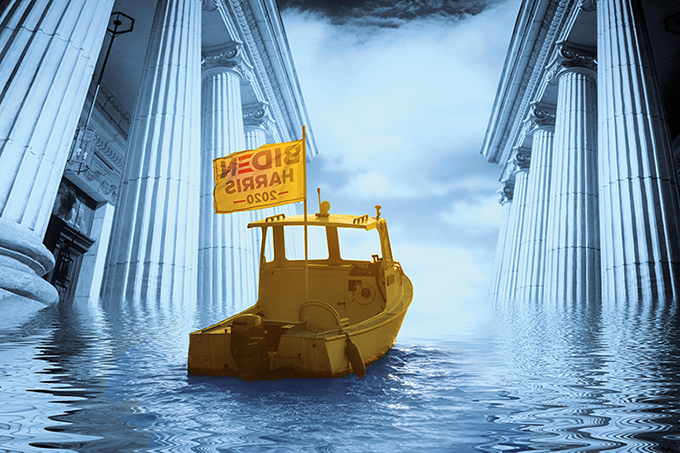 Faced with a president and a political party that seem to stand against everything they believe in, most American college leaders and professors went all-in on Joe Biden. But now that Biden has won the presidency, can American higher education get its head above water?

Coronavirus has been an obvious body blow, but colleges were already in crisis when it struck, with falling enrolment, declining government support and increasing questions about whether the high cost of a college education is worth it.

Even with Biden’s victory, higher education remains in an extraordinarily weak position. The Democrats will barely hang on to their House majority and look highly unlikely to take the Senate, so Biden’s aggressive higher education agenda has little chance of passage. Meanwhile, the defeated Donald Trump is likely to continue rallying his supporters with acidic disdain for the college-educated elites whom he will blame for driving him from office. The college community may be many things, but one description it will never escape is elite.

So what comes next?

Democrats must realise that this is a dilemma of their own making, and that it may take years to change it. The drift by the Democratic party to representing mostly the college-educated has been going on for close to 40 years. The party deserted its one-time lifeblood, blue-collar workers, because the bipartisan consensus has been pro-technology and pro-trade throughout the postwar era. Working people who had not upskilled were doomed, party leaders reasoned, and they chose to stick with the winners.

The Democrats have become the party of the cities and states with modern technology-based economies. The counties that voted for Biden represent 70 per cent of the US economy. As a strategy, representing these areas works well – until it doesn’t. Appealing primarily to the highly educated is bound to fail because only about a third of adult Americans have a bachelor’s degree. The two-thirds who don’t feel they are looked down upon, and resent the fact that their hard work hasn’t resulted in an improvement in their standard of living.

Biden openly did something fairly remarkable during the campaign. He embraced labour unions in a way that no Democratic candidate had done in a generation, holding rallies in union halls and calling out his support from organised labour. Can he convince high-school educated voters that he cares as much about them as he does about his Hollywood and Silicon Valley supporters?

His best bet in the short term is to cash in on the bipartisan support for an infrastructure bill that will create more than 10 million blue-collar jobs over the next several years. Over the longer term, however, much of the party’s appeal to working families fearful of falling out of the middle class will come down to its education agenda.

Biden, who is married to an educator, has been exceedingly broad in his platform, favouring free universal preschool and free community college. He also favours free four-year college degrees for students from families with incomes of less than $125,000. The individualism at the core of the American psyche is such that education is the preferred means of getting ahead, rather than more direct forms of income redistribution, because, in theory, it preserves individual responsibility and discourages other forms of government dependency.

But will Biden’s education platform happen any time soon? Republicans are turning against colleges and universities, which they see as producing more Democrats than Republicans. Indeed, the evidence shows that graduates are more resistant to authoritarianism and more tolerant of alternative viewpoints and lifestyles – characteristics associated with modern-day Democrats. Republican office holders will be torn between the culture wars and the knowledge that college degrees are vital to a quality workforce. They will probably walk a fine line of supporting their local college and expanded job training while decrying higher education in general.

College leaders are left in an unenviable position. On campus, they preach the gospel of education as an intrinsic good, but when that doesn’t translate into revenue, they go hat-in-hand to their mostly Republican legislatures to ask for bailouts. Their business model is collapsing: college has become unaffordable to vast swathes of the American public as years-long pullbacks in public financing have shifted the burden of paying to students.

Biden’s free college programme would help answer that dilemma. It would be very expensive – nearly $700 billion over 11 years – but our research finds that gains in tax revenue and income levels for college graduates would more than pay for it. Still, it remains to be seen whether Biden can convince others of higher education’s key role in educating and training workers.

Rather than the beacons of hope that they are in their own self-images, colleges are seen as villains by millions of Trump supporters. Biden will get few gulps of air as he swims against that deep cultural tide until at least 2022, when Democrats nationwide get their next shot at the voters in Congressional elections.

Author Bio: Anthony P. Carnevale is Director and Research Professor at the Georgetown University Center on Education and the Workforce, an independent, nonprofit institute affiliated with the Georgetown McCourt School of Public Policy that studies the link between education, career qualifications and workforce demands. He is co-author of The Merit Myth: How Our Colleges Favor the Rich and Divide America.