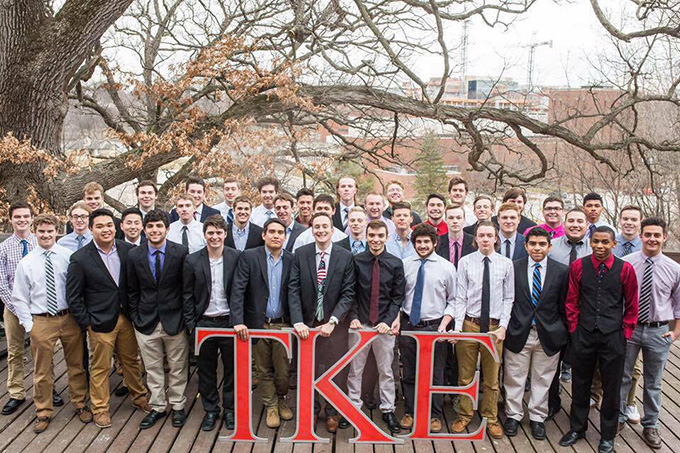 At one time, the biggest problems associated with college fraternities were raucous house parties, puerile pranks or grim hazing ceremonies.

This year, far more controversial issues have confronted these staples of US campuses – and of light-hearted Hollywood comedies from Animal House to Old School and Neighbors. And these issues have challenged the popular notion that fraternities – as well as, to a lesser extent, female sororities – are little more than harmless social clubs.

In the months since George Floyd’s death in police custody, anti-frat movements have swept across US universities as members decided that camaraderie and promises of post-graduation professional connections don’t outweigh their association’s deeply exclusionary, racist and misogynist roots, which continue to structurally produce harm.

Some called for the removal of these historically white organisations, whose titles consist of meaningless combinations of Greek letters, such as kappa, delta and, above all, alpha. Others want Greek life abolished wholesale, arguing that reform – which would require professionalised national organisations to put accountability before lucrative public images – is impossible.

Walking away from these organisations will be tough for many students. After all, as John Hechinger’s 2017 book, True Gentlemen: The Broken Pledge of America’s Fraternities, correctly notes, fraternities became the “unofficial bartenders” of many campuses after the drinking age rose to 21 nationwide in 1984.

Given the troubling racial history of many fraternities, however, it is understandable that many students are doing so – or at least speaking out. In early July, I called for universities to remove from campus those fraternities bound to a post-Civil War social movement that celebrated the original Ku Klux Klan and sought to redeem the Confederacy and the virtues of the slaveholding South.

The Kappa Alpha Order (KA) was a symbol of that movement, and its continued veneration of its “inspirator”, Robert E. Lee, the Confederate general, is perhaps the most egregious example of a fraternity refusing to acknowledge its racist past. This refusal was recently illustrated when KA’s Xi chapter at Southwestern University was suspended after it denounced the Confederacy and Lee (officially, the rebuke was because the denunciation contained “threatening and incendiary language” and had not been cleared with KA’s central office).

The reputation of this southern general is, of course, still a contentious issue in the US, despite historians’ agreement that Lee was a brutal slaveholder and committed white supremacist who used his positions to promote racist and structural inequalities. KA, which has about 150,000 members, continues to describe him as a “true gentleman” and “the last true knight”, seemingly unaware of, or unconcerned with, the ways in which these “virtues” reinforce race and gender hierarchies. What’s more, in practice, KA’s guiding principles of chivalry, gentility and the protection of womanhood were used to excuse Jim Crow-era racial violence.

That claim may sound extreme, but consider the championing of lynching on the national lecture circuit by John Temple Graves, a former KA knight commander (a position akin to being its national president). During a 1903 address in Chautauqua, New York, for instance, Graves expounded that the lynch mob is “the most effective restraint that the age holds for the control of rape”, to which it responds “with the rope, the bullet, and…the torch”. He added that “the mob stands today as the most potent bulwark between the women of the South and such carnival of crime as would infuriate the world and precipitate the annihilation of the Negro race”.

KA’s journal called the speech “a most powerful address on the subject of lynching and the race problem”, and, years later, Graves was invited to speak at KA’s 1923 national convention. There, he explicitly linked the frat’s principles and its mythological image of Lee when he toasted Lee as the “noblest character that has lived in mortal flesh since the Babe was born in Bethlehem”. He added that born with Lee was the “KA creed.”

Graves’ toast was reprinted in KA’s handbook as recently as 2015, but his defence of white womanhood derives from the Jim Crow idea that white women required the protection of chivalric Southern gentlemen from the lust of black men. It is nothing short of a call for racial violence.

Almost a century on from these events, many may ask if the veneration of Lee and the ideals his memory came to represent still matters. They might find their answer in the disturbing incident last year when three members of the University of Mississippi’s KA chapter made headlines for brandishing firearms in front of a bullet-riddled Emmett Till memorial. Till, a 14-year-old African American youth from Chicago, became a national civil rights icon in the 1950s after he was lynched for allegedly whistling at Carolyn Bryant, a white woman, in a Mississippi grocery store. The three KAs posed, smiling, at the site where Till’s mutilated body was recovered from the Tallahatchie River.

It is only fair to note that, as well as Southwestern’s, other KA chapters have also come forward to demand that the organisation cut ties with Lee, including the one at Washington and Lee University. But until university administrations launch an honest national conversation about the damaging ideals that rest behind the foundational figures and principles of such fraternities – and require fraternities to disavow them or be removed – students will continue to be uneasy about the role of Greek life on campus.

Author Bio: Taulby Edmondson is an adjunct professor of history, religion and culture at Virginia Tech.