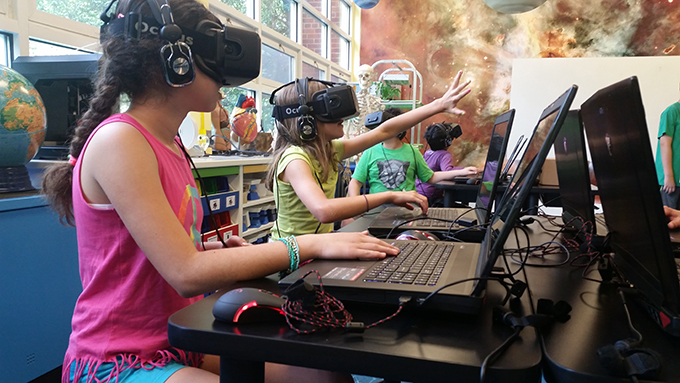 For many years, schools and universities have had to change the way they work and teach in order to fit in with technology.

Software like PowerPoint, for example, which has long been used as an education tool, wasn’t designed for education. Nonetheless, it has been a staple tool in education settings, used as a way to present information in template, bite-size formats.

But this isn’t always a good thing.

The use of digital technologies sees some teachers and students presenting information using templates, which means much of the individual character of teachers’ practices can be lost.

Research shows that software such as PowerPoint can homogenise and sanitise the way teachers present information to their students.

Only more recently are we seeing technology being designed and utilised specifically for education contexts, and it’s changing the way students learn and understand things.

For a number of years, teachers have been customising their own virtual worlds to enhance the way they represent content.

A virtual world is typically a multi-user, computer-based environment in which users interact with one another through pre-programmed avatars or digital representations of the user.

Science, medicine and maths tend to be particularly suited to virtual environments.

For example, some mathematical and scientific worlds allow users to represent abstract topics in ways that would otherwise be difficult or impossible in real life.

The use of virtual worlds for simulation of medical procedures is well documented, as it allows for errors to be made without the catastrophic consequences in real procedures.

One particularly innovative initiative was conducted in a virtual world called Second Life.

The program allows teachers to design, create and teach in a virtual world with 100 university students. A series of collaborative activities were used to introduce aspects of Chinese language and culture to students in Australia before they spent time on exchange in China.

When the effects of this program were researched, data illustrated significant improvements in a number of key areas including:

Research is starting to provide examples of where and when these technologies may fit into the pedagogical repertoire of teachers. Studies have reported increased student motivation, improved collaboration and knowledge construction and enhanced classroom practices.

In the recent past, students and teachers were able to access virtual worlds only through a desktop or laptop computer.

They are now able to access different devices that can be worn on the user’s head, allowing for a more immersive experience.

The release of relatively low cost, virtual reality headsets such as the Oculus Rift and HTC Vive now allow teachers to design three-dimensional interactive and individual environments for their students.

While the technical skills associated with this kind of work are beyond the capacities of many teachers, advances in the way we can program these kinds of tools mean this is likely to be a real option for many teachers in the near future. 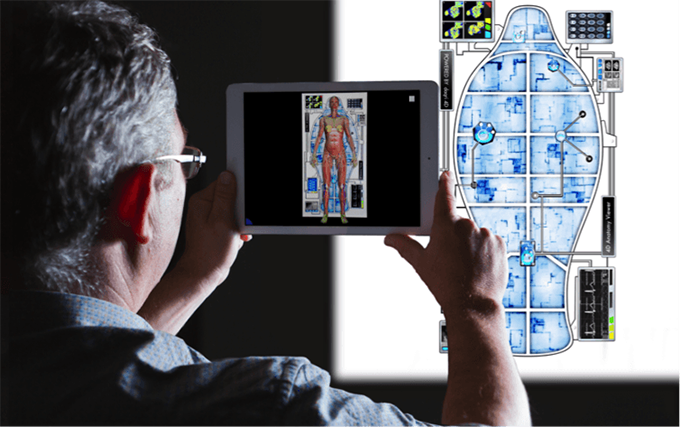 Using an Augmented Reality application on a mobile device to be able to examine the inter-relationships between different systems in the human body. Greg Ford, Author provided

One of the most recent forms of technology to enter the educational landscape is Augmented Reality (AR).

Unlike virtual environments, in which the real world is obscured and the user is immersed in a fully digital experience, AR overlays digital information on real world objects utilising the camera on a mobile device such as a tablet or smart phone.

In some educational uses of AR, three-dimensional images, video, audio or text are “triggered” to appear by a printed image.

The potential of this form of educational technology is beginning to be realised not only in tertiary settings but also in secondary schools.

Research shows that although this type of technology enhanced self-directed learning, there are still technological and pedagogical challenges such as slow response times, incompatible softwares and incompatible environmental settings.

Over the past 18 months, I have been working on a different educational AR application for use in the Royal Botanic Gardens in Melbourne.

This work is grounded in considerations of the technological, pedagogical and content (TPACK) requirements of teachers. 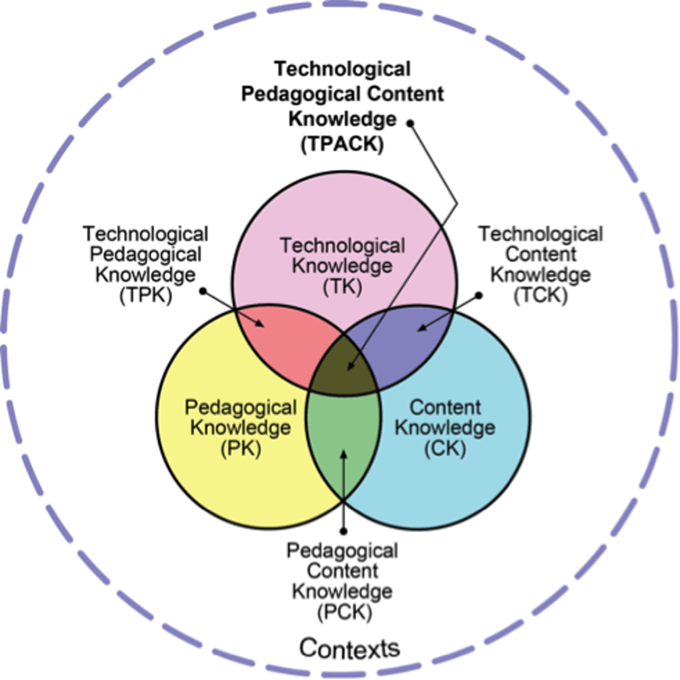 Research of the TPACK concept argues that teachers integrate digital technologies most effectively when they consider the ways in which different platforms allow them to represent content in different ways. This means they can engage their students in more comprehensive learning activities.

My work at the Royal Botanic Gardens has been designed to use AR technology with a particular pedagogical approach (constructivism) and to represent particular content (environmental sustainability and Aboriginal and Torres Straight Islander histories and cultures) to students in ways that would be otherwise difficult to do.

For example, students are introduced to the concept of the carbon cycle through an AR overlay of the cycle triggered by the geometric shape of specific trees.

Looking through a tablet device, an animated representation of the carbon cycle appears over the real world setting in front of the students, allowing them to grasp a concept that can’t be seen with the naked eye, heard, touched or smelled. 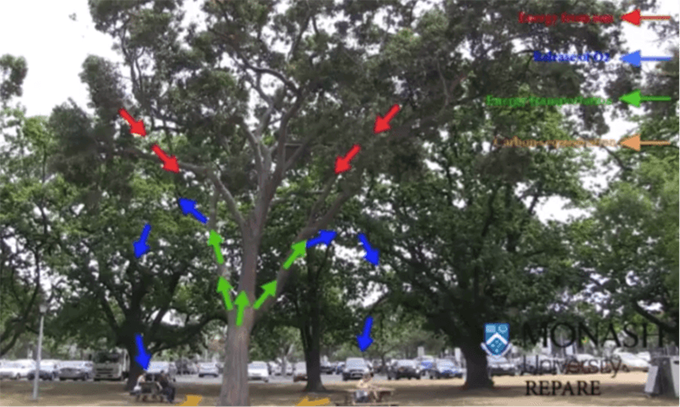 The carbon cycle represented in real time on a tree that students look at through a digital device. Author provided

Once the students have been able to grasp this abstract content with the help of the technology, teachers then have the choice of other digital or non-digital activities from which they can choose to have their students apply this knowledge.

Emerging digital technologies such as AR are now being considered in complex, subtle and thoughtful ways by teachers.

These considerations are helping teachers to make choices other than just PowerPoint when it comes to the inclusion of technologies in their teaching practice.