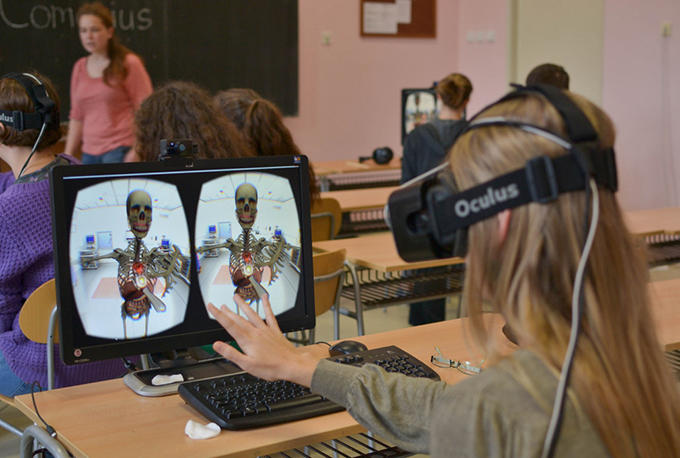 You’ve probably heard how Virtual Reality (VR) is going to change everything: the way we work, the way we live, the way we play. Still, for every truly transformative technology, there are landfills of hoverboards, 3D televisions, Segways, and MiniDiscs – the technological scrap it turns out we didn’t need.

It’s reasonable to approach VR with a degree of scepticism, but allow me to explain three ways in which VR can transform the way we learn, and why we, as psychologists, are so excited about it.

VR has great potential as a classroom aid. We know learning is more effective when learners are actively engaged. Practical lessons that encourage interaction are more successful than those where content is passively absorbed. However, certain topics are difficult to ground in meaningful tasks that learners relate to.

From the enormity of the universe to the cellular complexity of living organisms, our egocentric senses haven’t evolved to comprehend anything beyond the scale of ourselves. Through stereoscopic trickery and motion tracking, VR grounds counter-factual worlds in the plausible. For the first time, learners can step inside these environments and explore for themselves.

Researchers are currently developing Virtual Plant Cell, the first interactive VR experience that’s designed for use in the classroom. Learners explore the alien landscape of – well – a plant cell. Wading through swampy cytosol, ducking and weaving around cytoskeletal fibres, and uncovering the secrets of the plant’s subcellular treasures: emerald green chloroplasts, where photosynthesis takes place, curious blobs of mitochondria, or a glimpse of DNA through a psychedelic nuclear pore. 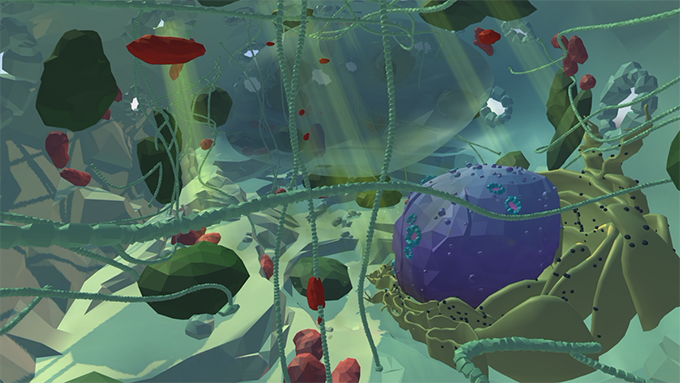 The inner workings of the cell are grounded, allowing students to actively engage with the lesson’s content through meaningful tasks. They may work in pairs to give each other tours, or create a photosynthetic production line. Using intuitive gestures, students grab carbon dioxide and water molecules from around the cell, feeding them to chloroplasts to produce glucose and oxygen. With all the ingredients for active learning, the Virtual Plant Cell should be a particularly effective teaching aid. Indeed, preliminary data suggests it may improve learning over traditional methods by 30%.

2. VR for everyone and everything

It’s not just the learning of “what” something is that VR can assist with, but also the learning of “how” to do something. In psychology, we make the distinction between declarative (what) and procedural (how) knowledge precisely because the latter is formed by doing and can be applied directly to a given task. Put simply, the best way to learn a skill is by doing it.

Every learner’s goal is to cultivate a large enough range of experience that individual elements can be drawn upon to meet the demands of novel problems. To this end, a great deal has been invested into training simulators for high-risk skills such as flying and surgery. But there are many lower-risk skills which would benefit from simulation, there’s just been little reason to justify investment. That is, until now.

Advancements in mobile technology have led to high-definition VR sets for the price of a mid-range TV. Without the financial barrier, consumer-grade VR opens the door to improve skills training in settings where the real thing isn’t readily available. 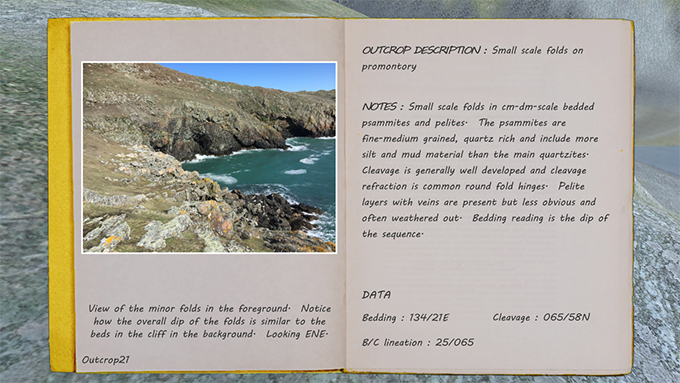 VR geology seminars could allow students to explore sites without travelling to them. University of Leeds, Author provided (No reuse)

One such example would be the Virtual Landscapes programme we’ve developed at the University of Leeds. A vital part of any geologist’s training is to learn how to conduct geological surveys. Armed with a compass, GPS and a map, geologists must navigate unfamiliar terrain to make observations, ensuring they make the most of their time. VR simulation can provide this in real time, with all the tools they’d expect to have out in the field.

The advantages are twofold. Student absences from field trips become less of a hindrance with access to an accurate simulation. The challenges of surveying a mountainous region differ from those in a tropical rainforest. It may be easier to see where you’re going, but your choice of path will be more constrained. VR can present these different biomes without students having to visit all corners of the Earth. The learner’s experience is expanded, and they’re better equipped to tackle novel problems in the field.

3. Wearing (a VR headset) is caring

VR may also hold the key to driving positive behavioural changes. One way we know we can achieve this is by eliciting empathy. VR uniquely allows people to experience alternative perspectives, even being dubbed the ultimate “empathy machine”. It’s a lofty claim, but early applications have shown promise.

A recent Stanford study showed that participants who experienced becoming homeless in VR displayed more positive behaviour towards homeless people – in this case, through signing a petition demanding solutions to the housing crisis – than those who engaged with the same materials on a traditional desktop computer. This effect persisted long after the study ended. Perhaps by experiencing firsthand the challenges faced by vulnerable groups, we can share a common understanding. 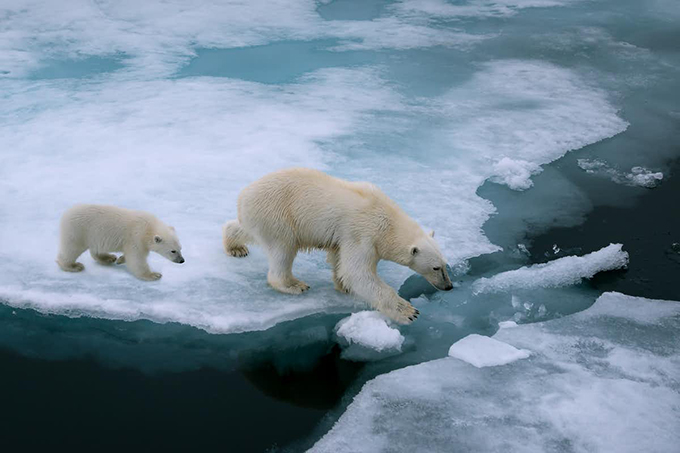 The power of VR to elicit empathy might be used to tackle an even wider range of social issues. We’ve been running VR outreach projects in schools to improve awareness around climate change. Through VR, young people have witnessed the melting of the icecaps, swam in the Great Barrier Reef to see the effects of receding coral on the ecosystem and rubbed shoulders with great primates whose habitats are being cleared by deforestation. Using VR, we hope to cultivate environmentally responsible behaviour before attitudes and habits become more fixed.

So there you have it. By bringing previously inaccessible experiences into the classroom, VR may accelerate the learning of abstract concepts, augment the acquisition of skills, and perhaps even be a force for social change. For now, the technological scrap heap can wait.

Author Bio:John Pickavance is a PhD Researcher in Cognitive Science at the University of Leeds