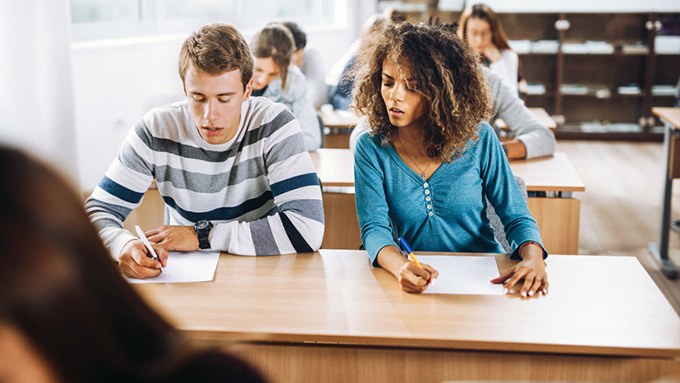 Even academics sometimes prefer the bliss of ignorance to the disillusion of knowledge. One such area is student cheating.

The extent to which students cheat in university exams is not a subject that many academics or institutions care to probe with any diligence, lest turning over the stone reveal some uncomfortable truths. But to disregard integrity is to disregard learning. We have to do better.

So how common is cheating in universities? Previous studies suggest that a majority of students have consciously broken the rules at one time or another, with self-reported cheating ranging between 50 per cent and 70 per cent. Nearly 40 per cent of students report having used the internet to facilitate cheating.

This apparent prevalence invites the question of whether students now see some types of cheating as acceptable, even necessary. In our recent five-year study, carried out across multiple universities, we asked students just that question. And we now have their answers.

As set out in our recent paper, published in the Journal of the National College Testing Association, more than half of the students (61 per cent) we interviewed admitted to having cheated on tests. They do not do it very often and, generally, do not think it is acceptable, but more than three-quarters (76 per cent) do not consider all types of cheating to be totally unacceptable.

In other words, many students view academic integrity as conditional. They look to their peers for cues about cheating. They also consider the unspoken messages sent by their professors and other academic leaders.

Our research shows that the message that students hear about cheating relates in part to how much effort is invested in stopping cheating. So it is not so much what a professor or institution says as what they do that registers with students.

For example, students are more likely to think that cheating is acceptable, even expected, if a test is given without a proctor: a test observer who ensures a level playing field for everyone. Of the students who responded that it was never acceptable to cheat on a proctored test, almost 30 per cent said it was at least somewhat acceptable to cheat when the test was not proctored. And of those who said they never cheated in a proctored environment, fully one-quarter said they cheated at least occasionally on an unproctored test.

Our research makes a compelling case that students rationalise cheating behaviour by telling themselves: “If the instructor did not want us to cheat, they would not make it so easy for us to do so.” According to this line of thinking, students assume that their professors know they will cheat and if they really, truly didn’t want them to, they would do something to stop it. They read a lack of active deterrence and enforcement as a permission to cheat.

There are other rationalisations, too. Students also told us that it was permissible to cheat because grades – not learning – are all that matters or because not cheating would put them at an unfair disadvantage when other students are doing it. Students also justified cheating on the grounds that “in the real world” you use every resource you can to solve a problem, so it seems illogical to not do that on a test.

Many institutions of higher learning understand and insist that they cannot simply be degree granters, but exist, at least in part, to produce effective global citizens. Our research shows that institutions should demonstrate this institutional commitment not just in words but in their day-to-day expectations of their students and in the standards and protections they enforce. Unquestionably, this includes a more diligent and vigilant approach to test integrity.

We recognise that it will be a harder challenge to overcome students’ failures to always connect learning and testing, rather than seeing grades as the whole point. It is a challenge, however, that academics will have to confront as they work to develop effective, pedagogically sound assessments of learning. The surface-level solution of proctoring exams will have some effect, but will not be enough.

While most colleges and universities outline a shared expectation that academic integrity is central to a fair and honest academic environment, they must also face up to the fact that students still regularly cheat. What institutions choose to do about that will directly influence whether some students continue to think that academic misconduct is acceptable – or even expected of them.