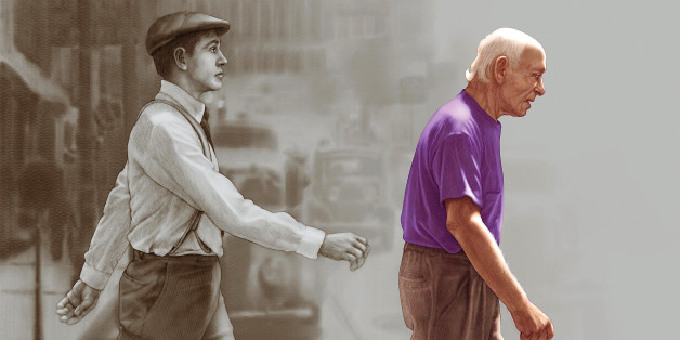 Sorry to be the bearer of bad news – sooner or later, we’ll all reach the end of our lives. Many of us are not keen to face this event, nor the time that comes directly before. It’s actually hard to say what is the bigger taboo, death or the personal care that most of us receive in our final days and weeks.

According to the Health Organisation, more than half of us die of an illness that requires some form of end of life care. Depending on your definitions, the figure can be much higher – a German study found it to be more like four out of five, which is in line with findings from my work in Scotland. Either way, care providers expect the absolute numbers of people in Western countries in need of end of life care to keep growing as populations continue to grow older in future.

As you might expect, older people have a higher chance of developing ailments that need care. The group of those experiencing a long period of dwindling physical and mental faculties due to frail old age or dementia is already rising: according to the death records that we examined in Scotland, for example, it doubled from 5.1% in 2001-02 to 9.7% in 2011-12, and dementia rates have continued to increase. The share of people undergoing shorter periods of decline, such as cancer patients, rose to 29.5% of all deaths in 2011-12. These numbers are slightly higher than many other countries, but roughly comparable.

Given these figures, you may wonder: what is life like at its end? Do people receive the care and support they need? The answer is, not everyone does. My colleague Iain Atherton and I mapped the last year of people’s lives in Scotland using a mixture of census data NHS data, and death records. Here’s what we found out.

Deprivation and being alone

We looked at all 53,517 people who died in Scotland within a year of the last census in 2011. About one in five were below pension age, half were aged 65-84, and just under a third were 85 or older. Every third person lived alone, and around 40% were widowed. Not the ideal situation when you need care.

The closer people were to dying, the more likely they were to have moved in with others. This varied by neighbourhood deprivation, however. In more deprived areas, 37% of people aged 70 and over – those most likely to need care – still lived alone, even in the last four weeks of their lives. In the least deprived areas, the rate was 25%. (In this age group as a whole, 18% of people died in a care home.)

To my knowledge, nobody has come up with directly comparable figures for other countries. From Eurostat data from 2014, though, we do know that 32% of over-65s in the EU live alone, for example, and that the UK is almost exactly in line with the average.

Let’s be honest: few people find the idea of living alone in old age appealing, no matter what their health status. In many cases, it goes hand-in-hand with depending on external services for care – strangers that invade the innermost sphere of your privacy. It’s probably one of the major reasons why people don’t like talking about this stage of life.

Yet if we want to make our last months and years of life less bleak, talking and acting is exactly what we need to do. As I have just discussed at a show at the Edinburgh Fringe on the subject, we should consider new options. We need to think outside the box, and ensure that we are the decision makers instead of being pushed back into the role of dependent.

Are retirement villages an option, for example? Or better still, housing complexes with people from different generations, where even a frail grandad can help the neighbour’s boy with his homework and still feel part of the community? Or can you band together with some friends, either in one house or in adjacent flats?

In many cases, care decisions are made ad hoc, because an immediate solution is required. When your mother has had yet another fall and it’s clear she can no longer stay on her own and needs a care home bed in two days when she comes out of the hospital, there is no time to find the best home for her. You must take the place that is available.

Isn’t it funny that many of us tend to take out life insurance in case we die prematurely but don’t make provisions for the very likely possibility that we’ll need care? I doubt you look forward to your care home stay, the tightly scheduled visit of the district nurse, or the look on the face of your children when they need to decide whether they want to sell the house they grew up in to pay for better care for you.

Rich or poor, man or woman, the clock is ticking for all of us. Too many older people are facing the most vulnerable stage in their adult lives alone, and the next generation needs to find ways of avoiding this situation. It’s not to say that governments and healthcare providers shouldn’t take responsibility for care – they do anyway – but if we blindly rely on them to provide, there are limits to what we will receive. Before it’s too late, it’s better that we also come up with plans of our own.