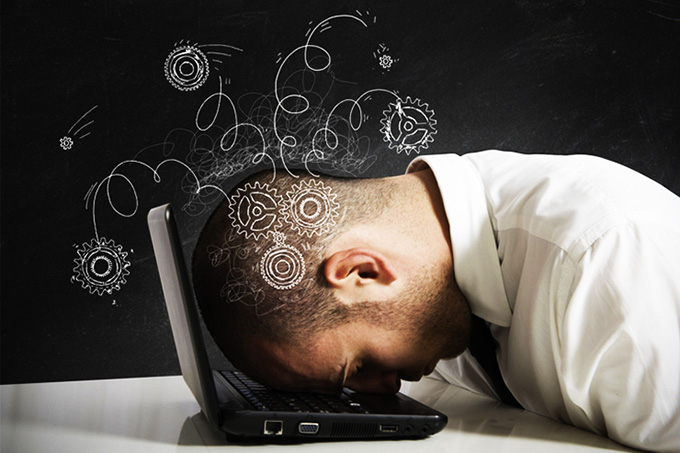 Except … some of the students are not new. They are retaking courses they had previously failed, or barely passed. They may be doing that to boost their marks, qualify for advanced courses, maintain scholarships or just stay in their degree programs.

Repeating, unfortunately, is not unusual, especially for first-year university courses. First year is especially challenging because students must adjust to the differences between high school and university.

Despite being widespread, little is known about course repeating. On their second attempt, do students score higher, lower or about the same as before? How do they compare to first-time course-takers? Does it matter whether they originally had failed or just scraped by? Which students have the best chance of success when repeating?

To investigate these questions, I conducted three studies with my colleague, finance professor Ernest Biktimirov. A Chancellor’s Chair for Teaching Excellence award funded our research.

How much do they improve?

We initially examined 232 repeat attempts in first-year courses with high repeat rates, such as calculus, economics and accounting. These repeats involved 116 students, each retaking between one and five courses. In 58 per cent of these cases, the student had originally failed. In the other cases, the student had barely passed.

In this sample, the average grade on students’ original attempts was 44 out of 100, versus an average on their repeat attempts of 60. (At our university, 50 or more is a pass.) This means repeaters improved their grades by 16 marks on average.

However, the degree of improvement varied widely. It ranged from a decrease of 45 marks to an increase of 65 marks. About nine per cent of the repeat grades were lower than the originals. 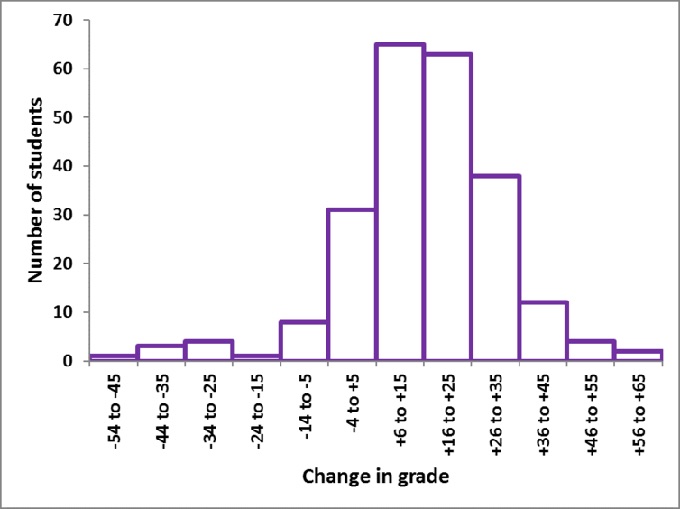 This diagram shows how students’ grades changed between their original attempt and their repeat attempt. For example, 65 students increased their grades by between 6 and 15 marks. Eight students saw their grades drop between 5 and 14 marks.

The student’s original course grade and their overall university average were both good predictors of their repeat grade. For example, suppose a student had barely passed on the original attempt and had good marks in their other courses. That student would likely do well when repeating.

Conversely, consider a student who had failed badly in their first attempt, and had barely passed their other courses. That student would likely score poorly when repeating.

Students who had originally failed the course earned the lowest grades on average. It seems they mostly continued to suffer from the problems they experienced during their original attempt.

Interestingly, their grades were also more varied than those of the other two groups. While most of the original failers did poorly, a few did very well. They somehow overcame their earlier difficulties in the course.

Advice for students and advisers

These results imply two suggestions for students thinking of retaking a course. First, repeating is more likely to succeed if their original grade is not too low and their other course grades are good.

Conversely, students with very low original grades and weak marks in other courses may not find repeating worthwhile. They may be better off taking a different course, or even a different degree program.

Second, the wide variation in outcomes suggests that students should thoughtfully prepare for repeat attempts. Simply continuing their original behavior and hoping for “better luck” the second time is unwise.

Instead, students should make changes to improve their odds. They could free up more studying time by spending fewer hours at part-time jobs or on sports teams. They might also benefit from attending learning skills workshops or joining study groups.

This research is part of a larger program to help individual students make better decisions about their studies. We want to help them learn their material better, earn higher marks and ultimately graduate.

By helping individual students this way, our results should also benefit universities and the governments that fund them. Increased student success at repeating courses is another small way to reduce drop-out rates and boost graduation rates. Those are increasingly important goals on many campuses and in many countries.