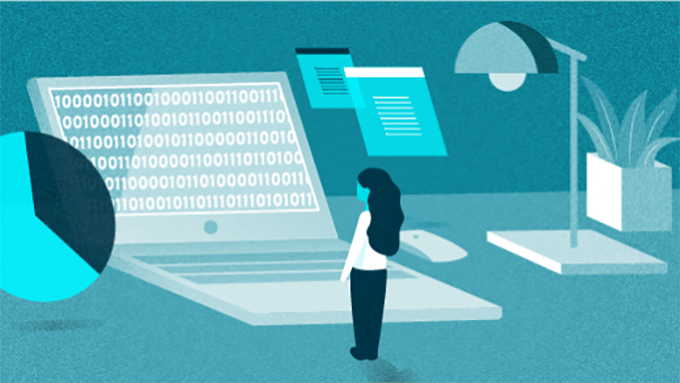 With the creation of a specialty in digital and computer sciences in high school, the National Education launched in 2020 a sector of Capes dedicated to the recruitment of teachers responsible for these courses. And now, from 2021, students who so wish will also be able to prepare for the external aggregation in computer science, so the first session will be organized in 2022. Consecration for this new discipline? And a sign that this venerable institution that is the aggregation knows how to renew itself according to the requirements of the time?

Indeed, the competitive examination for aggregation has a long history to which we should return to better understand the current debates on the recruitment of secondary school teachers. Created for the first time in 1766, this competition was recreated in 1821. Originally, its aim was to recruit replacement professors, intended to succeed full professors. But, subsequently, the agrégés became the reference teachers of secondary education, and even, for a long time, the privileged candidates for posts in higher education.

Before 1950 and the creation of CAPES , the aggregation was the only competition for recruiting secondary school teachers (except in modern languages ​​and in female secondary education). It could therefore be valued as a competition establishing a certain independence of teachers from administrative “arbitrariness”. The other professors were in fact recruited on the basis of the license, at the choice of the administration.

In fact, aggregation has never been enough to ensure the recruitment of secondary school teachers because, from the XIX th  century, juries were keen to give it a high scientific level. This system made it possible to encourage non-agrégé professors to strengthen their skills by preparing for the competitive examination, a condition for acquiring the advantages granted to agrégés (lower service time, but higher salary).

The creation of CAPES did not fundamentally change this situation. On the contrary, it made it more visible, since there are therefore two competitions for the same function. Since 1988, the internal aggregation competition, in particular, has played this incentive role. The only change is that it is no longer completely the same skills that candidates must acquire, since the internal aggregation includes didactic tests.

For its part, external aggregation continues to be of an exclusively scientific nature. But its supporters consider that the qualities which its laureates had to demonstrate, both in writing and orally, are the basis of the skills which make it possible to become a good teacher.

This point of view has never been unanimous. At the end of the XIX th  century, for example, the historian Ernest Lavisse find the competition too academic aggregation, insufficiently professional. Is it really suited to its function? Do we not recruit lecturers more than educators? Doesn’t the scientific level of aggregation relate more to higher education than to secondary education, its real destination?

Between secondary and higher

Some go further: too learned, the agrégés would be unable to put themselves within the reach of their public of high school students, especially in the small classes. This criticism was reinforced by the democratization / massification of secondary education. Archaic and elitist, the aggregation would no longer be suitable for new school audiences.

Worse: the reference figure that the aggregates continue to represent would slow down the essential process of professionalization of recruitment competitions for secondary teachers (external aggregation is moreover spared by the reforms concerning CAPES). It would maintain the idea that the best teacher is the one with the best mastery of his discipline, when many other skills are needed, including the ability to work in a team.

Moreover, is it not on the ground, and not following a competition, that one proves one’s competence? To believe that one is a good teacher because one is an associate would be like believing that essence precedes existence.

These criticisms obviously benefit the demands of non-associate professors, who can be based on the principle “for equal work, equal pay”. “The Anti-Aggregation Committee” born after May 1968 believed, moreover, that the function of aggregation, by creating a hierarchy between professors and seeming to legitimize it, was to allow non-agrégation to be underpaid.

Would the place of agrégés be in higher education? Certainly not, say those who consider that higher education should be enriched by research. In fact, the legitimacy of the “prag” is today disputed: it would be a source of “secondarisation” of higher education, and the recruitment of Prag would only serve for reasons of savings (a Prag owes a service twice as high as that of a teacher-researcher).

Too scholarly for the second degree, winner of a competition that does not allow room for research, the agrégé, basically, would have no place anywhere. The aggregation should therefore be deleted. This is the opinion of SGEN since 1989.

Obviously, the supporters of aggregation do not agree. They regret that we always compare the bad associate professor and the good non-associate professor. Too learned, the aggregates? You need to know a lot to teach even the basics, because it is the height of views that makes it possible to give meaning to the teachings. Incapable of interdisciplinarity? To assimilate high disciplinary knowledge and disciplinary confinement is a fallacy.

Not sufficiently trained from a pedagogical point of view? But after the competition, the agrégés follow the same training as the certified in the INSPE (higher national institutes of teaching and education): they just proved their disciplinary excellence. How to consider that this can be a negative element? The aggregate is nowhere in its place? But who can replace it in CPGE? And how can we at the same time question the competence of the agrégés in the second degree and regularly denounce the fact that the agrégés would be concentrated in the “best” establishments, not sufficiently present in those of suburbs?

The problem with the aggregation is that it has a threefold function: recruitment of secondary professors, internal promotion and sometimes selection criteria (still today in literary disciplines) for a university post. How to cut this Gordian knot? How to reconcile the existence, since 1972, of a mode of access on the list of aptitudes (therefore without competition) to the body of the agrégés (one seventh of the body) and the institution, in 2016, of an “external competition special ”reserved for doctorate holders?

With its didactic tests, the internal aggregation tends to secondarize the competition, while the waiting horizon for many winners of the external competition is higher education. The threat ? This is… disintegration. Statutory, the agrégés must ensure their service in the CPGE, in the classes of high school, and, exceptionally, in the classes of college. But one in five teaches in college. Are these the same skills that are required of a college professor and a Prag? Is it the same thing to be an aggregate on the list of aptitude exercising in college and holder of the external aggregation exercising in CPGE?

The solution undoubtedly resides in a tightening of the place of the agrégés, of the final classes of the high schools at the license level. This would be in line with the official objective of the bac-3 / bac + 3 continuum. But the secondary unions are opposed to the total withdrawal of aggregates from colleges, fearing that the separation of functions between aggregates and certified would harm the gradual acquisition of the advantages of aggregates by non-aggregates. So this is the status quo. But also, at the same time, the gradual disjunction between the CAPES tests, which are more and more “professional”, and those of the external aggregation, which have remained scientific. And this for an almost identical function.