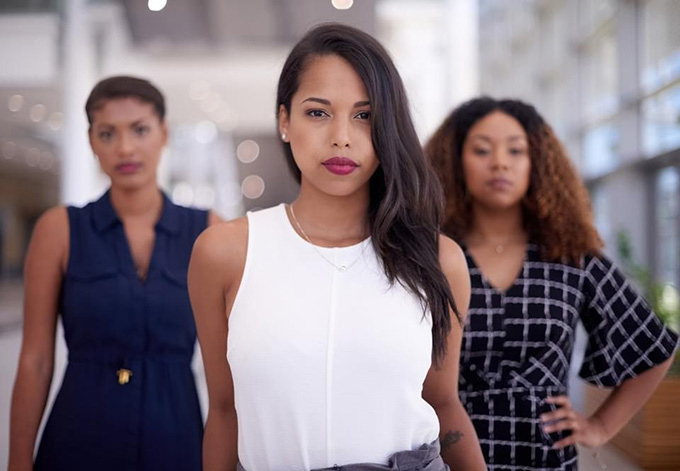 What is your experience being a woman of color with a doctoral degree?

I am not only a woman who holds a Ph.D. in a male-dominated field, but a woman of mixed heritage (Irish and Native American). There was never a time during my Ph.D. studies that I was not made aware that I was different, sometimes unwelcome, and most assuredly unlikely to thrive in academia.

I am still taken aback when introduced at functions or to peers by my first name after prior introductions of my male colleagues included “doctor.” Though it may not always matter to my ego if I am called “doctor,” it is critically relevant to fostering a culture of respect and belonging.

As an academic, my Ph.D. is my calling card. It’s a sign that I was trained “properly” and that I am an independent researcher and leader in my field. Without it I would not have achieved my professional successes.

There have only been a handful of times when I’ve encountered people who refuse to use the title “doctor.” I certainly have had numerous encounters, particularly on airplanes, with people who, when I tell them I am Dr. Hannigan and I explain what I study, they respond with a variant on the theme of “Oh, so you’re not a real doctor.”

While I am usually unperturbed by not being introduced or addressed as “doctor,” I am sensitive to introductions that are followed by “and she is Native American” – as if being Native American were a barrier to achieving a Ph.D. in and of itself. Every time I hear this I hear the “and” emphasized in a tone of shock and awe. I imagine people thinking: Can you believe it? She is Native American and went to college and someone gave her a Ph.D.?

No one has ever said “and she is of Irish descent.” Well-meaning people seek to use my presence as a doorway to open conversations around Indigenous issues and concerns. I do still bristle when these situations occur but, of late, have begun to embrace them. I now clearly see the opportunity being handed to me – to make sure we are having the tough conversations, making real cultural change and creating systems that ensure people of color and across the gender spectrum can thrive in academia.

Dr. Cecilia E. Suarez: The now-infamous Wall Street Journal op-ed giving Dr. Jill Biden the uninvited “advice” to shed her earned title of “Dr.” is yet another drop in the ocean that exemplifies patriarchy and white privilege.

The suggestion that “Dr.” is not significant or appropriate for those who earned a doctorate is yet another way to continue academic gatekeeping and further perpetuates inequitable stratified systems of power. Additionally, it is often marginalized communities that bear the amplified brunt of stress caused by this disempowerment.

To be honest, I’m not surprised by the op-ed’s efforts to strip away hard-earned qualifications of those not in power. This kind of thing happens every day to women of color, particularly Black women. Oh, and yes, I am absolutely, without a doubt, making this about race.

As a woman of color, first-generation college student, turned doctor, I see the use of hard-earned titles as hardly a power move. I’ve lost count on the number of times I’ve been the only faculty member in a meeting or conference session not called “Dr.” or the only faculty member students refuse to call “Dr.,” but rather use “Miss.” The disregarded earned title of Dr. for women of color is not simply an instance of forgetfulness. Rather this practice minimizes the visibility of women of color with doctorates and further perpetuates the inequitable opportunity of this population in education and society.

Women of color Ph.D.s serve as role models and mentors for girls of color. Our existence communicates that doctorates are attainable by women of color, because representation matters. We’ve also broken our backs to build and educate a nation that has shied away from taking up our causes until they impact white women, like Dr. Jill Biden.

So, yes be outraged and disgusted, but please be so at the chronic stripping of strength and humanity for all women, especially women of color who continuously experience multiple layers of harm. I can’t prescribe medicine or perform surgery, but I excel at educating future leaders and can diagnose the fragile ego of white privilege in my sleep. Trust me … after all, I am a doctor.

Author Bios: Cecilia E. Suarez is Assistant Professor at the University of Florida and Robyn Hannigan is Provost at Clarkson University