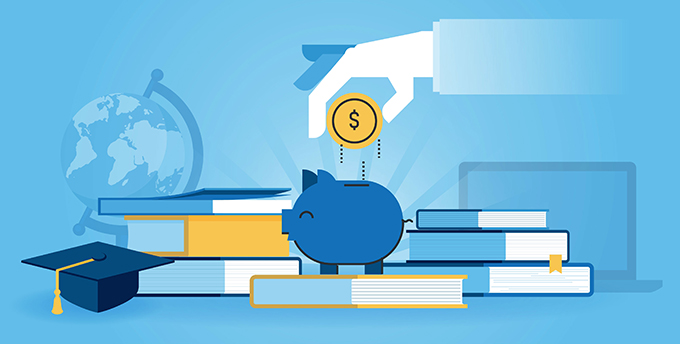 As college tuition continues to rise at a staggering rate, people tend to worry about how much harder it becomes for students and families to pay for college.

As researchers who focus on higher education, we found a different reason to worry.

What we found is that for every $1,000 increase in tuition at four-year nonselective public universities, diversity among full-time students decreased by 4.5 percent.

In other words, as tuition goes up, diversity goes down. The end result is the nation’s colleges and universities become less reflective of the ethnic diversity of the United States as a whole.

How long does it take for tuition to rise by $1,000 at a given university? A $1,000 hike could happen over the course of only one or two years in some cases. Over the past decade tuition and fees rose by $2,690 at public four-year institutions.

Why diversity on campus matters

The fact that diversity drops when tuition rises at certain colleges and universities is a big deal. For starters, it means that more minorities might choose not to enroll in college and, therefore, forego the economic and social benefits of higher education.

But less diversity doesn’t just affect those who are priced out of higher education. It also affects students who are able to afford college.

A decade’s worth of research shows that more diversity on campus brings numerous benefits. These benefits include a richer intellectual environment that features a variety of different perspectives.

Across 1,800 empirical studies, there is a striking “consistency in the evidence regarding students’ engagement with diverse peers.” This is particularly the case in relation to students’ exposure to diversity, whether that exposure be in class, through student organizations or even informal campus encounters.

Examining the effects of tuition hikes

Our study looked at both diversity and tuition levels at approximately 600 public four-year colleges and universities, as well as 1,000 public two-year colleges from 1998 to 2012. Diversity was measured by a standardized measure of the likelihood that two students chosen from a college or university at random will differ in terms of race or ethnicity.

Taking all four-year institutions that we examined as a whole, we found minimal effects of tuition hikes on racial and ethnicity diversity.

But things changed when we focused specifically on the least-selective four-year institutions. These are institutions where the average test scores of incoming students indicate that they admit a wide range of students in terms of academic preparation and achievement.

At those those institutions, a $1,000 tuition hike would lead to a 4.5 percent drop in racial and ethnic diversity among first-time freshman. At two-year public colleges, the drop in diversity associated with a $1,000 tuition increase was smaller but still significant at 1.4 percent.

While our study did not directly track where students enrolled, these changes in diversity at public institutions suggest that some students are forgoing a college education altogether.

We also uncovered intriguing evidence that tuition changes among private institutions within a 100-mile radius has the opposite – and a potentially larger – influence on student diversity at public institutions.

As colleges come to grips with a rapidly changing landscape, tuition increases should be understood not only in terms of the bottom line, but also in terms of how they might change the overall composition of students on campus.

Whenever tuition rises – at least at nonselective four-year colleges – it not only means students will have to pay more for college. It also means they will have a lesser chance of attending college with someone from a different racial or ethnic background – and a less rich academic experience as a result.

Author Bios: Drew Allen is Executive Director, Initiative for Data Exploration and Analytics for Higher Ed at Princeton University and Gregory C. Wolniak is Director of the Center for Research on Higher Education Outcomes and Associate Clinical Professor of Higher Education at New York University