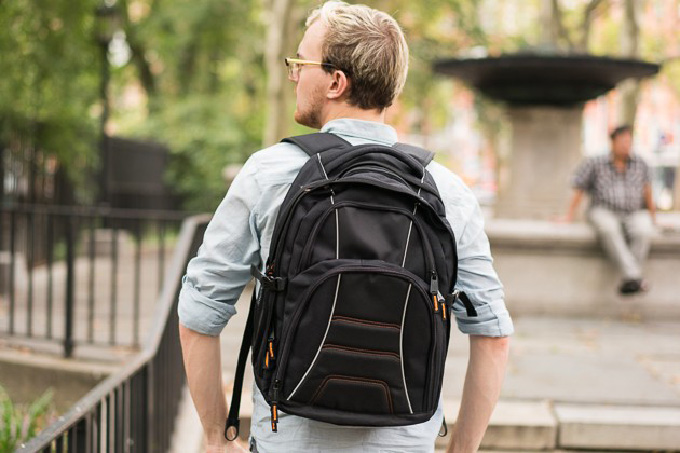 Despite the intense relentless indoctrination of our public schools, our higher education system has been losing students for years now (six straight years, and we’re clearly heading for seven). Our leaders in higher education have been crying about this as a bad thing. They insist “education is priceless,” and of course want to charge accordingly…but I disagree. Oh, education is valuable, of course, but this is the modern world. Pretty much all human knowledge is available on the internet, and you can watch free videos teaching how to learn ever more obscure skills with little effort.

It just doesn’t make sense to pay $125,000 (the average) for a random degree under these circumstances. It’s simple reality, and, as humanity has learned time and again throughout history, reality eventually will trump any level of indoctrination.

A recent chart tracks how our schools have been losing students, but fails to discuss the “why.” I wish to do so, lightly, but first the chart:

A free market really is an awesome tool for discovery, and higher education is, to some extent, a free market. Yes, government indoctrination assures a steady supply of suckers right out of high school desperately wanting “higher education,” and yes, the government has considerable control over who can give out an actual degree, but bottom line customers get to freely choose where they get their degrees, and this chart illustrates how even in our heavily corrupted system, the free market shows its power.

The biggest loss in students goes to the “for profit” schools. These places have a strong record of being scams in general, and that word has gotten out. For the most part, they never intended to be around long, simply renting a few slots in a strip mall or setting up some online servers. They preyed on the most vulnerable in our society, or at least the poorest, often signing up kids for huge loans without their knowledge. Only years later do the kids, now adults, learn they’re under crushing debt. Though the debt was incurred through fraud, the system is set up in such a way that even falsely incurred student loan debt is still nigh inescapable. The Federal government has forcibly shut down many of these schools, only to be shocked, shocked to discover that accreditation actually doesn’t have a problem with fraud. It’s good the government shut down the frauds, but the people who created the frauds walked away with billions of dollars, while the students are still on the hook.

The next biggest loser in the above is the category of “2 year public” schools, the community colleges. I concede the for-profits commit more fraud on a per-student basis, but, bottom line, the community colleges are bigger frauds in the sense that they rip off far more students, and steal the money of everyone in the community who pays taxes…i.e., everyone. The Federal government doesn’t look closely at these schools, which are often academically just as ridiculous as the online for-profit schools. Our Fed government trusts the state governments to do the policing here, but this is silly: community colleges represent an easy way for a state government to suck in many billions of Federal dollars via the student loan and Pell Grant scams. It’s a huge, massive fraud, over 70% of community college students end up being victimized by their schools, getting absolutely nothing (not even a worthless degree) from their community college, wasting years of their lives while the school rakes in tons of easy money. But the free market is starting to figure it out, and so the true colors of these schools are finally becoming known.

The third place loser is the category of “4 year private non-profit,” but this is just a statistical blip. These schools are pretty vulnerable to being turned into indoctrination centers, and around 78% of departments of these schools have no Republicans in them—the only way this can happen is with political bias in the hiring. It’s pretty amazing the free market still can reveal that this product is inferior when one considers how these schools represent a fairly tiny proportion of our student population.

Our 4 year state schools come out on top as the least-foul option according to the consumer, and allow me to explain why this is the case.

First is legitimacy. Many states can boast of having universities founded over a century ago, when our higher education system was controlled by scholars, who often insisted on tenure. When the modern “debase it all to get as much student loan money as possible” paradigm came on track, these schools and their stodgy old faculty wouldn’t sell out their integrity for dollars. I grant to a considerable extent those days are over, and it seems every month I see tenure destroyed at another state school, to make way for bigger golden parachutes for the plunderers who have taken over our campuses. Even where this hasn’t taken full effect, many state schools settled on a “two tier” system of education—you can still get a perfectly legitimate education, but in the name of growth (i.e., dollars), there’s a fake education system built into the same school as well, with lots of bogus courses. Not all state schools have it, but bottom line the kid at least has a chance to get an education at the state university, a chance he won’t get at other school types.

Second is price. Private and for-profit schools can change their tuition prices every week if they wanted to, but state schools often have to go through the state legislature to change their tuition. The end result is that “average” price for a 4-year degree is misleading, as it’s weighted heavily in favor of the far more expensive schools which don’t need approval to raise their prices. No, I’m not saying state governments are not corrupt, but the whole process is much slower than at the non-government schools. Yes, community college is cheaper, but word about the rampant fraud there is getting out—paying fewer dollars in tuition does no good when the courses are completely worthless.

Just as when you go to a restaurant for lunch at noon and seeing it deserted makes you worry that you’re not at a good place, so too should you use the empirical data above to consider the possibility that the reason students are fleeing certain schools is because those are the types of schools to be avoided.

Word to the wise, is all.