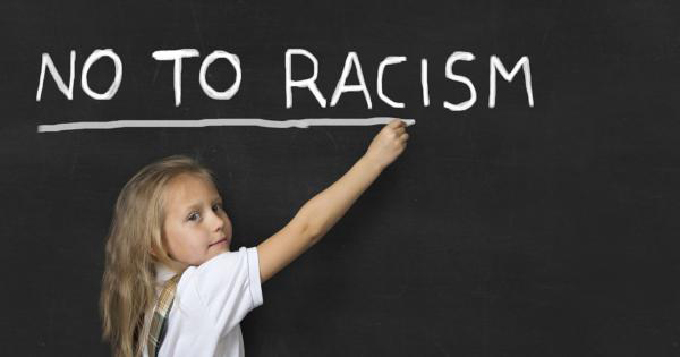 Exhibitions of Anti-White feelings on campuses today are coming too quickly to keep track of. I’ve only covered a fraction of them in my blog, but one of the more recent displays of racism, explicitly anti-white racism, stuns with all the implications.

You can read the full letter here, but allow me to just quote a select bit of this drivel:

“Now I am become white, the destroyer of worlds.” When I think of all the white people I have ever encountered…there is perhaps only a dozen I would consider “decent.”

The whole essay is like the above, just a toxic swirl of ignorance, hatred, and confusion. There have been all sorts of protests about this essay, all quite justified…maybe this country is finally waking up to the fact that the level of hatred against white people is simply ridiculous. Some guy writing a stupid essay is no big deal, really, as there are lots and lots of stupid people in the world who think stupid things, and they are certainly entitled to their opinions, no matter how stupid.

So I’m not going to jump on the bandwagon and take easy shots at the essay, because that’s not the issue—it doesn’t matter how much we scream and protest, there will be people like this. Let me address the real troubling issues here:

First, this was published in the student paper at a university. These papers are nominally run by students, but also have administrative commissars overseeing them, ensuring that wrong-think is never published. In order for this hate-filled essay to get published in the paper, it had to have been reviewed by the editorial staff, as well as the administrative commissar. They read this essay of hate, an essay offensive to their readers (this is a Texas school, lots of white people there) and saw no reason not to publish it.

The staff and administrators at this school approve of this level of hatred for white people. This is perhaps the most important take-away from the publication of this essay: lots of people now hate white people, and they are at least in control of the student paper on this campus. It’s reasonable to wonder how many other places they also control.

On the face of it, we need to be very concerned that this sort of hate is now mainstream enough to make a university paper. The next issue is a bit more subtle, and you need to look at things from the author’s perspective:

Martinez says he grew up in Miami and for the first two decades of his life he never had any interaction with white people.

To the best of my understanding, whites are the majority race in this country, but now it’s quite possible for a person to literally grow up in this country, to spend 20 years here, and have no interaction with white people.

The mainstream media doesn’t discuss “no go” zones, so allow me to risk patronizing my readers with a short description. No go zones are places where the “usual” citizens cannot go, for fear of their life, where even local law enforcement fears to tread. I’m not talking about strongly ethnic neighborhoods like Little China or such, but actual places where the immigrants have basically declared their own sovereignty. It’s easy to look in horror at European countries which now have dozens of such zones where the Europeans do not dare go, but obviously we have places in this country now which are so insulated from American culture, a predominantly white culture, that you can raise your children without any concern they might actually interact with a white person.

Many countries have strict immigration policies that forbid the changing of demographics. I’m not just talking about famously xenophobic countries like Japan (and I’m not criticizing them in any way), even Mexico has it hard-written into their laws that they cannot change the demographics of their country.

We really should start asking some questions about whether it’s a good idea to continue these sorts of immigration policies. The fact that we now have a sufficiently large immigrant population that they can raise their children here without risk of “exposing” them to our native culture is troubling.

This leads to the third issue raised by this essay.

These kids learn to hate in our school system, which clearly spends far too much time teaching these kids to hate, teaching an ideology filled with hypocrisy instead of educating. By extension, we also need to look at our higher education system, which clearly is both filled with people trained to hate whites, and sees no problem with spreading and furthering this message of hate.

So while many sites covering this essay are taking the easy route and just pointing at how sad and embarrassing it is for that Texas university to publish such an atrocious essay, we really need to understand the implications here. We now live in a system which allows such a pestilent form of racism to be casually inflicted upon the public.