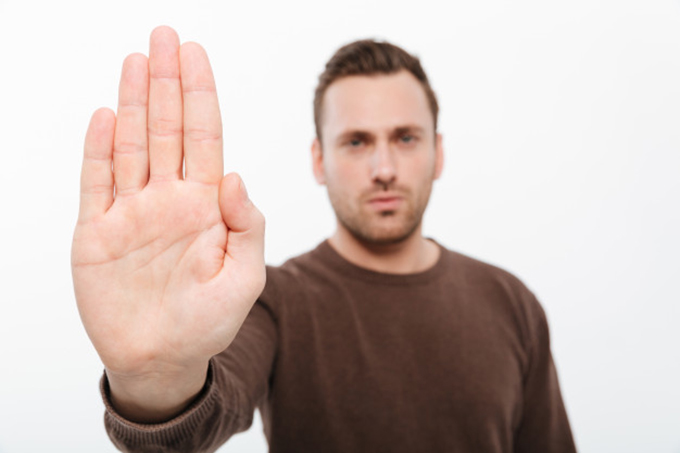 Academic research is an increasingly open world. Technology has reduced the tyranny of distance which has encouraged more international research. Over eighty percent of Australian Research Council grants include an international researcher. I often say that researchers are privileged because they are largely free of restrictions around anti-competitive behaviour and similar limits that are placed on the commercial world. The culture there is largely one of confidentiality and opposition to people doing similar work, whereas our culture allows us to write to other researchers (our ‘competitors’) and suggest a joint project.

You can’t do research with people that you can’t abide or don’t trust. Well, you can… but it isn’t a great idea and usually ends in tears. Most research relationships are trust relationships. You need to build trust first and it is difficult to continue if that trust is broken.

Beyond that there are companies and individuals that you can’t do funded research with. There are institutional rules or government legislation in place that forbid you from being funded to do such research.

An individual who is judged to have egregiously broken official research ethics and codes of conduct can be banned from receiving government funding. In the USA, the Office of Research Integrity can ban researchers from receiving government funding for 5 years or 10 years. In rare cases, they may go to jail. You can’t do research with people who cheat.

In many countries, the government maintains a list of organisations and individuals who are known sponsors of terrorism. Everybody in the country is forbidden from having any business dealings with them. That includes research. If you live in one of those countries (which is most of the world), you can’t do research with terrorists.

In times of war, special restrictions come into play that forbid organisations and individuals from consorting with the enemy. This can be particularly hard when neighbours go to war. When Iraq invaded Kuwait this broke apart long-standing research collaborations that had worked together in peacetime. If your country is at war, you can’t do research with the enemy.

In a cold war, things get murkier. During the Cold War between the USA and the USSR, the House Committee on Un-American Activities targeted researchers accused of communist sympathies. At its height, there seemed to be no limits on who might be accused, for what sorts of activities. This bred an atmosphere of suspicion and mistrust. It was unclear who was safe from the Committee.

In the last few years, several governments (including Australia) have published guidelines on identifying legitimate and transparent foreign influence and responding to covert, coercive or corrupt foreign interference in their national university sectors. For example:

These documents generally don’t mention specific countries. Where they do, it is in sections that celebrate collaboration, rather than control. The Australian guidelines do not mention China, but they are widely understood to be focused on China. When the Australian Minister for Education rejected five Australian Research Council grants in December 2020 on advice from intelligence agencies, all of them had links to China.

I understand that the Government of China is exerting undue influence in Australia and other countries, in the same way that the Governments of the  Soviet Union and the United States of America have sought to do in the past. Like India, the Chinese nation is emerging from its ‘century of humiliation’ and has reclaimed a central place on the world political stage.

My concern centers around Australia’s track record of enacting policy instruments that are written in neutral language and then implemented in a racist manner. In 1901, Australia enacted the Immigration Restriction Act 1901. The Act was written in racially neutral language but within it a ‘prohibited immigrant’ was defined as someone who failed ‘a passage in fifty words in length in an European language’ – the notorious dictation test. Secret instructions issued to officials directed them to only issue this dictation test to ‘coloured’ arrivals and to ensure that they failed the test. It could be applied to anyone, repeatedly, until they failed it. It was designed to be failed. The legislation did not nominate any target group. However, for over fifty years, the dictation test was overwhelmingly administered to non-white migrants. It also acted as a deterrent – because the dictation test existed, some people did not even try to come to Australia. Chinese Australians clearly thought they would be caught by it as they were the group that overwhelmingly applied to be exempted from it.

Like the White Australia Policy’s Dictation Test, these guidelines aren’t evil as they are written. But evil can reside in how they are implemented. As university administrators, we will be required to implement these guidelines. We need to understand how to do that in a balanced, reasonable way. We need to think critically about these kinds of policies and be mindful of how they are used.

We absolutely should not be putting up barriers to research based on race or any other protected characteristic. Without carefully designed procedures, there is a great risk that we will make it too uncertain or difficult to build perfectly valid research partnerships.