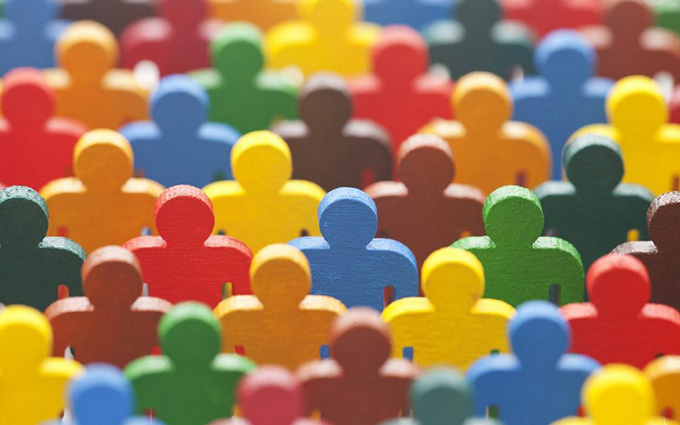 For many years, I lived as an out gay man. Out in most aspects of my life, anyway, but I didn’t openly talk about my sexuality, LGBT+ issues in general, or the unique challenges of being a gay man.

This all changed for me when I came out at my local cricket club. I had played there for a couple of years but keeping my private life shut off was damaging my relationships with teammates as well as leading to poorer performances on the field. Since coming out, I have been more open about who I am, which means encouraging greater equality in my club and more broadly within cricket, an environment that is very heteronormative and masculine. This has felt appropriate and right. I’m definitely in a minority both at the club and within cricket more generally. Gay men have often found sports, and team sports in particular, to be hostile environments leading to exclusion and lower participation. While most of my interests and activity in this area has related specifically to LGBT+ inclusion, I always try to talk about and promote equality, diversity and inclusion more generally. I’ve learnt a lot from my experiences as a gay man in a traditionally straight sporting environment, both before and since coming out and I’ve talked about them in blogs and for Sky Sports. My views are seen as valid, I’m a minority voice, this isn’t questioned. My experiences count.

Since coming out within a sporting context I have invested more time in understanding equality, diversity and inclusion (EDI) issues in all parts of my life and in the world around me. This has included recognising that gay men and other LGBT+ people have unique experiences, stories and lessons within the higher education (HE) sector, the sector in which I have worked for the last decade. With more and more of my work taking on an international dimension it has become clear to me that the experiences of the LGBT+ community within international HE can be profound and unique and drawing on these experiences can offer challenge and lessons across the spectrum of diversity and inclusion both within and outside of HE.

I believe that inclusive and diverse work environments and cultures can enhance international research collaborations and ensure cultural relations are understood, embedded and strengthened globally. I know I have learnt much over my lifetime and in particular the last three years where I have explored EDI more closely. I know that I still have much to learn and will no doubt have made some mistakes along the way. Any mistakes, misunderstandings or miscommunications have been mine to own and I have learnt much about internal and implicit biases and other aspects of EDI along the way. I know that my own personal experiences are valid but I have also learnt that they are still not seen that way by everyone.

When, as gay men, we get involved in conversations, debates and EDI work within higher education the first pushback we get is that you are men, the implicit meaning being a man can’t talk about diversity. I doubt this would be raised if a woman or another minority was proposing to speak about EDI issues and challenges. As gay men, we don’t pretend to have walked in everyone else’s shoes or experienced what they have experienced and we definitely wouldn’t speak on others’ behalf, but we know our experiences as gay man are real and unique. The questioning of the validity of my and my colleagues’ gender points to a gendering of the EDI space in higher education where our voices, as men, are delegitimised. But worse than this, I believe it sidelines the experience of LGBT+ people. It assumes that their experiences are not as real, authentic, problematic or equal as others. This highlights a possible embedded bias within EDI thinking in higher education and it demonstrates the absolute importance of tackling EDI from an LGBT+ perspective. Gender and ethnicity are critical issues in HE and beyond but EDI doesn’t end there. Gay men have often, during their upbringing, experienced having their gender identity being questioned – gay men are often not considered “real men”. To that extent, many gay men would have something to say about their experience of gender and gender roles. This is often overlooked, suggesting that current discussions are based on stereotypical gender definitions, which is perhaps why some feel the discussion hasn’t moved much over the last decade.

We should all be able to talk about diversity. We might not share the same experiences, but if only women can talk about diversity as they are the minority excluded from power, without involving men, the majority with the power to change things, then are we not only reconfirming the current power structures? This thinking taking to extremes suggests that we cannot learn from each other or help each other. This can only make things worse.

Recent LGBT+ history shows the value of allies. We now have the right to marry in many countries, and are able to adopt children, are secured by law from discrimination and can be open at work, in sports, etc. In many of these countries, being gay was officially considered a mental illness only 30-40 years ago.

Much of this was obtained by (sometimes violent) fighting from the LGBT+ communities. Today, Pride can often be a party, but it is important to remember that it was originally a commemoration of the Stonewall riots in New York in 1969. We could never have been recognised and gained all this on our own. We had straight allies at all levels of society who brought these issues with them and helped change not only the legislation but, just as importantly, the minds of society.

We will never pretend to know what it is like to be other minoritised groups, but we can draw on our own experiences of being a minority to help show what it’s like to be a minority, and to help us all develop the tools to see our own biases and become more inclusive.

After reading this, take a look at your own university, department or research group. Do you ever discuss diversity? If not, why not? And, if yes, who discusses it? We are all part of the solution. We share the responsibility of creating environments where minority voices can be heard, where we all feel safe and welcome, and where we can help each other thrive.

Author Bio: Lachlan Smith is Director of Cloud Chamber. This post was written by Lachlan with contributions from Jakob Feldtfos Christensen, who is director of Diversiunity.