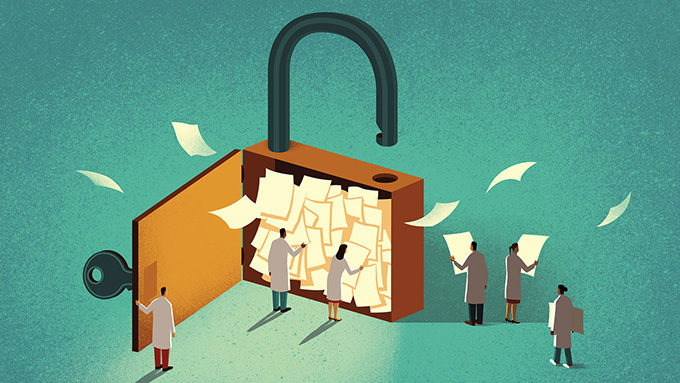 Editors and reviewers are the most important authorities in academic publishing because they read, examine and ultimately decide the fate of a submitted paper.

This work is often not paid, making the commitment to it even more admirable. However, this fascinating process becomes suspicious when the editorial board of a journal refuses to publish a paper for unfounded reasons or when one of its members appears to benefit from multiple citations in the publication.

Editorial boards are human and undoubtedly have their own biases. But authors who wish to appeal against a decision face a complaints procedure that is time-consuming and often fruitless because appeals are made to established professional networks that often come down on the side of the editor.

I am writing this based on one of my own submission rejections; it is a case where I strongly felt that the journal editors were biased because my paper was turned down immediately with scant explanation as to why.

Rejections can often be more helpful than acceptances because they provide scholars with a rare opportunity to reflect on and improve their work. I greatly appreciate rejections precisely for this reason, but the quick dismissal accompanied by “I find that the manuscript does not break new ground or offer insightful new methodology” puts a question mark on the role of editing for the purpose of providing helpful criticism.

I contested the decision for my rejection and sought further explanation from both the associate editor and the editor-in-chief, but I didn’t receive a satisfactory reply. This raises an important question as to who should oversee the credibility, accountability and ethics of journal editors.

What’s more, when I researched this particular editor, I was surprised to discover that a number of his own papers had been published in the same journal that he edits and manages. This revelation is quite suspicious. The entire process should be made more transparent – any papers that are authored or co-authored by editors published in the same journal where they work must thoroughly be reviewed.

In another strange occurrence, an associate editor of a respected earth sciences journal asked me to cite his many papers when he was reviewing my submission. When I looked him up, I found heaps of publications in the same journal that he edits – and shockingly, his citations skyrocketed after he became editor. I found one paper that he had reviewed in which 13 of his publications were cited. This type of citation fraud demands a solution.

Some editorial board members will always use various ways to influence the publication system and use their power to inflate their own research. But there is no overarching regulator that can look into complaints of bias and take legal action where necessary. This exposes serious problems in the world of research ethics and is also the possible reason for the growth of predatory journals worldwide.

The first step towards a more transparent editorial process would be to build a group of external review experts who will look into the decisions that are routinely made by editorial boards. This could be done formally in collaboration with publishers.

Another step would be to establish an independent organisation to evaluate the decisions of editorial teams on a case-by-case basis. Included in this would be a web portal where authors could upload and see editorial decision letters and reviews for free. Such a portal could also feed in to a database that could be examined, scrutinised and possibly used to monitor patterns of biases or take action on any decisions that are made.

And since the problems are most probably related to the unethical behaviour of certain individuals in editorial teams, university-level ethics groups could go a long way towards keeping an eye on researchers’ activity as editors and their citations records.

It might go against the great traditions of academic publishing, but procedures that target citation fraud and create greater transparency can help make it a more merit-based decision process.

Author Bio: Afroz Ahmad Shah is an assistant professor of structural geology in the department of physical and geological sciences at the Universiti Brunei Darussalam.