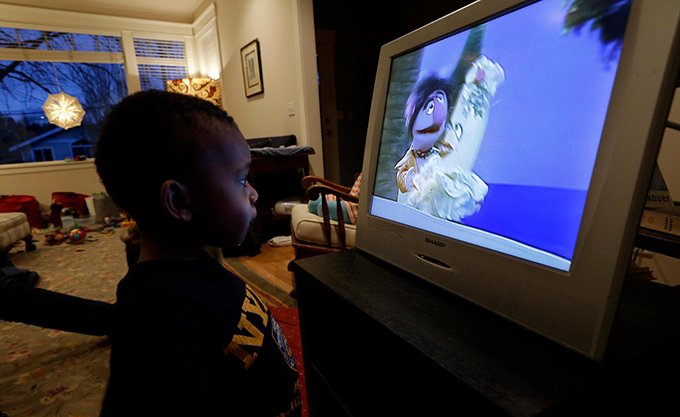 José Manuel Pérez Tornero has recently been appointed president of Radio Televisión Española. This has reminded us that he was a great guru of media literacy and an icon in the studies on educational television in Spain and in the world. He still maintains a theory that has not expired in time: “Audiences learn in an entertainment program and also in a fiction program. That is why television must be transversal and open a cultural, educational, scientific and intelligence aspect ”.

How to forget those years of open debate among educators and journalists about the advantages and dangers of television. From the beginning, back in the 1960s, a division was created between programs that imitated the dynamics of the classroom and cultural programs, typical of a more informative television.

The prize for remaining on the television grid is awarded to La Aventura del Saber , the result of a collaboration agreement between the Ministry of Education and RTVE that tackles adult illiteracy through cooperation links between television and the educational system. It was introduced in 1992.

The fashion for educational television in those years was translated into an implosion of cultural competitions such as Saber y Ganar , broadcasts of classical music, didactic cartoons such as Los Lunnis or the famous Documentaries of la 2.

Choose between documentaries and “heart”

Deciding on the white elephant of the Savannah in hours of a placid nap was a whole bet to learn, taken as a joke by the followers of programs of the heart. Competing with the pink press in the same time slot was, and still is today, a losing battle.

The first chapter of the docudrama Rocío: Telling the truth to stay alive about the life of Rocío Carrasco has reached an audience of more than 3 million viewers (33.2% share ), which has also involved the leaders of the politics and has opened the debate on the effects of spectacularization before an uninformed public.

The ghetto of the second chains

There are many reasons to think why that educational television model did not work. Perhaps relegating these programs to the ghetto of the second channels took its toll on a television that combined training, information and entertainment. Again, the consumer society gobbles up fast food-type products and is not prepared to digest the discourse of “knowing.”

But what happened to that educational television? In a world dominated by social media, coupled with the risks of Covid-19 and an unprecedented infodemic, television has once again concentrated the interest of a disaffected public towards politics and traditional media. A pact against disinformation that platforms such as Twitter have also signed , which decided to withdraw Trump’s account (@realDonaldTrump) after the events of the assault on the Capitol .

Public networks tend to move away from gossipy internet gossip and sit analysts at the chat tables, broadcast in-depth reports to respond to people’s anxiety and confusion, and collect testimonies from direct sources, closing the door to sensationalism.

For this reason, today, traditional journalism that was perverted with social networks can regain the role of verifying the lie. The solution is called media literacy .

It is the opportunity for the media system and the educational system to reactivate and sign a pact that protects, especially adolescents, from cyberbullying and the use of technology. The homework page is dense.

And how do you combat misinformation?

The School has to promote good television without dispensing with secure digital tools. The University has to get involved and create a global network against misinformation. And the Government has a maximum responsibility that goes beyond a budget policy.

A rescue plan for educational television is urgently needed . The one from before no longer fits . The famous question of how many hours a child spends in front of the TV has been transferred to Instagram or Tik-Tok.

Faced with the influence of the “artificial”, only a television with foresight resists, that recovers the conversation of families and friends, that does so with a renewed product, that reserves a space in prime time, that does not associate educating with boring, copying from the networks the ability to interact with the public. Let the truth tell.

Author Bio: Concha Pérez Curiel is Professor of Journalism and Institutional and Political Communication at the University of Seville