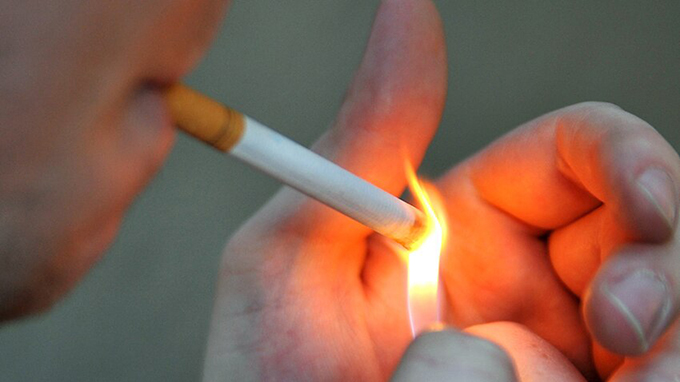 33% of 15 year olds have already smoked cigarettes. If the consumption levels of French adolescents have been falling in recent years, they remain above the average of other European countries. This trend is part of a context marked by a high consumption of adults which, even if it has also been decreasing since 2016, remains particularly significant in France: 30% of people aged 18 to 75 smoke tobacco in 2019, compared to 15% in Great Britain and 14% in Australia for example. And a particularly worrying observation, social inequalities relating to smoking take hold at a very young age in our country.

Tobacco is a product that triggers an addiction. Knowing that 90% of smokers started before the age of 18, the main challenge is to develop the capacity of young people to keep their freedom from this product. The role of all those in charge of children and young people is thus to ensure that the conditions for this freedom are created. This requires both an ecosystem of life that protects young people, and a critical education that allows them to distance pressures of all kinds, especially those related to commercial interests.

With this in mind, the World Health Organization (WHO) has just launched a campaign to give new generations the means to identify the strategies used by the tobacco industry to get them to consume its products. “Let us put an end to the exploitation of children and young people by the tobacco industry”, such is the title of this operation which deploys a set of educational tools.

Getting into tobacco consumption is a major issue for prevention, it is also a priority for marketing the tobacco industry. Each year, these companies invest more than eight billion euros to promote their products. The conflict between the profit maximization imperative and the health of the population is inevitable.

We are talking about commercial determinants of health, that is to say “strategies and approaches used by the private sector to promote products and choices that are harmful to health”. These strategies use a variety of channels through which companies influence society as a whole, governments and consumers.

Studies show that these strategies are extremely dynamic and that they constantly adapt to contexts. The most recent example is that of the Covid-19 crisis. Even if peer-reviewed journals tend to increase the risk of developing a severe form of Covid-19 in smokers and remain cautious about the association between Covid-19 and tobacco, there has been very effective promotion of a few preliminary work, conducted with a limited number of individuals, and suggesting a potential protective role for nicotine.

Besides the approach of surfing the current distrust of scientific data, another strategy is particularly effective. It is a question of making tobacco a moral stake and of public action in the matter of health a moralizing hygienism, a hunt for the “good living” , an attack on the French art of living …

Maintaining this amalgam skillfully allows us to maintain the consumption of tobacco products on the side of freedom, well-being, and the refusal of conformism, even though smoking tobacco is not a moral issue, it is neither good nor bad. Consuming tobacco products is legal, smoking is therefore a matter of individual choice (subject to compliance with the law, in particular with regard to the ban on smoking in places used for collective use or the exposure of children).

This confusion diverts from the main issue, that of the pressures that influence these choices, in particular the methods of control over adolescents.

Young people are particularly vulnerable to addictive products like tobacco:

During adolescence, tobacco consumption indeed takes on a strong social dimension. A study carried out among 5,000 European women on the determinants of the initiation of tobacco consumption shows that having friends who smoke is particularly encouraging: 62% of smokers put forward this reason. Women who started smoking to look “cool” were more likely to have started smoking early. Those who started to manage stress or feel less depressed started later .

Faced with the extreme agility of marketing strategies, it is necessary to strengthen both protection and education during this specific period of adolescence. In terms of protection, many measures have been able to be implemented over time: ban on sales to minors, regulation of advertising, ban on smoking in public places, playgrounds or in the cabin of a vehicle in the presence of a minor child, introduction of the neutral package. The challenge here is to improve the effectiveness and responsiveness of policies and practices.

Much remains to be done in education in the face of influencing strategies. It should first of all be recalled that if it is legitimate to provide education in this area it is not under a legal prohibition (as is the case for illicit drugs) but in the name of an idea of ​​the person and the citizen: the consumption of tobacco has important consequences on health, like other psychotropic drugs, it can in particular generate dependence, alienation, loss of freedom.

As a family, in sports clubs, in cultural spaces, at school, this education takes on different expressions. The school, for its part, is founded on implementing activities allowing the student to have the skills allowing him to preserve his freedom, that is to say, to be able to make informed choices.

It is the role of the school to carry out activities aimed, for example, at telling the law (the sale of tobacco to minors is prohibited), transmitting scientific knowledge relating to products, identifying the contexts of consumption , develop self-confidence, critical thinking or the ability to resist the influence of social networks, advertising, stereotypes (which make smoking or vaping a factor of integration). It is a question of allowing the pupils to appropriate the means to build their own freedom as a person and as a citizen.

Studies have been carried out on the most effective approaches for achieving young people’s capacity to resist grip. Several have shown their effectiveness in terms of preventing the consumption of psychoactive substances. This is particularly the case for the Unplugged program which concerns middle school students aged 12 to 14. Its strategy is mainly based on the development of psychosocial skills and taking a step back from social norms during 12 sessions delivered by the teacher. In all cases, it is a question of developing the capacity for action of educational establishments through training, support and the provision of suitable tools.

Real progress has been made in terms of public policies and civic engagement. By supporting cessation for those who wish to do so (this is, for example, the basis of the “tobacco-free month” initiative ) and by strengthening intersectoral approaches focused on the determinants of smoking, it has been possible to significantly reduce the prevalence of tobacco use. smoking and to stop the increase in social inequalities related to this behavior.

It is now a question of strengthening the existing systems, of amplifying those which aim at preventing the entry of adolescents into smoking and of bringing the different approaches into coherence with a view to promoting health. The challenge is to reach a first generation without tobacco by 2032 , this is one of the key objectives of the National Tobacco Control Program 2018-2022: decision-makers, politicians, public health actors and society Civilian must resolutely make use of it. Freeing young people from the influence of the tobacco industry is a prerequisite for any favorable development in health.

Author Bio: Didier Jourdan is Professor, holder of the UNESCO chair and WHO collaborating center for Global Health & Education at Clermont Auvergne University