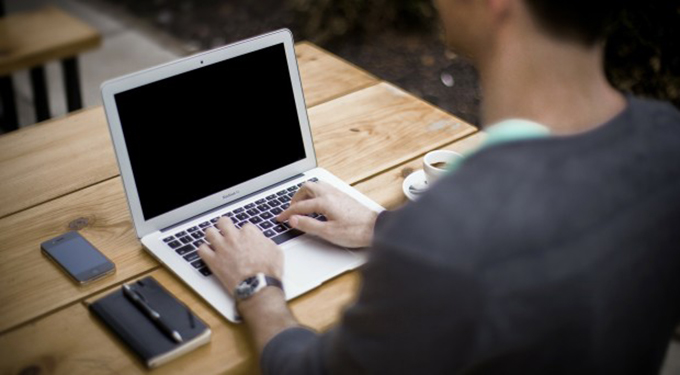 Academic conferences can be full of networking opportunities and professional wisdom. For me, last month’s Society for the Study of Social Problems international conference was brimful of both.

I had the privilege to attend talks given by prolific scholars and senior editors from across the country. I also had the opportunity to have one-on-one conversations with many of the SSSP’s distinguished presenters. This is what I learned about writing and getting a manuscript published by a top-tier academic press.

Do not wait for an idea to write

James Holstein is a professor of social and cultural science at Marquette University, and the author of more than 40 books. When I asked him what advice he had for aspiring writers, he said to do away with the idea that you need something to write about.

He elaborated: “Don’t wait for an idea to come before you start writing. Ideas will come, after you start writing.” Unlike other writers who believe that they need to have a stroke of inspiration before they sit down at their desk, James sits down regardless of whether his muse is singing or not. Echoing the butt-in-chair dictum of Steven Pressfield’s magnum opus, The War Art, James writes no matter what.

Joel Best offered the same advice to aspiring writers. As a professor at the University of Delaware, a former president of the SSSP, and the author and editor of more than 25 books published by some of the best presses in the country, Joel knows how to bring a book to fruition.

Like James, he suggests that scholars do away with the notion that they need a fully-formed, brilliant idea before they can write. Like writer (and Nobel laureate) William Faulkner, who famously said “I only write when inspiration strikes. Fortunately, it strikes at nine every morning,” Joel writes daily. He also said that when he has been on panels with other authors who have published extensively, every person had a set writing schedule. Some authors wrote in the evening, others wrote on weekend mornings. Some of these men and women aimed for a page each session, while others were more ambitious.

Despite their differences, every week they knew when they would be at their desk.

As Joel says, there are no secrets besides hard work and consistency. “If you write a page per day, or every few days, you will have a book by the end of the year.” For Joel, James, and the other senior scholars I spoke to, the common thread to their success was not any Ivy League education or an abundance of sabbaticals, it was remarkable self-discipline.

You have a finished manuscript, now what?

When she began her talk on publishing, Naomi Schneider, the executive editor at University of California Press, who recently had an imprint named after her, asked her audience this question: “What is a book?”

For Naomi, a book is a “sustained argument that makes a compelling point.” It has great research, great writing, and it takes up issues that people will care about. Many of the manuscript submissions that she receives are, unfortunately, not books.

Ilene Kalish, the executive editor at New York University Press, built on Naomi’s advice when she made the point that an aspiring writer needs to know who their audience is before they write. She said that a book’s audience should not be its author’s dissertation committee. Nor is a book a place to show off how much you have read or what disciplinary jargon you can employ. Instead, a book should be clear, concise, and accessible to as wide a range of readers as possible.

Along these lines, both editors said that they want to sell copies of the books that they accept for publication. Since half of their sales come through Amazon, the success of a book they release is not solely dependent on purchases made by university libraries. Moreover, since the 2008 financial crisis, sales at their presses have decreased some 25 per cent or more. As a result, the drive to produce books that will sell to non-academic audiences has never been greater.

Their advice for writers was to ask themselves: “How do I explain my book topic to my friends, family, and undergraduate students?” This is the kind of language that the editors want scholars to employ when they are writing their manuscripts.

If accessible prose is difficult for a scholar, Ilene and Naomi recommend that this person start reading the New York Times, the Washington Post, and other popular newspapers and magazines for which public intellectuals write articles. Aspiring writers should find a style that works, and then try to emulate this style in their own writing. The pair also said that a strong point of view and humour can help to make a writer’s manuscript more appealing to editors, because most editors want a compelling position that is not presented in too dry a tone.

If a writer plans to talk to an editor at a conference, they should have a close-to-finished project to pitch, not just an idea. Moreover, they should rehearse what they will say and be prepared to answer any questions from an editor. Both Ilene and Naomi also suggest that writers build a strong social media presence. Naomi noted that she has mentioned the number of Twitter followers a prospective author has, when she is trying to convince her press to publish their manuscript.

At the end of the day, like in any other field, the bottom line for an academic press is how many books are sold.

Carla Shedd, assistant professor of sociology at Columbia University and the recipient of the SSSP’s prestigious C. Wright Mills Award, said that if she had listened to everyone who gave her advice, her award-winning book, Unequal City: Race, Schools, and Perceptions of Injustice, would not have become what it is. She also made the point that writers should not give up if another book on the same topic is published.

While she was writing her manuscript, a book that deals with the same issues was released. It was also well-received. At first, she panicked. Then, she decided to keep her head down and continue writing. As a result, she made an important contribution and earned one of sociology’s most prestigious awards.